How The Jews Destroyed America 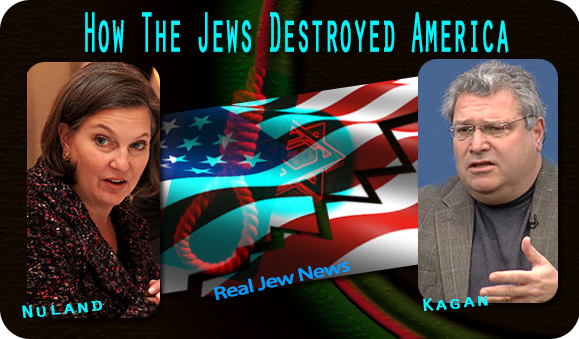 How The Jews Destroyed America
By Brother Nathanael Kapner May 7, 2014 © 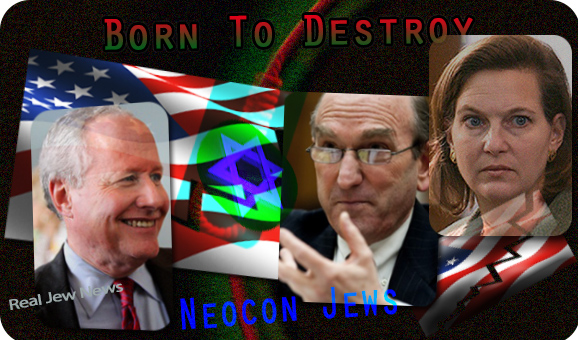 IT’S HAPPENING right before our eyes. And it augurs the end of America.


Warmongering JEWS are stirring up a mounting military expansion targeting Russia in defiance of the will of the majority of Americans.

Victoria Nuland, born “Nudelman” (head of the Jewish neocon faction at the US State Department), just promised the Jew-controlled Senate Foreign Relations Committee that she’s doing her best to stoke the fires of war:

“We’re sending military assistance to Kiev. We’re raising the economic costs for Russia’s illegal occupation of Crimea and its efforts to destabilize eastern Ukraine. But the real victims of Putin’s policies are the Russian people.” View Entire Story Here.

Alas! America is led by a warmongering JEW at State Department, Victoria Nuland.

It’s the people of America–NOT Russians–who are VICTIMS of Jewish warmongering.

America was once a friend and ally of Tsarist Christian Russia in the 19th Century.

But once the JEWS took over in 1913 with their control of our nation’s money via the Federal Reserve, any nation that crosses them becomes their target.

How many more Gentile youths need to die in wars for the Jews?

When will Americans wake up? Jews do NOT send their own to die in their wars. 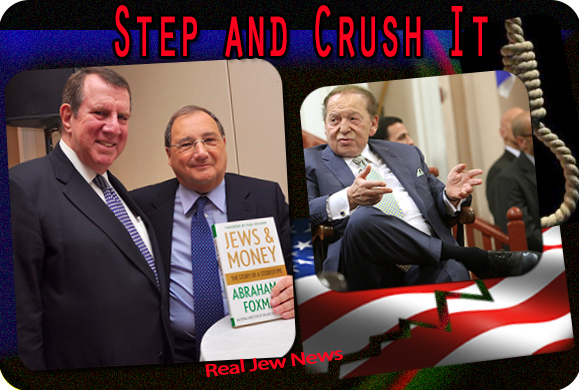 HOW HAVE THE JEWS destroyed America? Let us count the ways:

Jews Are The Main Pushers Of Homosexual Activity.

Jews Brought In Multiple Creeds via Their Open Immigration Law of 1965.

Jews Have Accelerated Inflation via The Federal Reserve.

Jews Have Created a Jewish Police State via Homeland Security.

Jews Litigate Against Christian Symbols in the Public Square.

Jews Corrupt The Youth via Jew-owned Hollywood and the Music Industry.

THIS IS ONLY the tip of the iceberg of the Jewish ruination of America.

Where are the leaders of yesteryear?

Wake up America! Jews have destroyed your country!