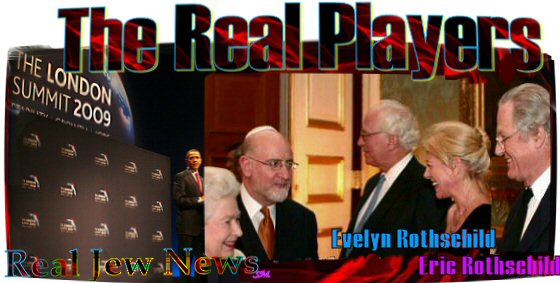 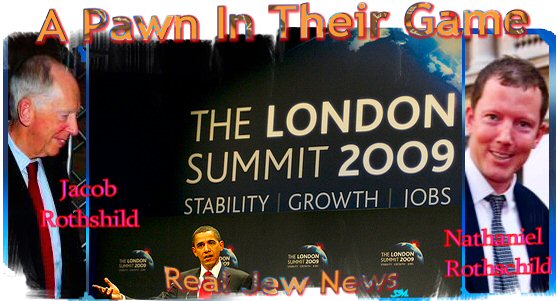 FLAGRANTLY ABSENT FROM THE G-20 SUMMIT held in London on April 2, 2009, were the REAL players-instigators of the global economic crisis: the Zionist Jewish bankers.

The Rothschild Dynasty which operates in conjunction with its Zionist Jewish banker network and friends - such as the Oppenheimer family (global mining operations with the Rothschilds) & Samuel Montegu & Co (gold price-fixing with the Rothschilds) - are the ones who truly win in these economic summits…regardless of world conditions and the controlled media coverage of them. 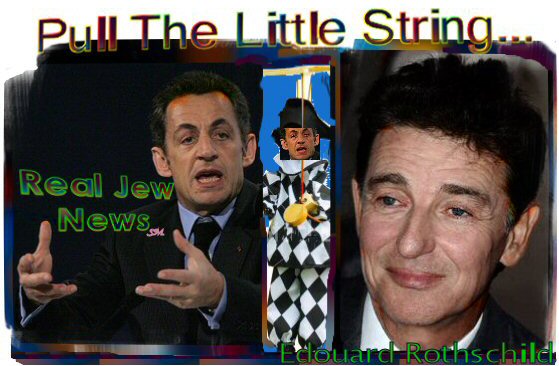 At the end of the G-20 Summit, the leaders drafted a “communique” in which they outlined their plan to solve the current financial crisis. By filtering out of the communique all the high-flung economic verbiage & hype, one can clearly see that behind the communique lurks the agenda of the Jewish Bankers, namely, global control of ALL financial & economic markets.

The following are excerpts from the G-20 communique which evinces 3 significant components by which international Jewry seeks to gain absolute global dominance: 1) A Call For A Central Regulatory Institution 2) A Call For A Universal Currency 3) A Call For A One World Government Via Anti-Protectionism:

“We, the Leaders of the Group of Twenty, met in London on 2 April 2009. We face the greatest challenge to the world economy in modern times - a global crisis which requires a global solution.

We start from the belief that prosperity is indivisible, that growth has to be shared; and that our global plan for recovery must have at its heart the needs of the world population. We believe that the only sure foundation for prosperity for all is an open world economy based on *effective regulation* and *global institutions.*

We pledge to do whatever is necessary to strengthen financial regulation, promote global trade, and *reject protectionism.*

We will conduct all our economic policies cooperatively and will refrain from competitive devaluation of our currencies by *promoting an international monetary system.*

We support an even-handed IMF surveillance of our economies and financial sectors.

We agree to ensure our domestic regulatory systems are strong. But we also agree to establish a systematic, internationally agreed-upon standard. Strengthened regulation and supervision must guard against risk across the financial system; dampen the financial and economic cycle; and discourage excessive risk-taking.

We agree to establish a new Financial Stability Board (FSB). The FSB should collaborate with the IMF to provide early warnings of financial risks and the actions needed to address them; to reshape our regulatory systems so that *our authorities* are able to identify risks; to extend regulation and oversight to all financial institutions; to take action to improve the *international consistency of capital* in the banking system. In the future, *regulation must take action against non-cooperative jurisdictions.*

We stand ready to *deploy sanctions* to protect our financial systems. The era of private banking secrecy is over.” View Entire Communique Here.

THE UNDERLYING IMPORT is clear: International Jewish bankers want TOTAL control of all financial, economic and monetary institutions & their activities. A dead give-away of the Jewish bankers’ intentions is their threat to deploy sanctions against protectionism - and by doing so, they would undermine the sovereignty of independent nations to manage their own economic affairs.

And: Corporate Power Of The International Jew Click Here

And: How The Jews Took Great Britain Click Here