Corporate Power Of The International Jew 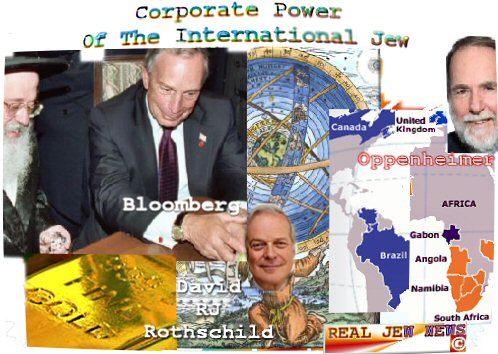 CORPORATE POWER
OF THE INTERNATIONAL JEW

JEWS HAVE WORLD-WIDE CONTROL of the major global Corporations. Thus the “International Jew” has the entire world in an economic stranglehold.

The underpinning of all major Multi-National Corporations begins with the Rothschild Banking & Mining interests:

* Rothschild Group: Headquartered in London. Finances (in their words) “governments, corporations throughout the world” Here.

* De Beers Mining: Headquartered in Zurich Switzerland. Mines both gold and diamonds primarily in South Africa. (De Beers will not officially admit to “gold mining” because they fear accusations of being in control of the “gold standard.”)

– Not only do the Rothschilds control the mining of South African gold through De Beers, they also control its price. In London, all gold bullion passes through the hands of three Jewish firms who govern the price of gold from day to day.

– Together with the Oppenheimer family, the Rothschilds through their French subsidiary Imetal S.A. once again, under David Rene James de Rothschild, have mining interests not only in iron, platinum, copper, zinc, tin, and coal throughout the world Here, Here & Here. 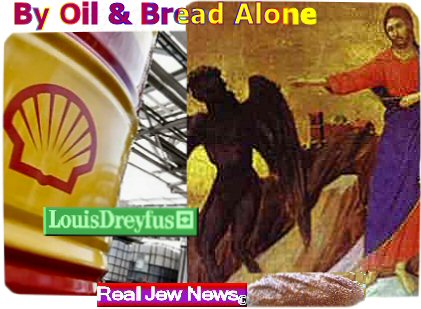 JESUS CHRIST ONCE SAID, “Man does not live on bread alone but by every word that comes from the mouth of God.”

But the International Jew does not believe this.

Here are 2 Jewish corporations that live on “bread & oil” alone:

* Royal Dutch Shell: Manufacturer & Distributor of oil, gas, & petrochemicals. Headquartered in the Hague Amsterdam. Has offices in 140 countries world wide with over 112,000 employees.

– Principal owners are the Rothschilds who in 1912 bought four million shares in Royal Dutch Petroleum and a quarter of a million pounds worth of shares in Shell Trading Company Here & Here. 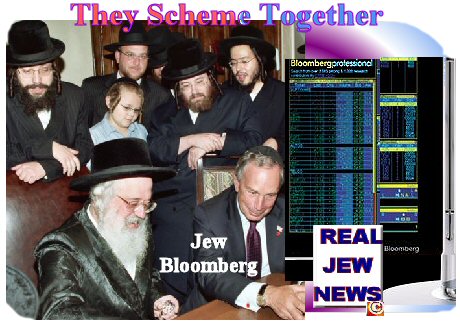 THE JEW MICHAEL RUBENS BLOOMBERG (born February 14, 1942), now Mayor of New York City, is a multi-billionaire. He gained his wealth as the founder of Bloomberg L.P in 1981, a financial news and data company.

Before 1981, Bloomberg was a partner at the Wall Street Jewish investment bank, Salomon Brothers, now Citigroup.

Bloomberg made his fortune with his Bloomberg L.P by providing financial software tools such as analytics and equity trading platform, data services and news to financial institutions around the world through the BLOOMBERG TERMINAL Here.

What does all of this mean? Nothing less than a multi-billionaire Jew in the Jewish controlled center of the world, New York City, having international access to every Jewish financial mogul around the globe!

Indeed, the International Jew, whose chief loyalty is to his own, NOT his host nation, works within a world-wide Jewish financial cartel. In other words, Jews stick together, work together, and scheme together.

HOW CAN WE STOP THE INTERNATIONAL JEW?

Here is the only way we can stop the International Jew:

+ We who call ourselves “Christians” must respond to Christ’s admonition:

— “If My people who are called by My name will humble themselves and pray and seek My face and turn from their wicked ways, then will I hear from heaven and will forgive their sin and heal their land.” — (II Chronicles 7:14)

Thus if We Christians Humble Ourselves & Live For Jesus Christ As “Hot Christians” Then We Have A Fighting Chance Against The Anti-Christ International Jew!

For More See: “The Jewish Control Of Wealth” Click Here