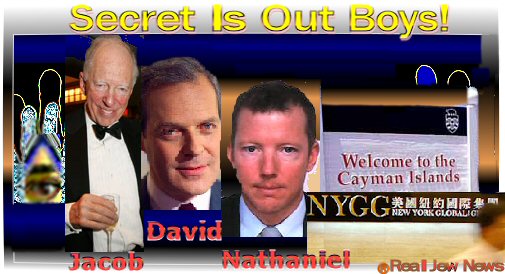 SECRECY IS WHAT THE ROTHSCHILD DYNASTY is all about.

Do you remember the book “The Firm” which told us about the Cayman Islands being a tax haven for banks?

Well - the Rothschilds also have a “bank” on the Cayman Islands - along with offices worldwide throughout Europe, North America, India, and that emerging giant, China.

It appears that David Rene de Rothschild’s Paris based NM Rothschild & Sons has that tax-evasion bank in the Cayman Islands.

And even more noteworthy, NM Rothschild & Sons has offices in Beijing, Shanghai, & Hong Kong. For China, in which millions of former US jobs are outsourced, has the Rothschilds as their primary investment advisers.

Indeed NM Rothschild & Sons is the primary investment adviser for China’s Petro China, the largest oil company in Asia - and for China’s Mass Transit Railway Corporation which recently built a controversial intrusive rail track into Tibet. (Ethics is not the Rothschilds’ field.)

One wonders then if China’s new and burgeoning New York Global Group with offices on Wall Street & Beijing has Rothschild money & interests behind it? (Most likely -eh?) 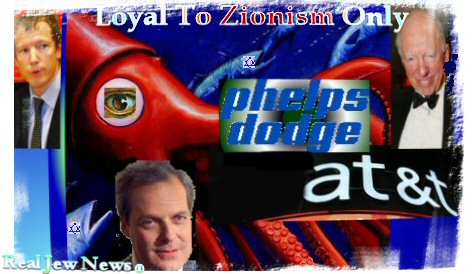 THE ROTHSCHILDS LIKE TO BE IN AMERICA
Here Are Only A Few Of The Rothschilds’ Holdings In America:

Tontine Capital Partners: Located in Greenwich CT Here. A billionaire Jew by the name of Jeffrey Gendell is Tontine’s manager.

But David Rene de Rothschild’s Paris based NM Rothschild & Sons doesn’t have a whole lot to say about their Rothschild North America division. (One has to wade through oceans of annual reports to get the information).

Atticus Capital: Based in New York in a posh office on fashionable Fifth Ave in Manhattan Here.

Nathaniel Rothschild, the heir apparent of Jacob Rothschild, is the Co-chairman of Atticus.

Atticus, with Nathaniel Rothschild at the helm, has been working closely with its Jewish sister bank, Lehman Brothers, in gobbling up Phelps Dodge Mining Co. (Phelps’ protests were to no avail). Phelps is now Atticus Capital’s single biggest holding.

DOES IT NOT SEEM that behind every financial dealing worldwide the Rothschilds are the key players - ethics notwithstanding?

But the Lord Jesus Christ, (as it is written), ‘takes the wise in their own craftiness’…