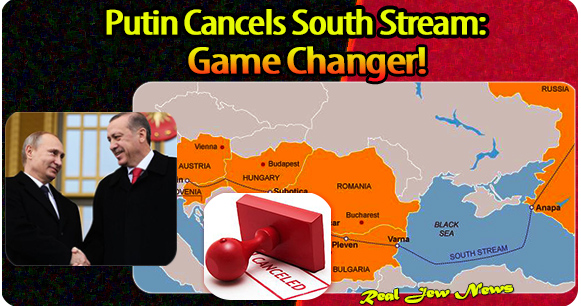 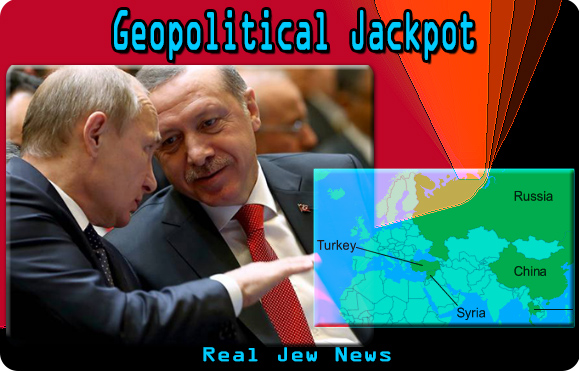 
First there was Crimea. When the Jew Nuland (originally Nudelman) handed out cookies in Kiev, she handed Crimea to Putin on a geopolitical platter.

And now that Jewmerica’s colony known as the EU overplayed its hand in the South Stream project, it handed over economic prosperity to Turkey.

Who wins? Jewmerica! (in the short run.) Russia and Turkey! (both short and long run.)

Who loses? The South Stream transit countries: Bulgaria, Serbia, Hungary, and Austria…ALL for the sake of the JEWS who hate Orthodox Christian Russia.

On December 1, 2014, Putin announced during a visit to Turkey that Russia would abandon South Stream which would have bypassed Ukraine, guilty of siphoning gas in the past in its perpetual dodging to pay its bills that led to European supply cuts.

Instead, Putin indicated that Europe’s gas demand would be fulfilled by Turkey with a new hub on the Turkish-Greek border.

Due to the demands of EU’s Third Energy Package, (Gazprom being forbidden to own both the gas and the pipeline), insisted upon after Russia lined up all the agreements—and preparatory work had commenced—South Stream was torpedoed.

Russia argued back that the EU ignored the fact that the inter-governmental agreements on the pipeline had been concluded in 2008, a year before the Third Energy Package was concocted, and, in defiance of international legal practices, applied it retroactively.

The EU wouldn’t budge and Putin cancelled out.

The economic losses borne by Bulgaria, Serbia, Hungary, and Austria are devastating:

Loss of transit fees, loss of investment returns, and loss of construction and ongoing participation, all of which translates into a huge economic undoing. (So much for the Jew York Times calling the cancellation a “defeat” for Russia.)

Indeed, Putin put it bluntly himself: “Bulgaria was deprived of the opportunity to act as a sovereign country.” 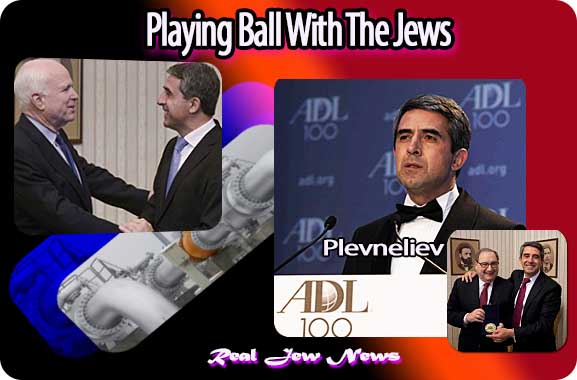 ON JUNE 3, 2014, the EU, obviously under pressure from economic sanctions-happy Jewmerica, flatly told Bulgaria to stop work on South Stream.

This was despite the fact that Russia and Bulgaria signed South Stream documents during an official ceremony in 2010.

The Bulgarian government—a minority coalition of Socialists and a party of ethnic Turks—immediately and justifiably refused.

On the same day Brussels, blackmailing the poorest country in the EU, cut tens of millions of euros in regional-development funds slated for Bulgaria.

The EU threatened to freeze more funds, which stoked a row inside the coalition between the party of ethnic Turks and its Socialist allies, South Stream’s strongest backers.

Enter John McCain, who hates diplomacy almost as much as he hates Putin, stepped out of the freezer of the one-sided New Cold War and visited Sofia on June 8 on a “working visit,” READ: “shakedown.” 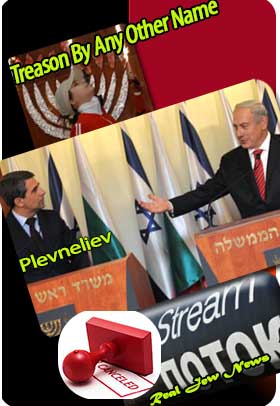 Ready to start a war, cold or hot, with Russia on European soil, insane McCain muscled Oresharski over proceeding with South Stream, insisting that there should be “less Russian involvement” in the project.

McCain’s visit snowballed into the collapse of the Bulgarian government forcing early elections of an EU-friendly parliament in October 2014. Good job McCain. You managed to destabilize yet another Christian country!

Russia and Bulgaria have both historical ties (liberation of Bulgaria in 1878) and cultural ties (80% of Bulgarians are Orthodox Christians.) The South Stream project added the economic realm to these enduring ties.

If Bulgaria had risen up on the wings of her own ancient nobility and flown in the face of Brussels to honor their 4 year old contract made with their traditional ally, Russia, there would have been no shortage of Balkan and East European friends from within Orthodox Civilization and elsewhere in the world, and Bulgaria would have won.

Such was not to be, and the impoverished Bulgarian people, (dependent on Russia for 99% of its gas), are the ones who will continue to suffer.

It is the flaming and fawning Judeophile Plevneliev, the last man standing in the wake of Bulgaria’s government’s electoral reshuffling to one more acceptable to Brussels, who handed Bulgaria’s national sovereignty over its section of South Stream to Brussels on a platter:

“The European Commission has frozen the project at the moment,” the slimy Plevneliev said in October, adding that a “correct dialogue” with the EU could give Bulgaria a “green light” to resuming its construction.

Treason by any other phrase would sound the same. Right before the EU-orchestrated new elections, Plevneliev went on a Russia-bashing (lying) campaign: “Gas is not an energy weapon. We want a Russia that observes its contracts,” implying that Russia (not Bulgaria and its EU masters) were to blame for the South Stream crisis.

Plevneliev has also been busy promoting and aggrandizing the relationship between Jews and Bulgaria to American Jewry and the State of Israel.

Plevneliev’s recent sponsorship of a “Hanukkah Festival” in Bulgaria underlines his treason against 80% of his constituency population who are Orthodox Christians. 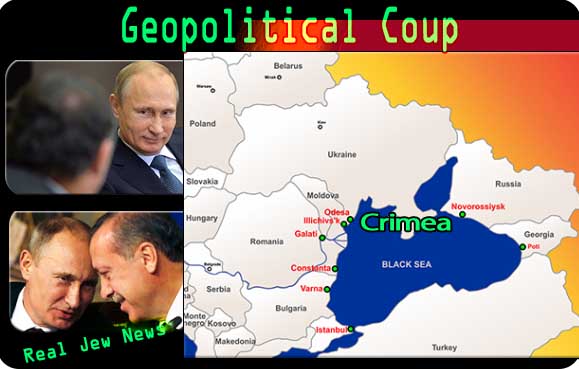 WHEN NULAND UNWITTINGLY HANDED CRIMEA over to Putin, she launched the most momentous geopolitical coup in the history of Jewish global control.

With Russia now commanding (lease free) the Black Sea region and enjoying a warm water port to the Mediterranean Middle East, Putin is now positioned to be a global force that frightens International Jewry out of its wits.

No one understands this better than Turkey and its prime minister, Recep Erdogan.

Right smack in the midst of anti-Russian sanctions, anti-Russian propaganda, anti-Russian political alignments, and pro-Nato proselytism, what does Nato-member Turkey do? It makes a ground-breaking gas deal with Russia…right under Nato’s nose! Touche!

Erdogan and Turkey’s political regime understand that the Black Sea region is now a strategic environment of which Russia is dominant.

This is why Russia avoids war at all costs. The longer it can make allies and alliances (China, Iran, India, Syria, Turkey (the list keeps on growing/where’s the so-called “isolation” the Jew York Times keeps barking about?) in a peaceful scenario, the stronger it grows.

THIS PAST FRIDAY, (December 12, 2014), countries in the Black Sea region agreed to expand economic cooperation with each other, and with partners around the world.

And given the Russia-Turkey gas agreement, how could Turkey continue to pursue antagonistic policies and simultaneously maximize the benefits of its economic cooperation with Russia?

Bravo Vladimir! You trumped Jewmerica and its clones once again!

For More See: The Enemies Of Vladimir Putin Click Here