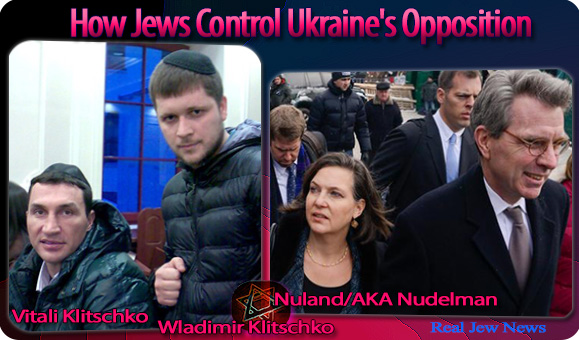 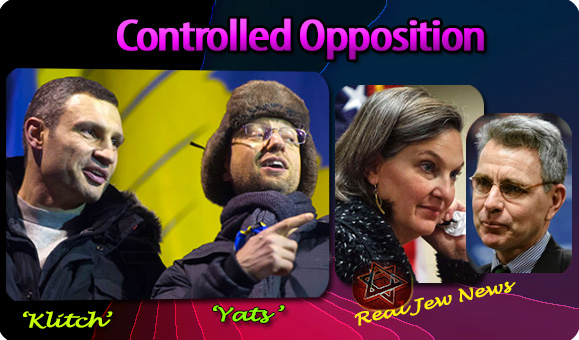 JEWS DECIDE WHO WILL LIVE and who will die not only in America but in Ukraine’s elections as well.

In a tapped telephone conversation between US State Department’s Victoria Nuland (a Jew) and US ambassador to Ukraine Geoffrey Pyatt, the matter of what opposition leader should be installed as their puppet-president in Ukraine was discussed.

Details of the exchange reveal how the opposition leaders are pawns in the hands of the Jew Nuland and the Jew-ridden US State Department.

Pyatt: “Yeah. Just let him stay out and do his political homework. Moving ahead we want to keep the moderate democrats together. The problem is going to be Tyahnybok [2nd opposition leader] and I’m sure that’s part of what Yanukovych is calculating on.”

Nuland: I think Yats [Arseny Yatsenyuk, 3rd opposition leader] is the guy who’s got the economic experience, the governing experience. What he needs is Klitsch and Tyahnybok on the outside. I think Klitsch going in…it’s just not going to work.” View Video Here. 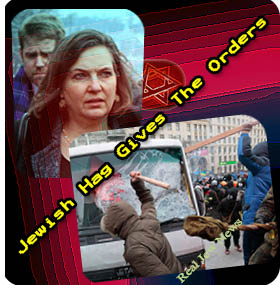 Who does this Jewish b##ch think she is?

A queen choosing who gets crowned and who gets canned?

While she’s doling out donuts to the protesters, she’s plotting who gets the political goodies.

So much for all those “tough” militants getting bested by a ‘jewish american princess.’

Further proof of Jewish control in Ukrainian politics is the expressed policy of one of the opposition’s most ‘anti-Semitic,’ paramilitary, nationalistic party battling it out on the streets and storming government buildings.

The NATO-trained arm of the Ukrainian National Assembly—The People’s Self-Defense (UNA-UNSO)—promised that “Jews have nothing to fear” and that they are “protecting” Ukrainian bankers who they estimate as 90% Jewish from “looting and pillaging.”

If UNA-UNSO is protecting Ukraine’s mostly Jewish bankers and haven’t done any looting of banks, then they’ve simply been bought off by the very Jewish lords they otherwise complain about on their site.

Does tea grow in Thailand? Do bananas grow in Ghana? JEWS are funding the opposition. 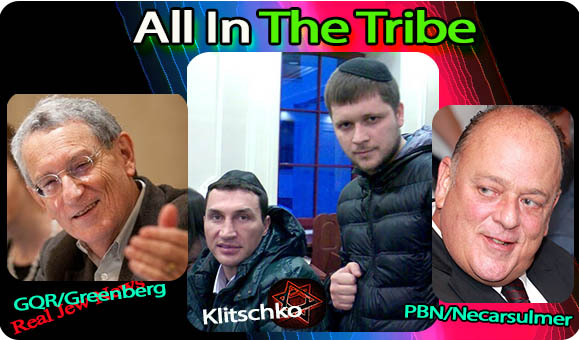 KLITSCHKO’S UDAR PARTY has been working with the Jewish company PBN which specializes in “government and investor relations” vis-a-vis the markets of Ukraine.

PBN is led by high-powered Jews, Peter Necarsulmer and Bernard Sucher, whose obvious interests are to attach themselves to post-Soviet countries like leeches in order to pump money out of them using connections in the upper echelons of the government.

With Klitschko as Ukraine’s next president, PBN’s opportunities to milk the country will be advanced. But PBN has some new competition for control of their ‘Trojan horse’ Klitschko. 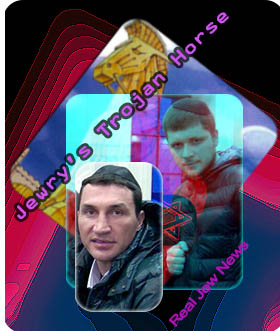 GQR specializes in campaign strategies for political candidates. (Jewry, that is, the Synagogue of Satan, has ALL the connections.)

Because GQR is oriented more toward the Democratic Party than PBN, Klitschko would have the support of Obama still in power in 2015 at the time of Ukraine’s elections. View Entire Story Here & Here.

With Nuland announcing that $5 billion has been “invested” in fostering “democratic institutions” in Ukraine, it’s obvious that Jewish money is involved.

Not only has PBN and GQR been backing Klitschko (a fellow Jew), but the Jew-enabled Konrad Adenauer Foundation is also bankrolling his campaign. (Klitschko’s A Jew Here, Here, Here & Here.)

BUT SOME SNAGS are tying up Klitschko’s boxing gloves.

Kiev is contesting Klitschko’s status since he’s been living in Germany for 14 years.

And now Nuland says Klitsch is a “bad idea.” She “likes Yats” instead.

Oh those wonderful opposition patriots! … Jews own them.

And Kiev will have dupes of International Jewry running the show.