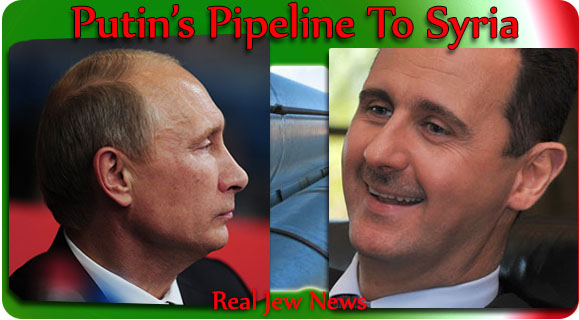 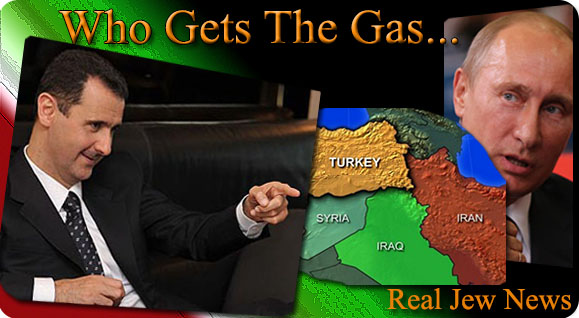 WHILE CNN WAS PROMOTING terrorists in Syria, (95% of ‘Syrian rebels’ are not Syrians), a little noticed headline appeared in the Wall Street Journal in July 2011.

The article, “Iran, Iraq, Syria Sign $10 Billion Gas-Pipeline Deal,” reported that a new Middle East pipeline, changing the geopolitical complexion of the region with dire consequences for the Jewish-led West, would run from the Iranian South Pars gas field to Damascus via Iraq territory.

According to the deal, Syria would purchase 20 million cubic meters of Iranian gas a day with Iraq acting as a transit agent.

In August 2011, Syrian exploration companies discovered a huge new gas field in Homs near its border with Lebanon and just east of the Russian-leased Naval port of Tartus on the Mediterranean situated above the Israeli-occupied Golan Heights.

Syria ultimately plans to extend the planned pipeline from Damascus to its Mediterranean port of Tartus where it would be delivered to energy-thirsty EU markets. 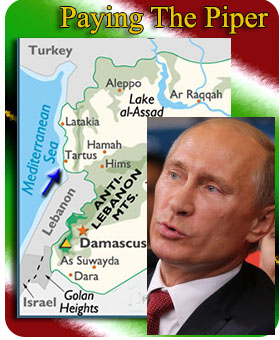 Any export of Syrian-purchased Iranian gas to the EU would thus be transited through the Russian-docked port of Tartus.

Vladimir Putin is keeping the enterprise under wraps knowing that he stands to be a big winner in this new geopolitical equation.

For with Russia acting as shipper and liaison with its established European energy market via its energy giants, Gazprom and Rosneft, Russia’s role as the EU’s leading natural gas and oil supplier would be enhanced by the Syrian pipeline.

The rewards for Putin—considered by many to be a “geopolitical genius”—are manifold, both for Russia’s purse and its political leverage with regard to the EU.

As for Turkey, its saber-rattling goes no further than making a lot of noise. Grounding a Syrian-bound plane with Russians aboard and carrying essential aid for Syria was typical stupidity by Turkish authorities.

For with Turkey dependent on 58% of its natural gas from Russia’s Gazprom, it was forced to admit that Russian cargo bound for Syria was “legal” and have since muted their saber-rattling for now.

All said and done, Jewish-led America has made al-Qaeda their ally in hopes of toppling Assad and removing Putin from the region. 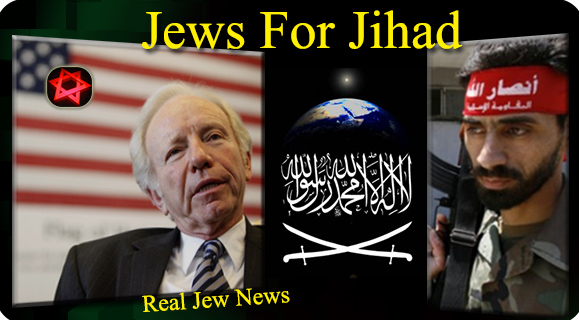 THE JEWS WHO CONTROL US foreign policy continue to agitate for a US military invasion of Syria in Jewry’s ongoing quest to topple Bashar al-Assad.

In an article penned by the Jew, Max Boot, for the Council on Foreign Relations, “Five Reasons to Intervene in Syria Now,” Boot called for a “country wide no-fly zone.”

Jewish warmonger, Senator Joseph Lieberman, who loves sending Gentile American youths to their deaths to fight endless wars for the Jews, has been making this very same demand ever since the beginning of the Syrian crisis.

“It is not too late for the United States to make a difference in Syria as we did in Libya,” Lieberman recently announced. “We should be providing weapons and training directly to the rebels.”

Putin rebuffed Lieberman, saying: “Some people want to use militants from al Qaeda to accomplish their goals in Syria. In that case, one should unlock Guantanamo, arm all of its inmates and bring them to Syria to do the fighting.” 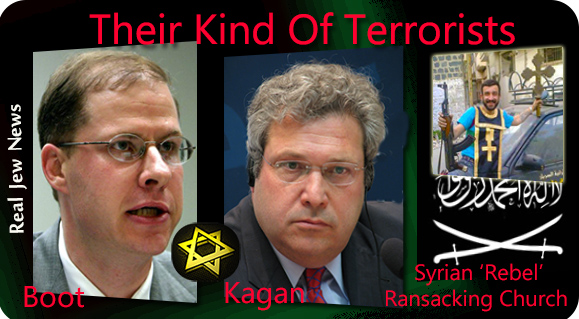 IT’S THE SAME Jewish warmongering contradiction: Arm the terrorists in one part of the world while sending Gentile American youth to fight them (and lose their lives) in another part.

Robert Kagan, head of Jewry’s neocon syndicate now calling itself the Foreign Policy Initiative (formerly the PNAC which brought us the ‘weapons of mass destruction’ lie), is also demanding a US military invasion of Syria to topple Jewry’s latest boogeyman, Bashar al-Assad.

“Dictator Assad is indiscriminately killing Syrian rebels and unarmed civilians,” Kagan lied. “US efforts to support the rebels have only served to empower Assad who does not share America’s values. Instead, the US should impose a safe zone in northern Syria.” 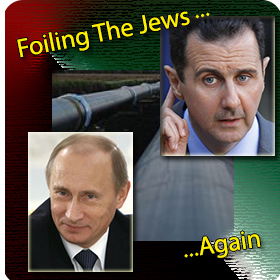 ONCE AGAIN Putin exposes Jewry’s evil schemes, citing “regime change” as its goal: “Outside military intervention aimed at bringing about regime change in Syria would destroy peace in the Middle East and must therefore be opposed.”

Foiling the Jews at their own game, Putin cut a deal in August 2012 with Syria. In exchange for Russian refined oil products which Damascus sorely needs to keep its economy and military running, Syria will export its crude oil to Russia.

Jewish-inspired sanctions against Syria with regard to global transfer of payments are not working either. Putin, (outsmarting Jewry again), has set up offshore companies and bank accounts in Russia and Malaysia exchanging currency in both euros and Russian rubles.

Thus Syria would be able to pay for its imports and receive payment for its crude exports, with all parties maintaining confidentiality, in order to prevent the EU and the US to track the work of these companies and include them on their list of sanctions.

Is it any surprise then that Jewry hates Putin with a raving, maniacal passion…?

And: The Jewish War On Vladimir Putin Click Here