The Enemies Of Vladimir Putin 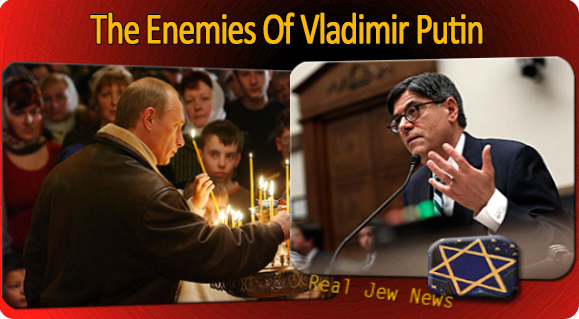 The Enemies Of Vladimir Putin
By Brother Nathanael Kapner November 29, 2014 © 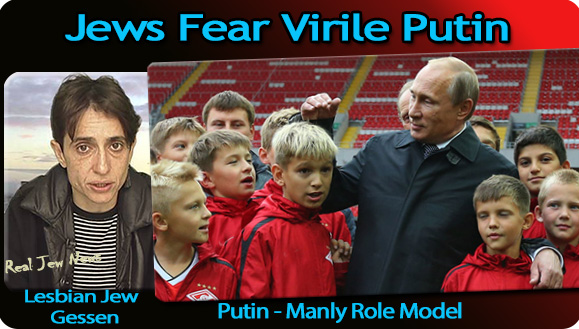 JUST ONE LOOK at the enemies of Vladimir Putin and one can see that Jews are driving the political agenda of the West.


In Jewmerica, Jewish Russophobes Jeffrey Goldberg of Bloomberg and Masha Gessen (Jew lesbian) of the Washington Post continue to carp with no letup on just how “evil” Putin is.

“Is Moldova Next On Putin’s Hit List?” asks Goldberg.

Ironically, in the heat of their hatred toward Putin, both of these Jews got something right.

Regarding Goldberg’s hit piece, insofar as Moldova is an Orthodox Christian country with a religious affinity with Orthodox Russia, it indeed stands as a natural ally of Putin.

And with Gessen’s screech piece, insofar as the West embraces homosexual depravity evincing a religious incompatibility with Orthodox Russia, it’s policies has indeed mobilized Putin into taking a firm stand against same-sex unions.

“Many Euro-Atlantic countries have abandoned Christian values that form the basis of Western civilization and have adopted policies that put a large family on the same level as same-sex partnerships; and faith in God on the same plane as faith in Satan,” Putin remarked at Valdai 2013.

A statement like this makes Jews quiver. I grew up as a Jew and I know how Jews think. 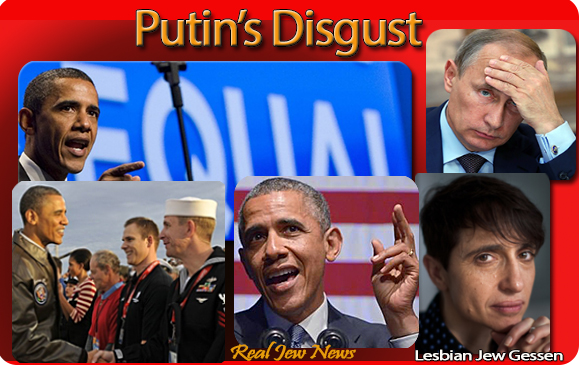 THEN WE HAVE the apparent homosexual, Barack Obama, who targeted Putin’s so-called “inner circle” which included Elena Mizulina by “freezing” their non-existent bank accounts in America.

Elena Mizulina has been on the top of Obama’s blacklist from day one simply because she authored Russia’s anti-homosexual legislation in 2013 in her vigilant guarding of Orthodox Christian values.

For queers allegedly like Obama, traditional Christian positions threaten not only their lifestyle but consigns their souls—and bodies in which their depraved behavior is enacted—to hell.

Joining the Putin-bashers is the Jew, Gideon Rachman, who recently wrote that Putin is a bigger problem for America than ISIS. Only a Christ-hating Jew could write such an outrageous piece. 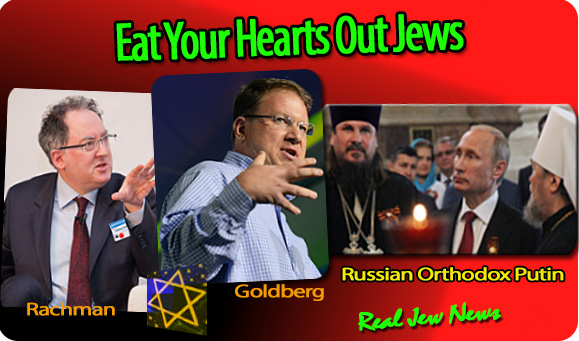 EVEN MORE INSIDIOUS than the endless numbers of Jews dominating the Jewish-owned main stream media, is the two Jews who run the US Department of Treasury.

Ever wonder where the sanctions against Russia come from?

The buck against Putin starts with the Jew, Jacob Lew, head of the US Treasury, and ends with his Synagogue of Satan buddy, David Cohen, Under Secretary for Terrorism and Financial Intelligence.

“US Treasury sanctions against Putin’s inner circle is strong and strategic,” Cohen told CNN in May.

“We’re ready to impose even more sanctions on Russia if Putin continues to destabilize Ukraine,” announced Lew in April, just one month before Cohen boasted of increased sanctions against Putin.

Only a lying Jew would have the gall to blame Putin for “destabilizing” Ukraine, when it was the JEW Nuland (originally Nudelman) who funded the toppling of democratically-elected Yanukovich. 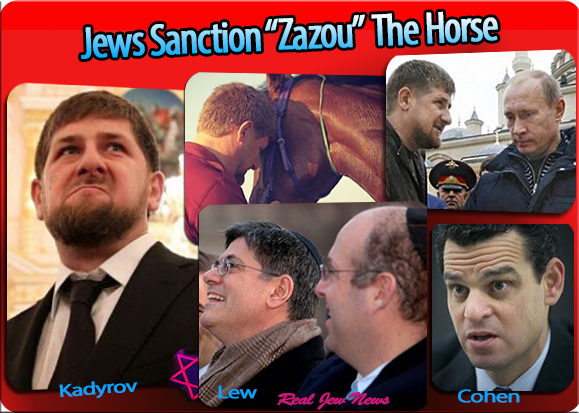 JEWISH MALICE entered the theatre of the absurd when Jew-run Washington bulldozed the EU into slapping sanctions on “Zazou,” the racehorse of Chechen President Ramzan Kadyrov.

Due to Kadyrov’s close friendship with Putin, “Zazou” was denied stable rights in Jew-occupied Germany.

“My horse is not responsible for the ills of the world,” complained Kadyrov.

No, dear Ramzan. “Zazou” is not to blame for the world’s ills. JEWS are.

JEWS have destroyed America with their pestilent manure and are in the process of destroying Europe.

Russia’s next in Jewry’s cross-hairs. But the Russian bear is stirred to anger.

It’s a face-off between Christ-hating Jews and Orthodox Christian Russia.

After 70 years of Jewish Bolshevik oppression, the Russians are “Jew-wise.” The tokens of reprisal roll in. Putin recently warned Jew-controlled America that he will not allow East Ukraine to be over-run by Jew-controlled Ukraine.

The Russian bear out of Moscow is alive and kicking.

The American brute out of Washington is a sick, Jew-bitten dog.

And: Putin’s Or Jewmerica’s Plan For Ukraine Click Here