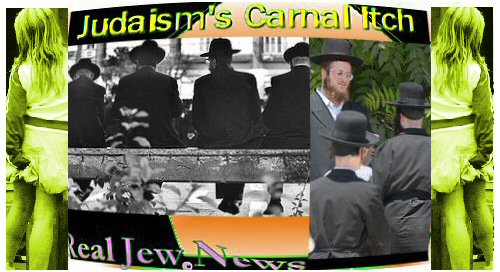 
Judaism calls for a carnal kingdom in which all the Gentiles whom the Jews call “goys” will worship at the foot stool of Zion which is the modern day State of Israel.

Whether it’s a secular Zionism or a religious Zionism (the ultra Orthodox protest against a “secular” Zionism) it’s all the same. Jews want a carnal Messiah - whether it’s a “person” or a “NWO” in which the Jews reign supreme.

This “carnal” religious view of Judaism explains why so many Jews have a “carnal itch:”

The pornography industry is run by Jews.

Hollywood’s filth is belched out by Jews.

The record industry’s sexual lyrics & videos come from the hands of Jews. 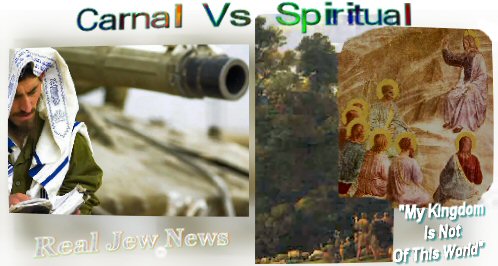 MANY JEWS ULTIMATELY SUBSCRIBE to the Talmud. Orthodox Christians subscribe to the Holy Bible. The promises of the Old Testament can be interpreted in two ways: 1) Carnally; or 2) Spiritually.

Teaching the “goys” the Noahide Laws.

Teaching the “goys” Zionism through the mainstream media which they control.

Teaching the “goys” a carnal religious system by the rebuilding of the Temple.

Teaching the “goys” war against all “enemies of Israel.”

But the Orthodox Christian interpretation of “Israel being a light to the Gentiles” is from the New Testament in which Jesus Christ said, “My kingdom is not of this world.” Christ bids us to a Spiritual kingdom of repentance, baptismal illumination, and love towards our neighbors. In other words:

For More See: “Why I Left Judaism” Click Here

And: “What Judaism Is Really All About” Click Here