Interview With Michael A. Hoffman II

Interviews, Interview With Michael A Hoffman 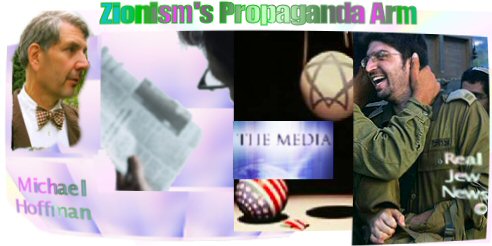 Place Your Order For: Judaism Discovered @ Revisionist History Here
“THE ASSOCIATED PRESS JUST CAN’T BRING ITSELF to mention in its June 21 2008 article that the ‘Christian religious books’ which were recently burned in Israel were copies of the New Testament.”

This is the keen observation of the renowned historian Michael A Hoffman II of the Revisionist History Web Site Here.

The AP article which is entitled, Messianic Jews Under Israeli Attack, describes how Messianic Jews who believe in Jesus as the Messiah, (yet still hold to their Jewish racial & religious identity), have been recipients of Letter Bombs and the object of the recent burning of New Testaments which they passed out in a Tel Aviv suburb. 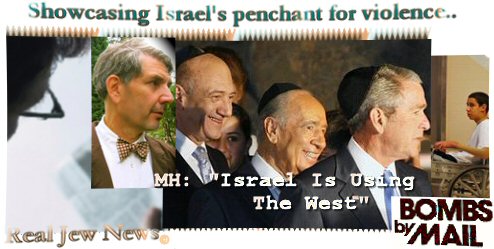 Real Jew News: The AP article reported: “Proselytizing is discouraged in Israel whose people have suffered centuries of persecution for not accepting Jesus.” What is your response?

Michael A Hoffman II: Would the AP ever report, “Judaism is discouraged in Russia whose Orthodox Christian people have suffered 70 years of persecution for not accepting the Communism of the circumcised Judaic Bolsheviks?”

No – you will never see something like this in the Judaic controlled media.

Real Jew News: The AP article showcases Israel’s penchant for violence in the use of Letter Bombs and Book Burnings against those who deviate from Israel’s agenda. Is this the mark of a “democratic society” which the West says it must support?

Michael A Hoffman II: The current alliance between the West and the Israelis is very tenuous and temporary. The State of Israel is predicated on the manipulation of an erstwhile Christian western civilization into a collective golem that bombs and fights its enemies only for the benefit of the Israelis.

When this proxy function is no longer needed, the Israelis will dump the West in Red China’s lap and proceed on their supremacist path as the self-appointed judge of the entire world. 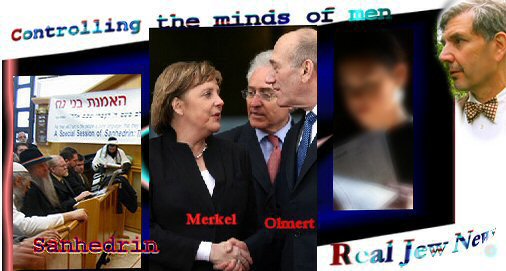 Real Jew News: But how will the State of Israel function as a self-appointed judge?


Michael A Hoffman II: The Jewish Sanhedrin, the same one that delivered Jesus Christ to be crucified, was reconstituted in Tiberias in 2004. This revived Sanhedrin which is the ‘Supreme Court of Jewish Law’ is a harbinger of Israel’s plan to be the judge over all nations.

Real Jew News: Do you think that western civilization will comprehend what the Zionists are really all about?

Michael A Hoffman II: Lamentably, the Zionist Master Plan is aided and abetted by powerful “Christian” allies like Senator McCain, President Bush, Nicolas Sarkozy, Angela Merkel, and Gordon Brown. They lead the list of thousands of other “Christian” golem in the top ranks of the American & European governments.

Moreover, the propaganda arm of the Zionist Master Plan is the Judaic controlled media which continually evinces its bias towards Zionism. As the saying goes, “they who control the media control the minds of men.”

And: “Dealing With Jews Who Burn New Testaments” Click Here