Stop The Jews From Rebuilding The Temple!

Judaism Articles, Stop The Jews From Rebuilding The Temple! 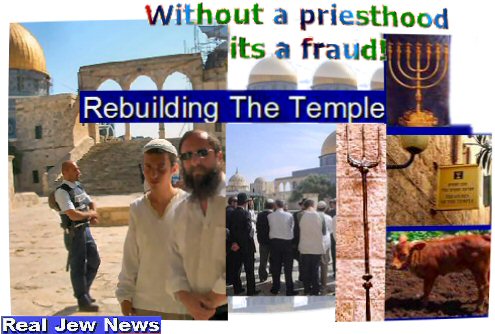 Stop The Jews
From Rebuilding The Temple!

EVERY SABBATH MORNING the Jews pray for the rebuilding of the Temple:

— “Be favorable our God toward your people Israel and restore services to your Temple.” —

There are 3 major Jewish organizations in Israel that are preparing to restore services to the Temple:

1. The Temple Institute: Its stated goal is “to do all in our power to bring about the building of the Holy Temple in our time.”

~ The Temple Institute has already completed such Temple furniture as the Menorah; the Incense Altar; the Table of the Showbread; and the Priest’s Cup which collects the blood of the red heifer.
See: Temple Institute Site: Here

3. The Temple Mount Studies: Their stated goal is “the building of the Third Temple in our lifetime in accordance with the Hebrew prophets.” (I will refute this below).
See: Land of Israel Faithful Site Here 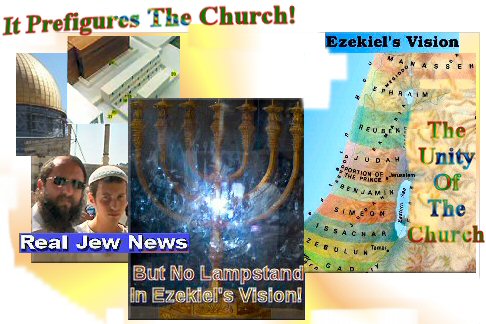 I was raised as a Jew. I grew up on the Old Testament readings that are read every Sabbath morning. The Zionists try to justify the rebuilding of the Temple by pointing to the prophet Ezekiel’s vision of the 3rd Temple as outlined in Chapters 40-48 of his writings.

But this is ridiculous. First of all, St Gregory the Great, in his Homilies On Ezekiel, points out that at the very outset of Ezekiel Chapter 40 the reading evinces a *figurative* image of the Church, citing the opening phase, ‘as it were’ a city. He then observes that Ezekiel’s measurements of the Wall encircling the Temple are actually much smaller than the Temple measurements themselves!

* In Ezekiel’s vision of the Temple there is *no* Menorah. This is because Jesus Christ the Jewish Messiah is the Light of the World.

* In Ezekiel’s vision there is *no* Brazen Sea for the priests to wash in. This is because New Testament Baptism supercedes the washings of the Old Testament in so far as Christian Baptism confers a universal priesthood on all alike.

* In Ezekiel’s vision there is *no* Veil. This is because Christ tore the Old Testament veil in two opening the way into the Holy of Holies for all members of the Church.

* In Ezekiel’s vision there is *no* Ark. This is because the Presence of God is no longer confined to the Temple but His Presence is in holy Christian temples throughout the world.

It should also be noted that the Jews have lost all genealogies of their former Aaronic & Levitical priesthood. Thus their “temple worship” will be a fraud. Any Jew can come along and claim to be a “Kohan” (priest) but he cannot prove it!

For in the Old Testament Book of Ezra if a Jew returning from the Babylonian captivity could not show proof of his claim to the priesthood he was expelled from ministering in the Temple. 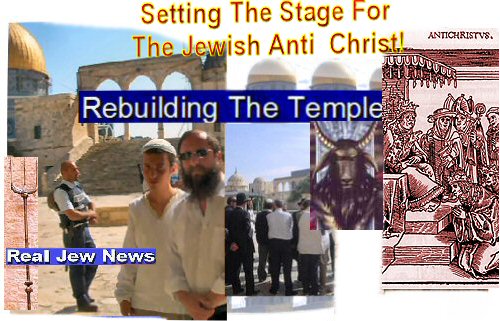 The Orthodox Church teaches that the Anti-Christ will be a Jew. The prophet Daniel predicts this saying, “He shall not regard the God of his fathers.” (Daniel 11)

St Paul teaches in II Thessalonians that the Jewish Antichrist will declare himself as God in the 3rd Temple, writing, “The man of lawlessness will set himself up in God’s temple proclaiming himself to be God.”

We as Christians must do all in our power to prevent the rebuilding of the Temple.


And: “Jews Are NOT The Chosen People” Click Here