Why I Left Judaism

Judaism Articles, Confessions Of A Former Jew, Why I Left Judaism, Jews & Their Guilt Of Deicide, Why The Jews Hate Jesus Christ 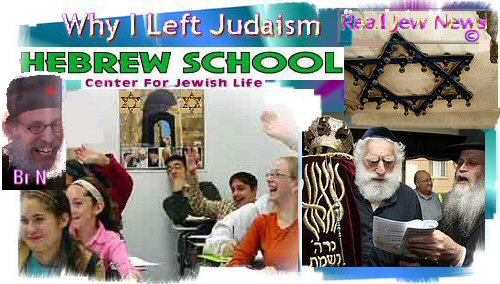 WHY I LEFT JUDAISM
By Brother Nathanael Kapner, Copyright 2008-2010

Or Send Your Contribution To:
Brother Nathanael Kapner; PO Box 547; Priest River ID 83856
E-mail: bronathanael@yahoo.com
GROWING UP JEWISH was a sad event for me. I always felt like something was missing.

Our Sabbath School curriculum, which went from 1st to 10th grades, was centered on learning the entire Old Testament, portions of the Talmud, and Jewish History. It also included attending Sabbath services which began on Friday nights and continued Saturday mornings. For our Bar Mitzvah curriculum we studied “Comparative Religions.” But we were not allowed to study Christianity. More on this later.

I recall my parents taking me to my cousin’s Bar Mitzvah at a farther part of the City of Pittsburgh, where I grew up. We entered into an old, musty smelling synagogue which had the Jewish Star of David everywhere.

After only 10 minutes of being inside, I got very nauseated and wanted to vomit. The synagogue seemed to have a deathly pall about it. And I couldn’t bear looking at the Jewish Star everywhere. I learned later that the Star of David is an occult symbol that was popularized by the Kabbalists of the 13th Century in Europe. It was then at the age of 8, through my experience in that old, musty smelling synagogue, that I knew that Judaism was a religion of death. 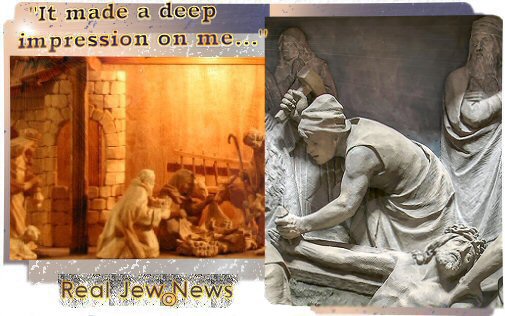 THE NEIGHBORHOOD WHERE I GREW UP was made up of Jews, Catholics, and Protestants. Every year at Christmas time in the 1950’s, all of our Gentile neighbors put up the Nativity Scene on their lawns. I simply loved looking at the Nativity Scene! And I wanted to know more about Jesus Christ. But we were forbidden to even mention Jesus Christ’s name unless we used it as a curse word.

A boyhood friend of mine named Ricky Rago was a Roman Catholic. One afternoon after playing baseball, Ricky Rago invited me over to his house and we went into his bedroom to play Monopoly.

All over his walls were pictures of the 12 Stations Of The Cross. I was 10 years old at the time and these pictures of Christ’s sufferings made a deep impression on me. I promised myself that one day I would learn the meaning of these sufferings of Jesus Christ. 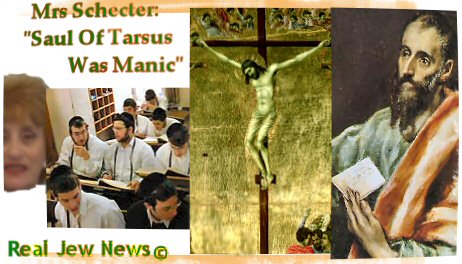 I PROMISED TO TELL YOU how we were not allowed to study Christianity in our Bar Mitzvah class. The teacher, (I will never forget this scene as long as I live), Mrs Schecter, who was built like a bull dog, got up in front of the class and said:

— “Now children. We have studied Buddhism, Hinduism, and Islam. But we are not going to study Christianity. You see children, Christianity was made up by a manic-depressant by the name of Saul of Tarsus who wanted to blame the crucifixion of a criminal named Jesus Christ on the Jewish people. And Saul of Tarsus you should know was a “self-hating” Jew. He hated being a Jew so much that he even changed his name to “Paul!”

Now it happened dear children that 500 years after Jesus Christ was crucified, the Roman Catholic Church took the crazed writings of Saul of Tarsus and made a religion out of it. They called this religion, “Christianity.” Thus we are not going to bother studying this false and hate-mongering religion.” —

I was very disappointed and said to myself, “How could so many people over 1700 years base their lives of virtuous conduct, (as I saw it), upon a man’s ‘crazed writings?’”

When I got home I asked my father what he thought about Saul of Tarsus. My father answered, “Saul of Tarsus tried to convince Jews to become Christians. But we are born Jews and we should die as Jews.” 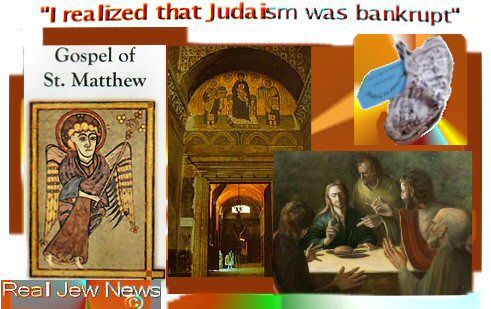 I FINALLY LEFT my home and synagogue to go to college in Los Angeles in 1968. But I forgot about my promise. It wasn’t until 1970 that one of the Jesus Freaks who were very popular at that time gave me a New Testament. I opened it up and started reading the Gospel of St Matthew. I was struck by the “Jewishness” of the writing. And I soon found myself captivated by the person of Jesus Christ!

He was a man who rubbed shoulders with the common people. He was a man who taught the people from every-day life experiences. And what I liked most of all about Him was when He said to the religious leaders, “The harlots and tax collectors go into the kingdom of heaven before you.” I could almost see Him saying this to Mrs Schecter who called Him a “criminal.” I simply found myself falling in love with Jesus Christ!

I devoured the entire New Testament from cover to cover and could not put it down. I did read about the sufferings of Jesus Christ and it made me cry. And I did read the ‘crazed writings’ of St Paul and knew that there was nothing ‘crazed’ about it at all - but were words of hope and purpose. I said to myself, “Judaism is bankrupt. But the Christian message is full of promise and life.”

When I finished the last Chapter of the Book of Revelations, now at the age of 21, I got down on my knees, wept, and asked Jesus Christ to forgive all my sins and be my Saviour.

Soon afterward I met an old pious woman at a Church gathering who came up to me and said, “God has so much for you and so much for you to do.” Like a cryptic oracle, long awaiting its coming, I am just beginning, 37 years later, to see this prophecy come true.