Confessions Of A Former Jew

Judaism Articles, Confessions Of A Former Jew, Why I Left Judaism, IsraHell Articles 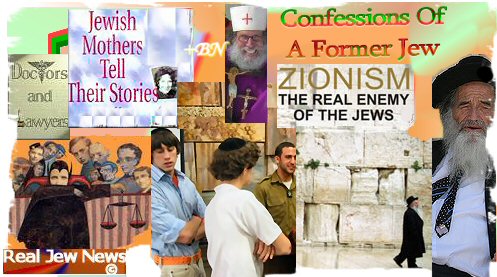 CONFESSIONS OF A FORMER JEW
By Brother Nathanael Kapner, Copyright 2008-2010

Or Send Your Contribution To:
Brother Nathanael Kapner; PO Box 547; Priest River ID 83856
E-mail: bronathanael@yahoo.com
——-
JEWISH MOTHERS ARE a powerful force in a Jewish child’s life. This powerful force continues unabated far into the adult years of a Jewish child.

It was my Jewish mother who pampered me, spoiled me, and smothered me with a blanket of over-protectedness and over-bearingness for a large part of my life.

Not only did my Jewish mother want to know during my adult years if I was eating well, (and what exactly I had to eat that day), but if ever I was going to rise above the level of under-achievement by becoming someday a doctor or a lawyer. Anything less was to be a complete failure in her eyes. “It’s never too late,” my Jewish mother kept scolding me.

I was a straight-commissioned salesman for a manufacturer of cleaning products and this was not the kind of profession my mother could brag about to her Jewish friends.

“What field is your son in?” my mother’s Jewish lady friends at Hadassah meetings would ask her. “He’s the Director of Personnel for a large manufacturing concern,” my mother would answer — substituting “personnel” for my sales-calls on “persons.”

But the main thing that my mother would never forgive me for, (until she got baptized 33 years later), was my converting to Christianity when I was 21 years old in 1971. This for her was tantamount to being a janitor in an Elks Club - the ultimate for her in under-achievement. 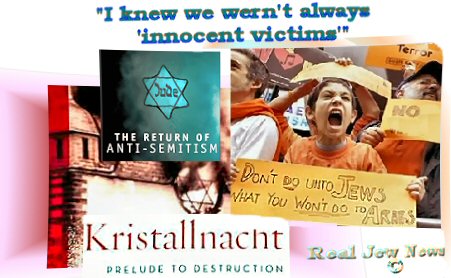 ZIONISM DRUMMED INTO MY HEAD

I WAS BORN in 1950, two years after the State of Israel was declared a nation in 1948. I guess you could say that not only was I a “baby boomer,” but a “Zionist boomer” as well.

My parents enrolled me in Sabbath school when I was 6 years old and so began my indoctrination into the holy grail of Zionism. It was crammed into my little Jewish head that Zionism’s raison d’etre was “all of the horrible Anti-Semitic attacks on us ‘innocent’ Jews & wasn’t it about time that we ‘innocent’ Jews had a homeland of our own?”

But having grown up Jewish, and constantly hearing Jews calling the Gentiles, “goyim,” and calling the Gentile women, “shiksas,” (from the Hebrew word “shaygitz,” an “unclean animal”), I knew that Jews were anything but “holy innocents.” 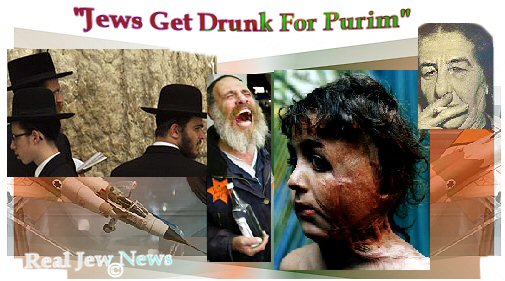 MY TRIP TO ISRAEL

IN 1992 I made aliyah to our wonderful “homeland,” the State of Israel. Even though I was at the time an Orthodox Christian, I still had not completely shed my Zionist indoctrination.

The first thing I said to my traveling companion when we walked out of the Tel Aviv Airport was, “This all reminds me of Southern California.” And as we wended our way through “the holy land,” I never retracted this first impression.

On our 3rd day, we visited the historic Wailing Wall in Jerusalem. It was very crowded as the Jewish Festival of Purim was fast approaching. Purim is a riotous holiday for religious Jews and apparently the Orthodox Jews were already in a riotous mood. (Religious Jews are commanded by the Talmud to get drunk during the days of Purim.)

I walked through the crowd at the Wailing Wall with my petition in hand to stick into one of the cracks in the wall when a crowd of Hasidic Jews started pushing me from behind. I felt as if I was struck by a hydrogen bomb. They were blabbering away in Yiddish and I, being in secular clothes & not donning a yarmulke, was no better to the Hasids than a “goy.”

“Hey! I yelled at them,” as they pushed their way past me, “don’t you people have any manners?” One of them, evidently thinking that I was a Gentile tourist, turned to me & said, “We don’t slow down for mumsers.” (”Mumser” means “bastard” in Yiddish.) 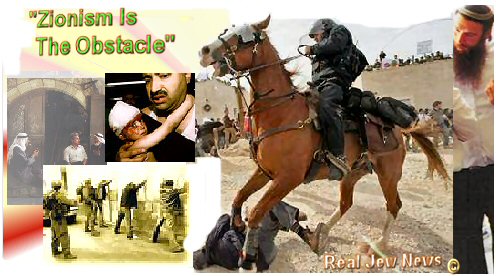 I opened up the hood and propped it up to advertise that the car had broken down. About 5 minutes later, two young Arab boys in their early twenties walked over and said to me in English, “We are mechanics. We’ll fix your car.”

“How much will you charge?” I asked. “Nothing, we’ll fix it for free,” they replied. And indeed they did! We exchanged addresses and phone #’s and while driving out of the Arab village I said to my friend, “There’s got to be a way for Jews and Arabs to live together in peace … but Zionism seems to me to be the main obstacle.”

My lady friend, an arch-Zionist, answered, “It doesn’t matter that Jews and Arabs should live in peace. The only thing that matters is that we’ve got our homeland and we’ve got to do everything we can to keep it.”

Suddenly the phrase flashed through my mind, “The meek shall inherit the earth.” Reflecting on this, I knew that there was nothing meek about Zionists. From that day on, I understood just how wrong my Zionist friend really was…

And: “Why Jews Don’t Move To Zion” Click Here

And: “State Of Israel Is NOT Biblical Prophecy!” Click Here