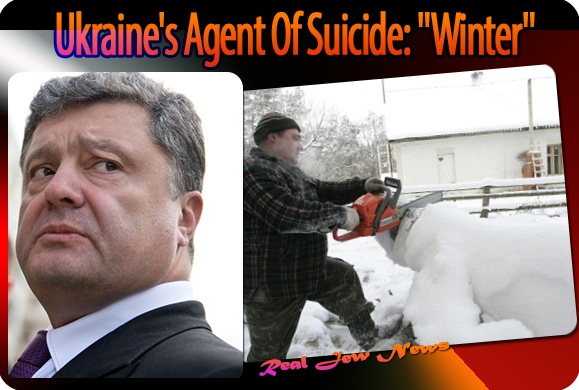 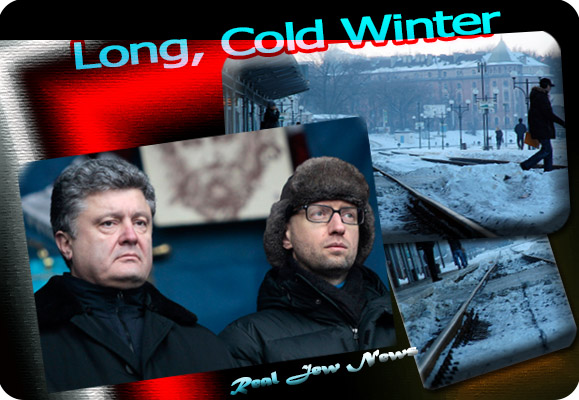 IT’S GOING TO BE a long, cold winter for DC’s puppet regime in Ukraine. And Putin can sit back and watch the snow fly.


With winter approaching and the Novorossiyans winning in East Ukraine, the stooges who run Ukraine’s dysfunctional government are in a panic attempting to bring Europe into “full scale war” with Russia.

And the Jew-ruled idiots who are leading Europe into ruin, namely Merkel, Hollande, Cameron, and Tusk are touting the Jewish script: More sanctions. More Nato troops on Russia’s western border.

It’s right out of the playbook of the Jew-run US Treasury and Jew-ridden US State Department where Christ-hating Jews: Jacob Lew, David Cohen, Victoria Nuland, (born Nudelman), and Robert Kagan find life not worth living unless they make life miserable for Christian Russia. 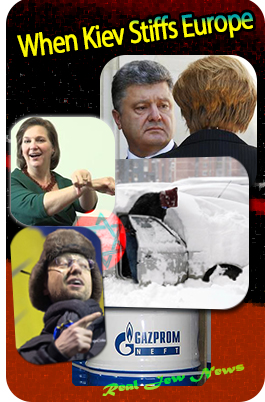 Enter Yats the Yid, Nuland’s Yiddishee banker boy, with his lie that “Russia plans to cut gas to Europe this winter.”

No wonder Nudelman loves Yats. He’s a liar just like Nuland and her fellow Jews who own the Western world’s main stream media.

Whenever a Jew like Yats speaks, one must decode the encrypted Jew-meaning of the words.

So when Yats the Yiddela spews, “Russia plans to cut gas to Europe,” what he really means is, “Kiev plans to siphon Gazprom’s gas and steal Europe’s energy resource…for at least the 4th time in two decades.

Russia is bending over backwards to ensure gas deliveries continue to Europe. Gazprom is cooperating with the EU in every possible way to make sure enough natural gas goes into storage facilities in Europe, at Gazprom’s own expense.

Both Russia and the EU are in negotiations trying to get Ukraine to pay what it owes for gas, despite the Jew-owned media’s ‘hate Russia love Ukraine‘ campaign.

(As for Ukraine’s dream of energy independence by “reverse flow” of natural gas supplies from Europe, just wait until these EU countries get stiffed by Kiev. It wouldn’t be the first time Kiev doesn’t pay their gas bill.)

But Yats and Jewry’s lame ‘prez’ Poroshenko—he fears assassination by the ultra-nationalists who run Kiev’s internal security and military—can’t get their story straight.

Both claim that separatists are sabotaging Ukraine’s economic stability yet Kiev is bombing Eastern Ukraine, bringing key industries to a halt and crippling coal-based electricity production.

NO GAS AND NO COAL for Kiev means a long, cold winter. Europe will get their gas but Kiev’s goons will be chopping wood.

Let the ukies freeze so long as commerce stretching from “Vladivostok to Lisbon” is fractured and Europe zaps its last hope for economic revival: Trade with the Russian bear.