Jews And Their Lies On Ukraine 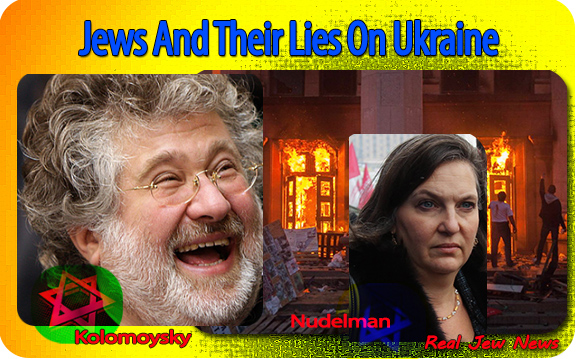 Jews And Their Lies On Ukraine
By Brother Nathanael Kapner July 5, 2014 © 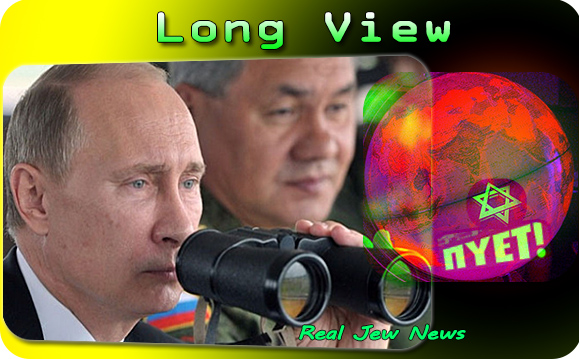 WHEN CHRIST CALLED the Jews “liars” like their father the devil, He was uttering an enduring fact and a persistent state of affairs.


The lies continue this day with the Jewish-owned main stream media led by the Jew York Times spinning falsehoods with regard to Ukraine.

The chief lie spun by the Jews is that the blame for the crisis in Ukraine is to be laid at the feet of Vladimir Putin. No matter what Putin does he’s ‘creating strife.’

If he calls for peace, he has an ulterior agenda. If he promises to protect Russian-speaking residents, he’s a war-monger. If he appeals to European leaders for diplomacy, he’s a blackmailer using Russian gas as leverage. 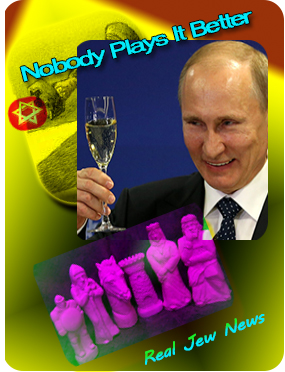 The bottom line is that Jews fear Vladimir Putin as the one sole influential leader that can overturn the Jewish-unipolar-world-disorder.

Truth is, (which the Jew-owned press is loath to print), is that neocon Jew Victoria Nuland (originally “Nudelman”) admitted that the US State Department spent $5 billion funding anti-government ‘pro-democracy’ groups in Ukraine.

With her infamous “F the EU!” phone call, Nuland was caught plotting the overthrow of democratically-elected Yanukovich and installing a puppet government in Kiev instead.

Nuland then instructed her fellow strife-inciting Jew, Jeffrey Feltman, State Department’s “Under-Secretary for Political Affairs,” to tell their shill at the UN, Ban Ki-moon, to send his envoy to Kiev “to glue things together.”

But Ukraine became unglued due to Nudelman’s Jewish intrigues.

What people do not understand who keep demanding that Putin take military action in East Ukraine is that the Russian president is taking the long view with regard to Ukraine…which is simply a sideshow.

The long view is thwarting and subverting the stranglehold that Jewry has on global affairs. Putin is now driving a wedge between Europe and Jewmerica. It’s a battle with international dimensions.

And nobody plays the Grand Chessboard better than Vladimir Putin. 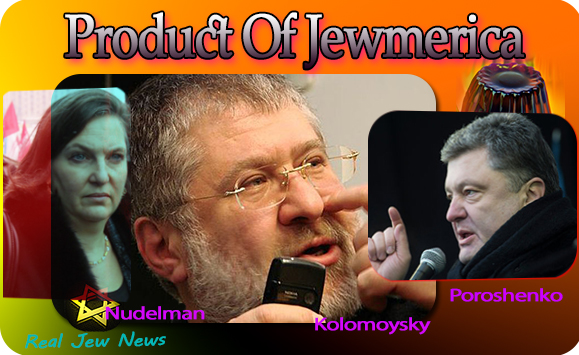 PART OF PUTIN’S STRATEGY is to allow Kiev to exhaust itself. The Washington-funded ‘National Guard’ can conscript convicts and hire mercenaries for only so long.

As for the Jew oligarch, Igor Kolomoysky, his private militia that reportedly massacred the resistors inside Odessa’s Trade Unions Building, (which sparked Ukraine’s civil war), is no match for the Novorossians who have something to fight for in contrast to the Jew’s hired thugs.

The mark of a weak government is to resort to brute force in the midst of dissension. The reality was that an illegitimate government was installed in Kiev by the Jew Nudelman and thus the East Ukrainians had a legitimate concern. Kiev refused to listen to their apprehensions neither would it acknowledge their appeals for negotiations.

It turned out that their apprehensions were true. Prospects of ethnic cleansing, the abolishment of the Russian language in official venues, and the loss of Russian culture are being threatened.

Only last week in Slavyansk, the Russian Church of St Alexander Nevsky was shelled by the Kiev thugs.

The weakness of the Kiev government is that it has no inherent, grassroots strength, but is glued together by paymaster-oligarchs and extremist groups. The Right Sector is a small, violent minority.

Kiev is a product of Jewmerica…a puppet regime ruled from 4600 miles away. Poroshenko is jello in the hands of Washington’s Jewish dictators.

The blatant hypocrisy of the Jew-ruled west is not condemning the violence that Kiev is perpetrating against innocent people.

The entire world is on to the lies of Jewmerica. Once the ungluing of Kiev and Jewmerica is complete, the world has a chance to repair itself from its Jew-inflicted wounds.