Putin’s Push For A Greater Europe 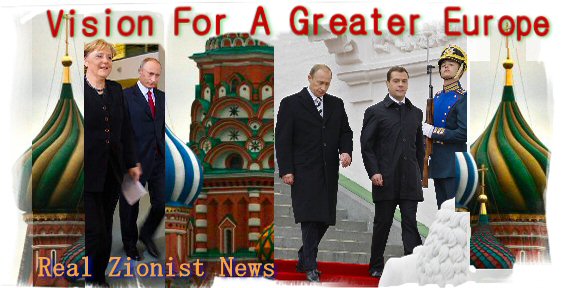 PUTIN’S PUSH
FOR A GREATER EUROPE

“A STAR SHALL RISE IN THE EAST!” wrote the Russian visionary, Fyodor Dostoevsky, in his book, Brothers Karamazov.


What Dostoevsky had in mind was the “day and hour” in which the Russian Church would bring the light of Christ to the Western world.

In the tradition of the Tzars, Russian Prime Minister Vladimir Putin sees himself as the promoter of the Russian Church in Her mission to “meet the atheist and overcome him.”

While atheist Europe remains under the thrall of Jewish-controlled America, Putin wishes to create a Greater Europe from “Vladivostok to Lisbon” which will ultimately bring the influence of the Russian Church to bear on European affairs.

Working in the context of the Byzantine tradition of the symphony between Church and State, Russian Patriarch Kirill warned this past October that Europe was “becoming” like the former Soviet Union by “erasing” religion from public life.

And recently proclaiming that Russia and Europe are natural allies, Putin underlined that a Greater Europe would counter the uni-polar hegemony of the Zionist-controlled West.

ON 24 NOVEMBER 2010, Vladimir Putin penned an article for a German newspaper outlining his vision for a Greater Europe.

In his essay, the Russian Prime Minister calls for a free trade agreement between the EU and Russia wherein “a unified continental market with a capacity worth trillions of euros” would be established. View Putin’s Vision & Video Here & Here.

No sooner did Putin present his idea for a Greater Europe than the Jewish-controlled Western press launched its attack on the Prime Minister.

Headlines such as “The Dark Side To Putin’s Push For Free Trade With Europe” came spewing forth from the Zionist West.

But it was all predicted in advance by sages of historic forecasting with regard to the battle for a Jew-free Europe.

In 1953, Francis Parker Yockey, a disciple of Oswald Spengler, wrote that Europe has “more to fear” from the Jewish policymakers of America than the Soviet bosses of Russia.

And in 1988, Yockey’s successor, historian Jean Thiriart, stated that only a “European Fourth Reich” could bring Jewry’s power to heel. 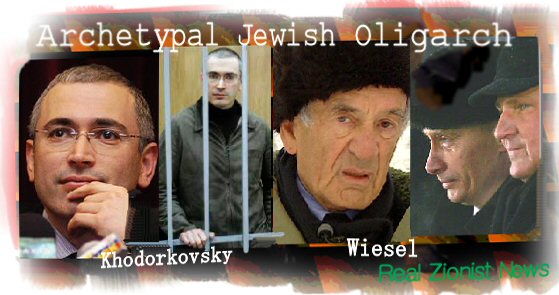 IN SPITE OF GLOBAL JEWRY’S complaints of “anti-Semitism” regarding the jailing of Russian-Jewish oil tycoon, Mikhail Khodorkovsky, Putin remains unmoved.

Leading the fracas is that great whiner of our unfortunate Jewish times, Elie Wiesel, now on a “global campaign” to see his co-religionist absolved from evident guilt of fraud, embezzlement, and treason. 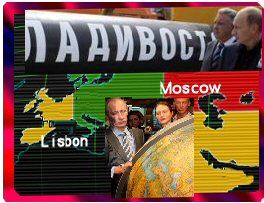 In his second trial on 2 November 2010, Mikhail Khodorkovsky remains in the eyes of the Russian people as the “archetypal Jewish oligarch” — one of the robber barons — who acquired vast fortunes through illegal dealings with Jews from Harvard University after the collapse of the Soviet Union.

The verdict in the new trial is due to be announced on 15 December 2010. Political analysts say that Khodorkovsky will be sentenced to another seven years in prison.

The symbolism is obvious to the careful observer of Putin’s realpolitik: The reign of Jewish terror is nearing its end in Putin’s Russia.

And: The Difference Between Putin And Obama Click Here