Who Owns The Media?

Who Owns The Media?, Media Articles, Newhouse Family: A Zionist Media Empire, Protocols Of The Elders Of Zion Fulfilled 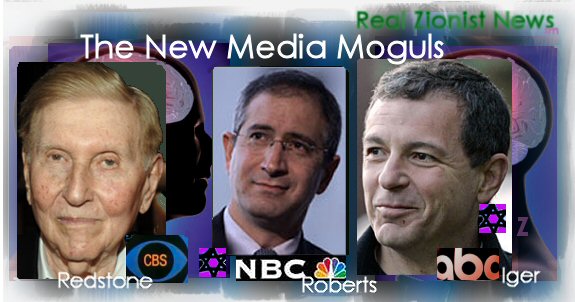 WHO OWNS THE MEDIA?
By Brother Nathanael Kapner, Copyright 2010-2011 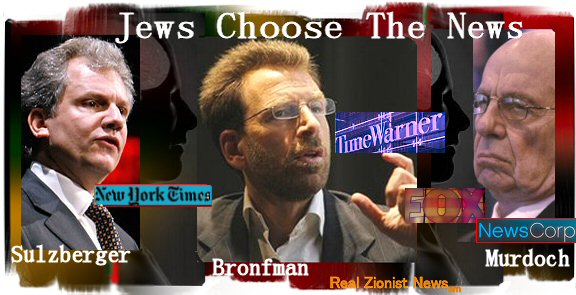 “NOT A SINGLE NEWS ITEM will reach the public without our control,” states the Protocols of the Learned Elders of Zion.

“Even now this is attained by us inasmuch as all news items are received by a few agencies whose offices are entirely ours and will give publicity only to what we dictate to them,” the Protocols continue.

In other words, the mass media form for us our image of the world and then tell us what to think about that image. According to the Protocols, the way in which the news is covered — which items are emphasized and which are played down — serve the interests of the media-masters, the Jews, and not the interests of the “Goyim.” 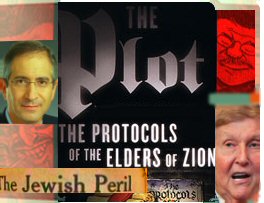 Today, the Protocols are being practiced by an elite group of Jews who own America’s mass media. If you hear of major corporations listed as owners of the major television networks with Gentile sounding names such as “General Electric” or “Westinghouse,” it is part of Jewry’s ploy to place a blindfold over the eyes of the Goyim.

An open and shut case can be made that the media in 2010 is NOT “Corporate-owned,” as so many fearful political analysts put it, but rather, “Jew-owned.” This author does not fear the Jews and needs no pleasing euphemisms agreeable to Jewish ears.

So long as the Jews control America’s media they will control our politicians and the policies they make. We will not be able to shut down the welfare system, control our borders, or restore Christian values to our society so long as the Jewish media-masters make Americans feel “intolerant” for wanting to do these things.

So long as the Jews funnel the information flow they will be able to keep Americans confused and divided so that we cannot regain command of our government by democratic means. For in a “democracy,” government control is offered to the highest bidder, that is, Jews with their billions of dollars. And the issues that the American cattle vote on are those that the Jewish propagandists define so as to serve Jewish interests only.

IN A DEAL THAT GAVE COMCAST TOTAL CONTROL OF NBC on December 3, 2009, the cable company took 51% controlling ownership of the television media giant.

Partner to the deal, General Electric, managed to keep a subservient 49% holding.

In Comcast’s press release of the takeover, the cable giant announced that Jeff Zucker, a Jew, was appointed the CEO of NBC Universal, of which, Comcast is now in charge. View Entire Story Here, Here & Here.

The owner of Comcast is the Jew, Brian Roberts, whose supporting staff includes a host of Jewish media functionaries. The Executives of NBC Universal, now a division of Comcast, is also, like its parent company, predominated by a cadre of Jews.

Roberts himself has acquired eminent “Jewish credentials” — being a graduate of the Jewish-intensive Wharton School of Business — and a winner of silver medals as a squash player at the 1981 and 1985 Maccabiah Games in Israel.

Adding to his Jewish HIGH profile, Roberts serves as Chairman of the National Cable & Telecommunications Association and as a board member of The Bank of New York.

No wonder, then, that Roberts holds awards from the Simon Wiesenthal Center, the United Jewish Appeal of New York, and the Anti-Defamation League of B’nai B’rith. Perhaps this is why the Jewish Judge, David Tatel, ruled that Comcast has the right to censor downloads in the recent net neutrality case. View Entire Story Here, Here & Here.

The merger between Redstone’s Viacom and Westinghouse Broadcasting’s CBS network installed a new Board of Directors at CBS, mostly Jews, with Redstone as Chairman.

Redstone, probably the richest man in America, is currently the Chairman of both CBS Corporation and Viacom. View Entire Story Here, Here, & Here.

Not only does Redstone present the Jewish agenda on his media conglomerate as “public opinion” as outlined in the Protocols, he is also hell-bent on corrupting the morals of our nation via his MTV syndicated network, his Addicting Games, and his homosexual-lesbian TV station, LOGO, a division of MTV. View Conglomerate Holdings Here & Here. 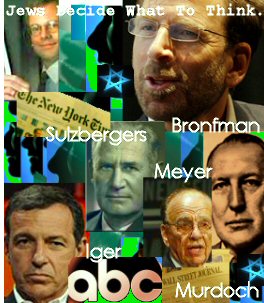 CNN is a holding of Time-Warner, of which, the Jewish Bronfman family has controlling interest. Time Magazine is also owned by Bronfmans’ Time Warner Corporation.

Newsweek and the Washington Post are owned by the Eugene Isaac Meyer “Graham” family. Meyer, who worked for Lazard Freres Bank, where his father was a partner, later became the director of Woodrow Wilson’s War Finance Corporation. Hoover appointed him as Chairman of the Jewish-owned Federal Reserve in the 1930’s.

Rupert Murdoch, a full-fledged Zionist, whose origins are Jewish, is the owner of News Corporation, whose holdings include the Fox News Channel and the Wall Street Journal.

The New York Times is owned by the powerful Jewish Sulzberger family, the major influence behind Columbia University. Arthur Sulzberger Jr is the current Chairman of the newspaper.

US News & World Report is owned by the real estate mogul, Mortimer Zuckerman, who is a “higher education financier.” Making Gentile institutions, such as Harvard University, generators of Jewish academics to be installed in government propaganda chairs, is Zuckerman’s apparent mission.

It all adds up to one thing. Jews, who create “public opinion” for their own advantage, are the deans, directors, and dictators of Gentile actions. The Protocols tells us so…

And: The Jews Behind Michael Jackson’s Life & Death Click Here