The Tie Between US Militarism & Zionist Jews 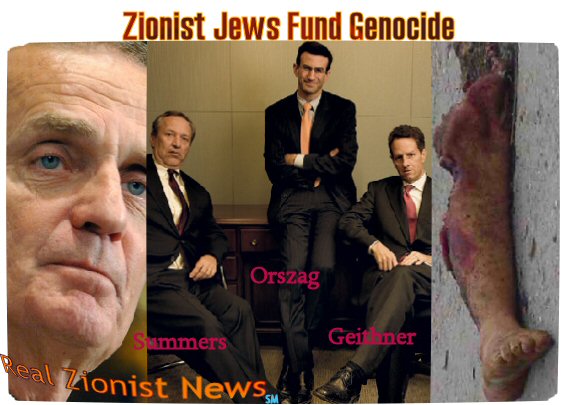 THE TIE BETWEEN
US MILITARISM
& ZIONIST JEWS
By Brother Nathanael Kapner, Copyright 2009-2010 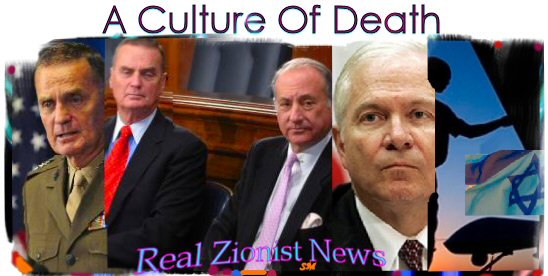 Each of these Pentagon contractors have also benefited financially from Israel’s recent slaughter of mostly Palestinian civilians in Gaza and all of Israel’s wars against the Palestinians. And who is the middleman between war & profits? It is always the Jewish banking cartel.

Militarists and Jewish bankers work together in pursuit of war profits and global hegemony. In Obama’s administration, the tie between US Militarism & Zionist Jews is evidenced first by the military appointments of: Robert Gates at Defense, (Bush’s warlord), General James Jones at National Security, and Admiral Dennis Blair at National Intelligence.

On the Jewish banking side are Obama’s appointments of: Timothy Geithner at Treasury, Larry Summers at the National Economic Council, and Peter Orszag at the White House Office of Management and Budget. All of these men are Jews. They work closely with their synagogue buddies at the Federal Reserve Bank and Wall Street who fund all of America’s wars WITH interest. 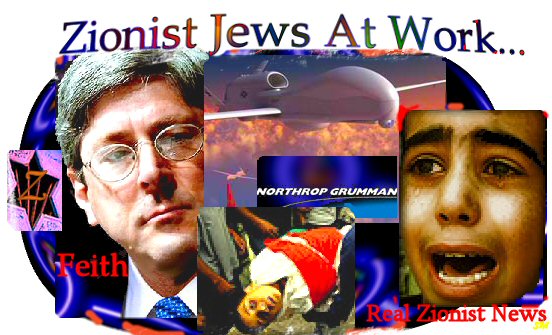 THE TIE THAT BINDS

ALSO EVINCING THE TIE BETWEEN US MILITARISM & ZIONIST JEWS is the business alliance between Northrop Grumman/Lockheed Martin with neocon Jew,

Douglas Feith, who served as Under Secretary of Defense in the Bush administration. Feith’s law firm, Feith & Zell, formed an enduring alliance with these two major military contractors in 2000. Of course, when it comes to ‘conflict of interest,’ Jews always get away with murder.

A US-Israeli military bond has been growing ever since the inception of the state of Israel. The proliferation of a global US-Zionist military presence was brought to light during the Georgian crisis in August 2008. American and Israeli advisers as well as Israeli-supplied weapons were discovered amongst the Georgian army in its invasion of South Ossetia.

The manipulation of the minds and money of the American people by the Jews who own America’s monetary system, the press and mass media, makes it impossible to vote our way out of the Military/Zionist labyrinth. Jews will never relinquish their control of money and propaganda—and as long as they retain control—the Pentagon and its partner, the rogue state of Israel, will continue to engulf America in their culture of death. 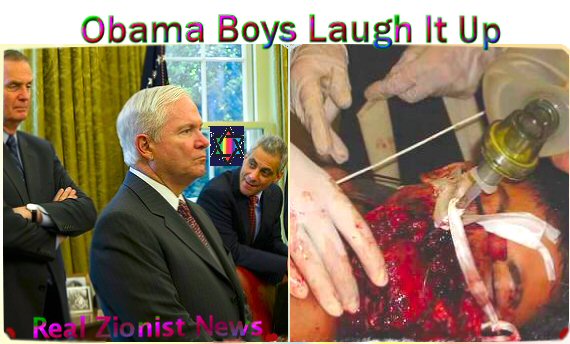 AMERICA SHARES THE GUILT with Israel for war crimes against Palestinian civilians. Israel—the largest recipient of US military aid—has been using American-made arsenals against the indigenous Arab population. US weapons predominate in Israel’s arsenal and are an emblem of America’s close relationship with the Zionist state.

In Israel’s invasion of Gaza, white phosphorus canisters made by Pine Bluff Arsenal in Arkansas inflicted burns upon the faces of Gazan civilians. Laser-guided bombs made by Raytheon carried by Lockheed Martin F-16s blew off the limbs of Arab children. US made flechettes shooting out deadly metal darts have felled hundreds of unsuspecting Gazans.

And Zionists, like the neocon Jew, Robert Kagan, are still clamoring for more troops. (Jews don’t die in Afghanistan - Gentile Americans, do.)

In his August 23, 2009 article, The Necessary War, written for the Washington Post, (the media whore for all things Jewish & warlike), Kagan urges the puppet president to increased bloodshed and a special place in history for his role in the Afghan war:

“Obama should prosecute the war in Afghanistan more vigorously. Like great presidents in the past, Obama’s task is to explain to the world why his choice in the Afghan war is right and better than any of the alternatives.” View Entire Story Here.

US MILITARY AID TO ISRAEL since 1949 has totaled over $114 billion. This does not include Bush’s 2007 deal with Israel of a promised $30 billion in military aid over the next decade.

To change the attitudes of the American public requires a much different mechanism than what the Jews possess in their control of America’s monetary system and propaganda arm. This mechanism must be cosmic in scope beyond the limits of Jewish money and influence.

And: The Zionist War Party In America Click Here