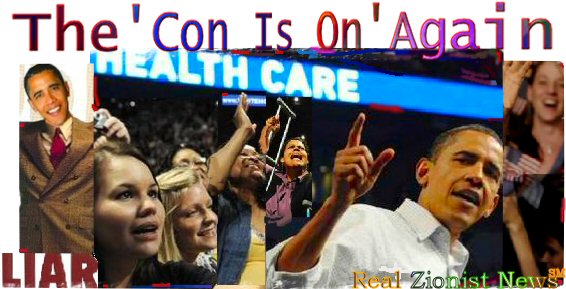 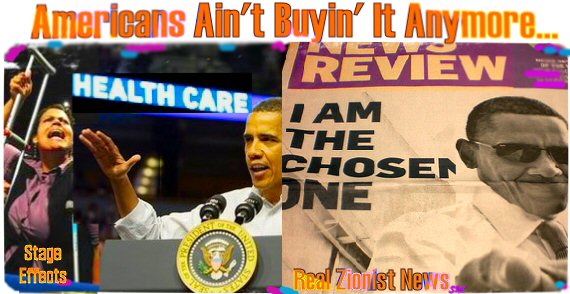 AMERICANS DON’T LIKE A CON MAN — neither do they like being lied to. In just nine short months Barack Hussein Obama has revealed himself to be what he really is: a con man who lies to get what he wants.

Obama and his enablers (Soros-Brzezinksi-Wall Street Jews) are determined to turn Americans into vassals of an all-powerful federal government presided over by an all-powerful president, a corps of Jewish czars, and a Congress dominated by Zionist-bought political hacks.

Con men like Obama invariably resort to strong-arm tactics. An example is Obama’s Cap and Trade Bill - his first major attempt to impose his authoritarian will on Americans by strong-arming opponents through his Zionist Chief of Staff, Rahm Emanuel.

It narrowly passed the Zionist controlled House only after Emanuel applied the Zionist bludgeon to wavering Democrats whose “no” votes would cost them re-election in 2010.

Emanuel’s connections to Jewry’s media and money masters who smear offenders and finance those who play ball with them, is a large enough threat to put the ‘fear of the Jews’ into all of the political patsies on Capitol Hill.

ON THE HEELS OF THIS POWER GRAB, Obama presented to Congress last month a demand that it pass his Healthcare Bill before its recess. Obama left it up to the hated Nancy Pelosi and her colleague in Capitol Hill crime, Zionist Jew Henry Waxman, to design a health care program that would give the federal government TOTAL CONTROL of one-sixth of the US economy and TOTAL RULE over the health of the American people. 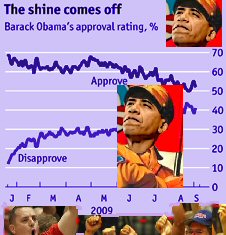 But the American people would not allow the ‘messiah’ Obama to take control of their money and their well being. For when Obama started using local town meetings as his venue, Americans struck back by expressing their ire at their representatives in Congress who hosted the meetings.

Neither were Americans surprised when Obama showed his utter lack of knowledge of what the Pelosi/Waxman Bill is all about. AND they are still in a backlash mode in response to Obama’s contempt toward them who dared to question his utopian health care deceptions. 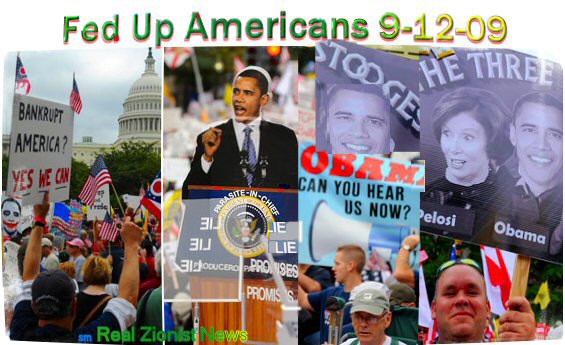 ANOTHER SPEECH?
‘YOU LIE!’

OBAMA THREATENED TO “CALL OUT” all those who “misrepresent” what’s in his Health Care Plan during his speech to Congress on September 9, 2009. Obama made the very same threat in his staged speech in Minneapolis to bused-in groupies and swarming swooners on September 12, 2009.

But Americans are now calling out Obama for his list of lies just as Congressman Joe Wilson did during Obama’s speech to Congress, shouting to the would-be messiah, “You Lie!”

Wilson’s censure was in response to Obama’s statement on illegal immigrants:

“There are those who claim that my reforms will insure illegal immigrants. This is false — the reforms I’m proposing would not apply to those who are here illegally.” View Entire Speech Here.

A CONGRESSIONAL RESEARCH SERVICE REPORT issued August 25, 2009, states that Obama’s Health Care Plan “does not contain any restrictions on participating non-citizens — whether the non-citizens are in the US temporarily or permanently.” While hospitals worry about recouping their costs for treating illegal immigrants, America’s legal citizens will be the ones to pick up the tab. View Entire Report Here.

Obama then told us that he can insure millions more without adding to the already record-breaking deficit. But how is it that after the Congressional Budget Office demonstrated this to be impossible, Obama willfully ignored the findings? And how is it that the very same Congress applauded Obama throughout his speech? (They’re all bought by Zionist Jews who wish to weaken America, that’s why.) 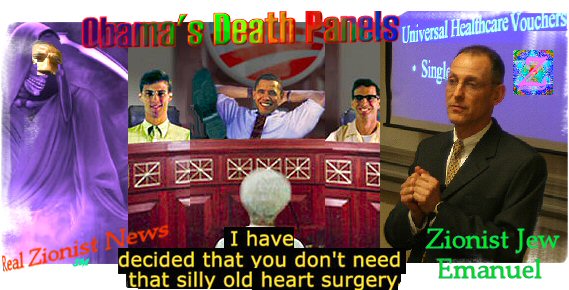 IN SUMMATION, a list of the top six GOVERNMENT CONTROLS on our lives via Obama’s Health Care Plan are in order: 1) We Will Have No Choice In What Health Benefits We Receive 2) No Chemo For Older Medicare Patients 3) Illegal Immigrants Get Free Health Insurance 4) Federal Government Will Set Doctors’ Wages 5) Death Panels Will Decide Who Lives & Who Dies 6) Federal Government Will Have Electronic Access To Everyone’s Bank Account. View Newsweek Report Here.

Obama, liar that he is, denies all of the above. He especially denies that “death panels” will be in place in his Health Plan. The “death panels,” as Sarah Palin calls them, are actually the bureaucracies that Obama is establishing which will make the decisions on who gets health care, how much health care, and whether it is time for us vassals to die.

And who will be the bureaucrats who will decide if we live or die? Jews, Anti-Christian Jews, that’s who. (Rahm Emanuel’s brother, Ezekiel Emanuel, who is Obama’s health care czar and author of Obama’s Health Care Plan, will be one of them.)

BOTTOM LINE: We’ve penetrated the facade and seen the real Obama — a con man with a pack of lies to sell to a fed-up American people…