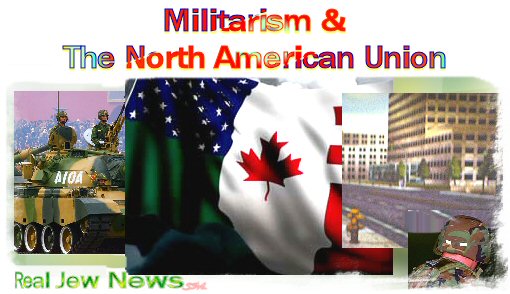 Since the inception of the “War On Terror,” concern for America’s domestic security has translated into legislation elevating the US military into a national police dog.

On March 23 2005, Bush, Mexican President Fox, and Canadian Prime Minister Martin, launched the Security and Prosperity Partnership of North America when they met in Waco Texas. Their joint statement stated:

“In a rapidly changing world, we must develop new avenues of cooperation that will make our open societies safer and more secure, our businesses more competitive, and our economies more resilient.” View Entire Story Here.

The SPP continues to meet annually and outlines plans to consolidate security, trade, and the flow of people. The SPP wants to extend their “security” agenda to an all-inclusive system that mirrors the European Union that would touch on economic, social, political, and judicial issues — a North American Union — complete with its own “parliament.” 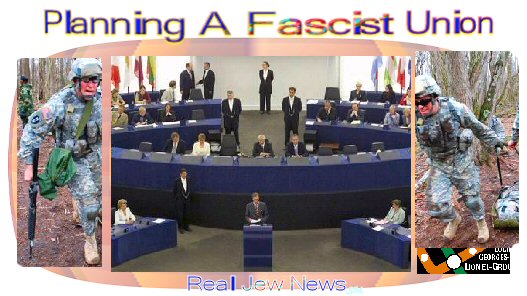 A MODEL NORTH AMERICAN PARLIAMENT mirroring the EU Parliament & EU Court of Justice, which usurps the legislative/judicial independence of its member states, met in Montreal from March 20-25 2008.

The conference was billed as Shape North America’s Future! It was sponsored by the North American Forum On Integration, a consortium of leaders from America’s & Canada’s Military-Industrial Complex, as well as legislators, & Jewish media moguls.

The conference hosted over one hundred university students from the US, Canada, & Mexico, in which they “simulated” a parliamentary meeting between North American political actors.

At the meeting, the students were presented with a “model” NAU Constitution & a Participants Handbook.

The first meeting of the North American Forum On Integration took place on September 1 2006 in Alberta Canada. The Co-Chairs of the meeting were George Schultz, currently the Chairman of JP Morgan Chase’s International Advisory Board, & Peter Lougheed, former Alberta Premier, who currently sits on the board of the Carlyle Group.


And: The Dollar Drops - The ‘Amero’ Cometh Click Here