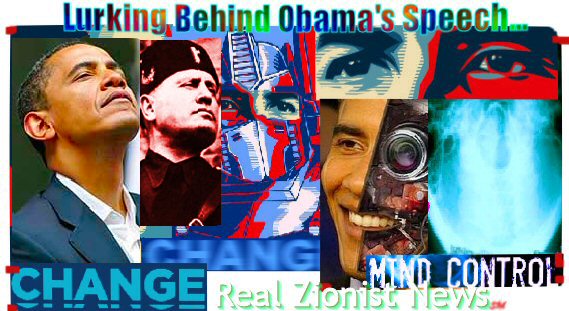 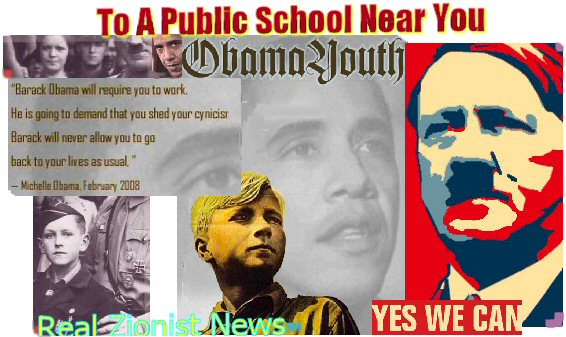 CONTROLLING THE MINDS OF THE YOUTH is the prime agenda of all elitist political systems.

Hitler’s Germany and Mussolini’s Italy have taught the world hard lessons not be forgotten regarding state mind control of the youth.

In America today, the elite Wall Street Jewish bankers and their oligarchical allies have as their puppet, Barack Hussein Obama.

ESSENTIALLY, Obama has a deep seated hatred for the white middle class.

And the elites who run Obama: the billionaire Jew, George Soros, Wall Street banker, David Rockefeller with his protege, Zbigniew Brzezinski, have found a willing puppet in Obama to destroy a middle class consensus, once known as the “moral majority.”

And of course, the Jews who own the ENTIRE press and mass media in America (and who work hand-in-glove with their Wall Street synagogue buddies) have spun the phrase, “moral majority” to mean something to be laughed at.

THE AMORAL OBAMA is now after the minds of America’s children. (Full Screen Here.) On September 8, 2009, Obama will be speaking to children ages 6 thru 17 in America’s public schools via national broadcasting from Wakefield High School in Arlington Washington. Parents won’t be there - state controlled teachers, will.

Obama’s speech, billed as: “President Obama’s National Address to America’s School Children,” will be a flowery, innocuous sentiment about the “importance of education.” Thus, Obama supporters will say the current backlash regarding the speech is much ado about nothing. But nothing could be further from the truth.

The White House had to scratch a line from the required teaching materials instructing students to write letters to themselves about “what they can do to help the president.” But students must still answer such questions as, “What is the President telling me to do?” and, “What is the President inspiring me to do?” View Menu Of Classroom Activities Here. 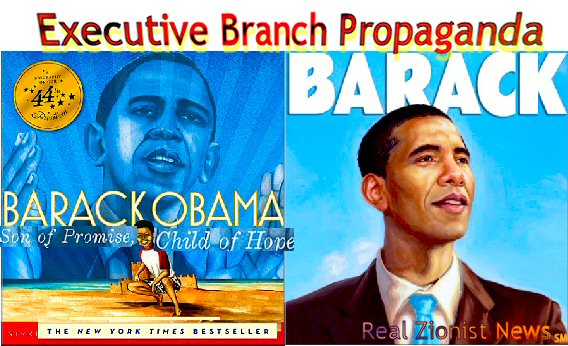 PRIOR TO OBAMA’S SPEECH, students are instructed to read books about Barack Obama.

The first book, Barack Obama: Son Of Promise, Child Of Hope, portrays Obama on the front cover and in its text as a defiant young militant black.

Why? To indoctrinate our youth against a white middle class status quo. A central feature of Obama’s masters is to keep the American people so fragmented so as to guarantee their elitist rule.

The second book, Barack, portrays Obama on the front cover and in its text as a cross between a black, a white, and an Asian.

Why? To indoctrinate our youth against a homogeneous Christian culture which would pose a monolithic front and threat to the elitist Jewish financiers and their war mongering allies - whose wars the Wall Street Jews fund.

The harbinger of the White House control of our youth began on April 21, 2009, when Obama signed into law the “Serve America Act” - HR 1388. Addressing America’s youth at the signing, Obama issued his first order: “We need your service right now. I’m asking you to stand up and play your part.”

THE AGENDA BEHIND Obama’s speech is to bypass American parents and enlist their children into his vision of a world without independent thinking.

Thus will begin the conscription of our nation’s youth into the beginnings of postmodern fascism in America.

And: Obama Lies For His Wall Street Handlers Click Here