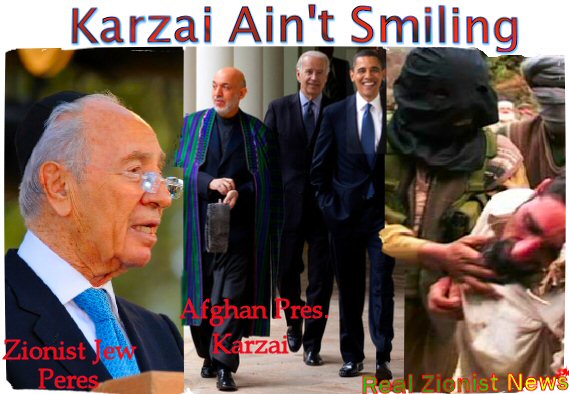 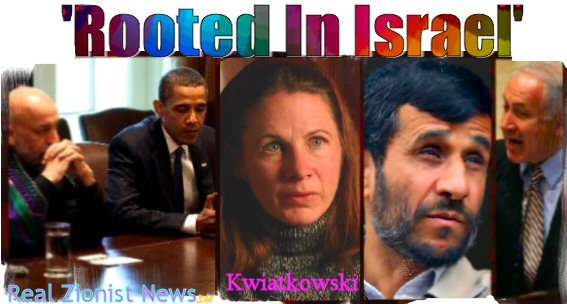 “THE WAR IN AFGHANISTAN IS ROOTED IN ISRAEL,” says Karen Kwiatkowski, whose assignments included duties at the Pentagon and the National Security Agency.

Kwiatkowski holds an MA in Government from Harvard and a PhD in World Politics.

In an interview on July 24, 2009, Kwiatkowski, (who holds an MA in Government Studies from Harvard and a PhD in World Politics), said that the real reason America continues its presence in Afghanistan is to keep the pressure up on Israel’s ‘enemy’ - Iran:

“Pressure from political groups pushes Obama to increase troops in Afghanistan. What we are seeing is a long-term trajectory of Middle East policy rooted in US support of Israel that extends from the two Bush presidencies and now to Barack Obama.

US troops in Afghanistan are a symbolic and visible threat to Iran. But Iran is not a threat to the US in any way. Iran is an annoyance to Israel. What we are doing in Afghanistan is part of a larger Middle East policy that embraces political interests in supporting and facilitating things for Israel.” View Entire Story & Video Here & Here. 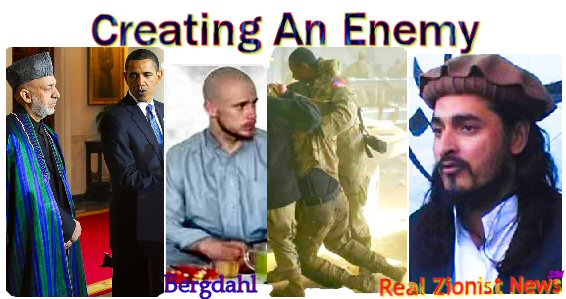 EVER SINCE TAKING OFFICE, Obama has escalated the war in Afghanistan with an additional 17,000 troops bringing the total to 38,000. Obama has also expanded the war into Pakistan using troops and unmanned drones.

In the July US troop surge in southern Afghanistan to prevent the Taliban from disrupting the country’s Aug 20 presidential vote, 95 US troops died with many maimed and wounded. View Charts Of US Troop Increases & Casualties Here (Click Over The Years) & Here. View Civilian Casualties Here. 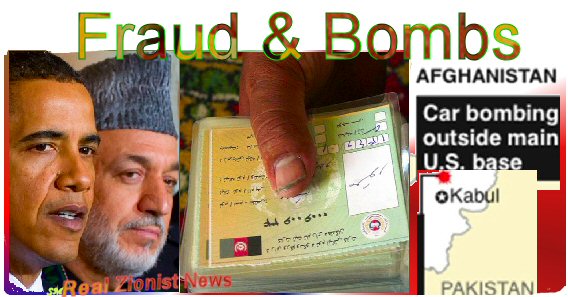 The Taliban, which has made a resurgence since it was ousted by US forces at the end of 2001, is urging Afghans to stay away from the upcoming election polls, dismissing the balloting as an “American process,” and is threatening to block and bomb the roads to polling stations.

AND, we must ask: Whatever happened to Pfc Bowe Bergdahl of Idaho, who was taken hostage by the Taliban in early July? (Kept a secret from his family until two weeks later.) Did the Jewish-occupied press suppress the story? And WHY is the Jewish-controlled press updating a whitewash of Bergdahl’s hostage taking? 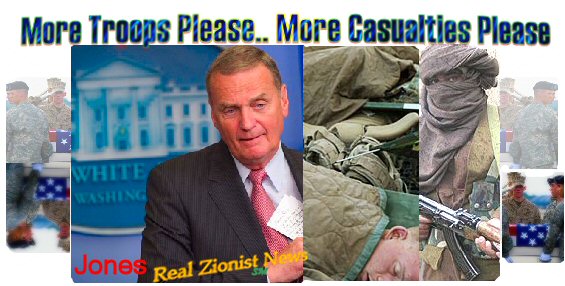 “MORE US TROOP CASUALTIES WILL OCCUR,” affirmed Obama’s National Security Adviser and arms-lobbyist, General James Jones, in an interview with CBS Face The Nation on August 9, 2009. (Until recently, Jones was on Boeing’s Board of Directors).

Upon informing anchor Bob Schieffer that General Stanley McChrystal is “conducting an assessment” to be “evaluated” by Defense Secretary Robert Gates and President Obama, Schieffer pushed Jones: “That sounds like you are getting us ready for sending more troops to Afghanistan.”

Jones replied, “Troop increases are not off the table for discussion. We will see whether our strategy is working and then we will adjust from there.” 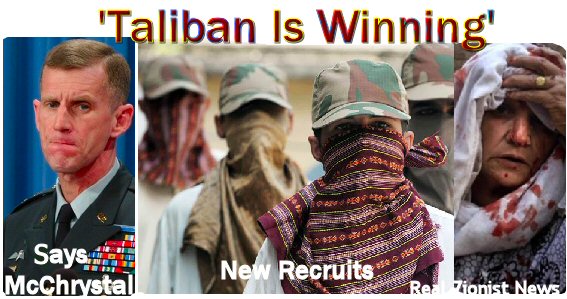 ALTHOUGH THE WHITE HOUSE announced on August 10 that Obama has a “winning” strategy in Afghanistan and enough forces on the ground to achieve US goals despite advances by the Taliban, General Stanley McChrystal sees it otherwise.

For on the very same day, McChrystal told the Wall Street Journal that the Taliban were “now winning” and “gaining momentum” while gunmen and bombers “stormed government buildings” near Kabul just ten days before the presidential election. Adding to the gloom, McChrystal warned that US casualties, already running at record levels, will “remain high” for months to come. 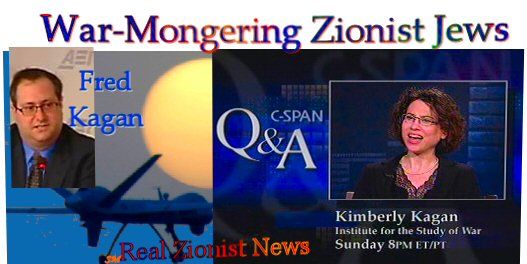 MILITARY EXPERTS ARE WARNING that the US is taking on political commitments that will last at least a decade and at a cost that will eclipse that of the Iraq war.

Since the invasion of Afghanistan eight years ago, the US has spent $223 billion on war-related funding for that country, according to the Congressional Research Service. Aid expenditures, excluding the cost of combat operations, have grown exponentially, from $982 million in 2003 to $9.3 billion last year.

MEMBERS OF THE STRATEGIC ASSESSMENT TEAM include the Zionist Jew, Fred Kagan of the Jewish ‘think tank,’ The American Enterprise Institute, and his wife Kimberly Kagan, president of the Institute for the Study of War. (Jews simply love the idea of ‘War’ where only Gentiles die.)

The Zionist Jew, Jeremy Shapiro, a military analyst at the Brookings Institution, is also a member of the ‘team.’

Fred Kagan, a former military historian at West Point who NEVER served in the armed forces of course, has been pushing for an escalated Afgan war since 2007.

Along with his Zionist Jewish colleagues at JINSA, the quest to reduce Israel’s dependency for oil in the oil-rich Caspian basin to the northwest of Afghanistan plays a large part in Kagan’s Afghanistan war promotion.

Presently, Israel imports 90% of its oil from the Caspian region and Russia.

In other words, the Zionist Jews in control of US foreign policy have turned the war in Afghanistan into Obama’s ‘Zionist’ war…