Obeying The Zionist Line At AIPAC 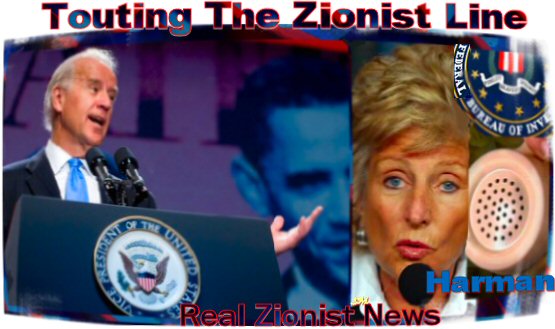 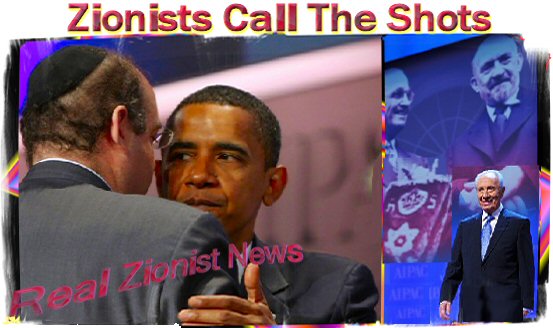 ZIONIST JEWS HAVE WON THE DAY ONCE AGAIN on Zionist-occupied Capitol Hill.

This total, abject domination of Washington was morbidly demonstrated in the American Israeli Affairs Committee Policy Conference (AIPAC) held in Washington DC, May 3-5, 2009. As always, many Zionist bought, bribed, and quietly threatened lowlife US politicians made their obligatory appearances to grovel and spew their Zionist-pleasing, lap dog, obsequious speeches.

Touting the usual Pro-Israel phrases ad nauseum, such as, “Our unbreakable commitment to Israel” or “Our shared values and deep ties” and certainly “A common commitment to democracy,” political hacks and Zionist whores and dupes such as Joe Biden, Senators John Kerry, Steny Hoyer, and Eric Cantor, all chimed in with their fawning, absolutely disgusting statements of obedience and ‘loyalty’…insuring for themselves continued campaign donations and perks from the Jewish AIPAC lobbyists and their malignant, malevolent engine of control and subjugation.

ALONG WITH THEIR PRO-ISRAEL STATEMENTS, all of the AIPAC-patsies listed above voiced the Zionist line of the “Iranian threat.” Biden warned of the “dangers of a nuclear-armed Iran who play a dangerous role in the region, supporting terrorist organizations like Hamas to exploit the Israeli-Palestinian conflict.” (Applause!)

Not to be left out of the Anti-Iran rhetoric, Kerry expressed similar Zionist frothings: “When we say that a nuclear-armed Iran is unacceptable, we mean it!” (Applause!)

Senator Kerry, who succeeded Biden as Chairman of the Senate Foreign Relations Committee, (of course Kerry was invited!), was informed along with Biden at the conference by Israeli President, Shimon Peres, that “Israel would not stop settlements in the West Bank and East Jerusalem from having natural growth, as existing families grow.”

So much for America’s “pressure” regarding settlement curtailment in Israel… View A List Of Zionist-Bought Lawmakers At AIPAC Conference 2009 Here. 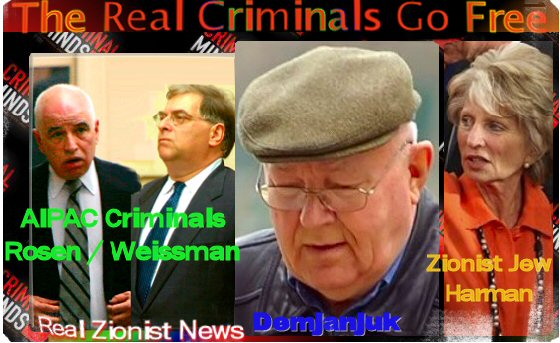 COUNTLESS LAWMAKERS BEHOLDEN TO THE ZIONIST LOBBYISTS made their appearance at the AIPAC Conference, including the Zionist Jew, Representative Jane Harman, who chairs the Homeland Security panel’s intelligence subcommittee. Her boss is another Zionist Jew, Senator Joseph Lieberman, who is the Chairman of Homeland Security.

Harman. a former member of the House Intelligence Committee, was caught by the National Security Agency promising to help two former AIPAC employees, Steven Rosen and Keith Weissman, accused of disclosing US defense secrets to Israel.

FBI agents poured substantial resources into the case, and the decision on June 30, 2009, to dismiss all charges against the Zionist Jews, Steven Rosen and Keith Weissman, infuriated many within the law enforcement agency. But the Jewish lobbyists of AIPAC are more powerful than the FBI.

Only the day after the Zionist Jewish criminals got off scot-free, the law-abiding American citizen, John Demjanjuk, accused by Jews of being a Nazi camp guard, was denied a stay of deportation by a US Appeals Court.

Demjanjuk is wanted by blood-thirsty Zionist Jewish elites in Germany on war crimes charges. The ruling allows for the 89-year-old Ohio resident to be deported to face vicious Zionist Jews in Germany although Demjanjuk denies the charges. He claims he was captured by the Germans in his native Ukraine and kept as a prisoner of war.

But when it comes to justice for Gentiles, the Zionist-occupied courts show no mercy. Only to their own, like Rosen and Weissman, do the Zionist Jews twist the wheels of justice to aid their elitist fellow tribesmen. 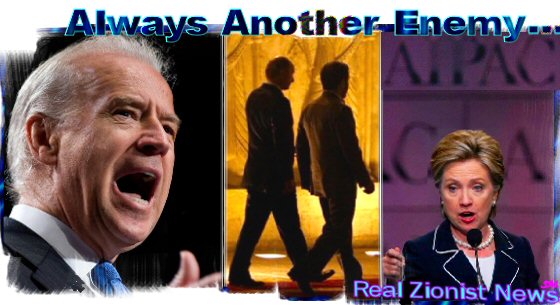 THOUSANDS OF AIPAC LOBBYISTS FROM ALL 50 STATES descended on Capitol Hill on May 5, 2009, pressuring (bribery/blackmail) members of Congress in more than 500 lobbying meetings. These Jewish lobbyists insisted that $2.775 billion of US tax dollars be sent to the apartheid, racist, terrorist and rogue state of Israel as part of the fiscal year 2010 budget.

This demand reflects the second year of the 10-year U.S.-Israel Memorandum of Understanding, signed in 2007, which called for a gradual increase of $30 billion in US military aid to Israel.

At the top of the agenda in these meetings with cowed members of Congress, was stopping Iran’s nuclear power development, which the Zionists falsely label: “Iran’s pursuit of nuclear weapons capability.”

AIPAC LOBBYISTS DEMANDED THAT CONGRESS MEMBERS vote for the pending Iran Refined Petroleum Sanctions Act (IRPSA), which was just introduced in the House and Senate.

The IRPSA Bill was led in the Senate by the Zionist Jew, Joseph Lieberman. And in the House, the Bill was introduced by Foreign Affairs Committee Chairman, Zionist Jew, Howard Berman, and Ranking Member, Ileana Ros-Lehtinen, also a Zionist Jew. (Congress now has a record number of Jews).

IRPSA targets global energy companies that do business in Iran, stating that in order to maintain the right to operate in the US, they must end their ties with Iran. View Entire Story Here.

And: How The Israel Lobby Nailed Freeman Click Here