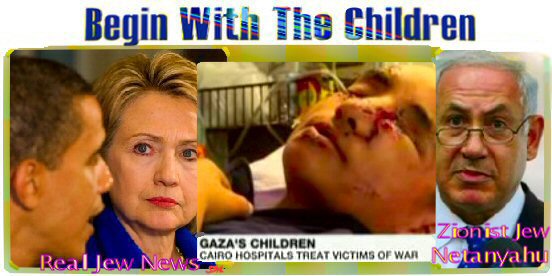 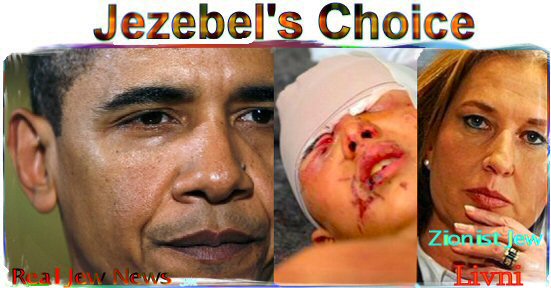 THE TRANSFER & ANNIHILATION OF ARABS in Palestine has been the continuing policy of Zionist Jews since the late 1800’s. And in very recent days with Israel’s invasion of Gaza, the Israeli policy of “ethnic cleansing” has been displayed to the entire world in all of its horrific manifestations.

Obama, in a recent interview with the Saudi-owned Al-Arabiya TV network on January 26, 2009, reiterated the US “commitment to Israel as an ally and to its right to defend itself.”

And in her first news conference on January 27, 2009, Secretary of State Hillary Clinton stated that “America supports Israel’s right to self-defense.” Clinton added that “the rocket barrages which are getting closer and closer to populated areas in Israel cannot go unanswered.”

But to their shame, neither Obama nor Clinton, (both controlled by Jewish votes & money), said nothing regarding Israel “defending itself” against Arab children in Gaza in their “answer” to alleged rocket barrages.

Bringing Israel’s ethnic cleansing policy even more up-to date, on January 26, 2009, Likud leader, Benjamin Netanyahu, promised a Tel Aviv Women’s Network Group that he would expand Israeli settlements in the West Bank if elected premier. Netanyahu said he would allow the settlements to expand to accommodate “natural growth” which he defined as referring to building new housing to accommodate growing families among the settlers. 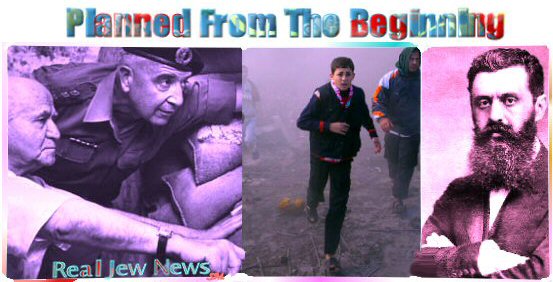 THE ZIONIST ENTERPRISE HAD CALLED FOR THE ANNIHILATION of the indigenous Palestinian population in its very foundations. In the late 1800’s, Zionism’s founder, Theodore Herzl, called for an enforced separation of Arabs from Zionist Jews:

“It is best to spirit the penniless Palestinian population across the borders by denying it any employment in our own country.” View Entire Story Here.

It was Israel’s first Prime Minister, David Ben Gurion, who in 1948, expanded on Herzl’s enforced separation, by covertly promoting an agenda of ethnic cleansing:

“The UN partition of a Jewish State being offered to us is not the Zionist objective. Within this area it is not possible to reach our historic goal. But it can serve as a decisive stage along the path to a greater Zionist implementation.” View Entire Story Here.

And in foreshadowing of what had recently occurred in Gaza, in 1967, Ben Gurion overtly stated the means by which the Zionist historical goal would be implemented:

“We must use terror, assassination, intimidation, land confiscation, and the cutting of all social services to rid Palestine of its Arab population.” View Entire Story Here & Here. 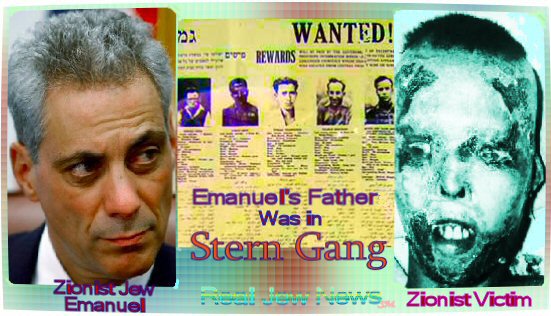 In his highly acclaimed book, The Ethnic Cleansing Of Palestine, Ilan Pappe, gives an account of the very first Arab village in Palestine to be ethnically cleansed. Lifta was a large rural village just north of Jerusalem, home to 2,500 Arabs, both Muslims & Christians.

Armed with machine guns, the Israeli Hagana attacked the village, unprovoked, spraying the village coffee house, while members of the terrorist Stern Gang, (Rahm Emanuel’s father belonged to this group), ran through the village firing indiscriminately at Arab residents. Just prior to the attack, the Stern Gang had issued pamphlets to its activists: “Destroy Arab neighborhoods and punish Arab villages.” View Entire Story Here. 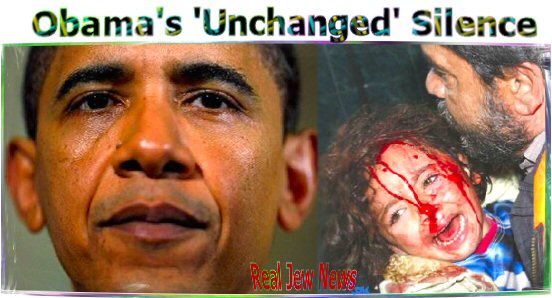 DURING ISRAEL’S 22 DAY assault of Gaza, 1,414 Palestinians - among them more than 419 children - were slaughtered. Many Arab children have facial scars resulting from Israel’s use of illegal phosphorus bombs that have left the children writhing in pain.

The opening salvo of Israel’s assault on the 1.5 million residents of Gaza had as its ultimate goal the dismantling of the government infrastructure of Gaza. Israeli leaders had indicated in the months preceding the Gaza invasion that any facility, institution, or person linked to the resistance movement would be considered fair game. This threat effectively placed all Gazan inhabitants as targets for Israeli weaponry. View Entire Story Here. 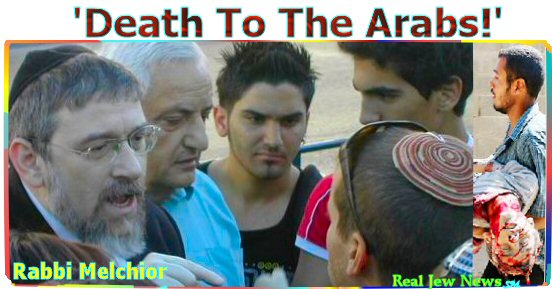 Now, in the aftermath of Israel’s Gazan venture, Israeli youth are being taught to hate their Arab neighbors and co-residents. “Death To The Arabs!” 800 Israeli high school teenagers chanted in response to an address by Israel’s religious-Zionist Meimad Party leader, Rabbi Michael Melchior, on January 22, 2009.

While the world remains in shock over Israel’s brutal slaughter of innocents in Gaza, the Israeli population (and World Jewry) brush aside concerns about civilian casualties and accounts of Palestinian suffering. And as Rense.com political analyst, Terrell E Arnold, recently pointed out, Obama remains silent… 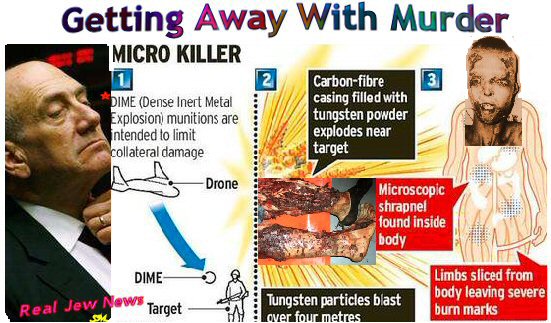 WITH WAR CRIME ACCUSATIONS documented & mounting against Israel, including Amnesty International’s call for a full investigation of Israeli atrocities, it has come to light that Israel has turned Gaza into a research laboratory to test newly received US weapons.

After working for 10 days at the Shifa Hospital in Gaza City, Dr Mads Gilbert, a member of a Norwegian medical team, told reporters that a US-made lethal weapon that is highly carcinogenic, called Dense Inert Metal Explosives (DIME), was being used on Gazan civilians:

“DIME has biological effects on those who are either hit by the weapon or are in proximity of its denotation. Tissues and bones are shredded to pieces of those close to the lethal range of DIME. Victims may also subsequently contract cancer from the micro-shrapnel embedded in their body tissue within just four to six months.” View Entire Story Here.

In a very telling, (and morally low), public action by the rogue state of Israel, it refused to sign the 1972 Biological Weapons Conventions. Nor did Israel explain the reasons behind its refusal to sign.

Unless all peoples of conscience & some degree of morality, (Israeli leaders have neither), speak out now against the brutality of the racist state of Israel, the Palestinian people could very well face not only massive “ethnic cleaning,” but the extinction of their race.