Confessions Of An Anti-Zionist Journalist

Confessions Of An Anti Zionist Journalist

CONFESSIONS OF AN ANTI-ZIONIST JOURNALIST
By Brother Nathanael Kapner, Copyright 2009

I WAS BORN A JEW and I hope to die a Christian — an Anti-Zionist Christian at that. Although I was raised in a religious Jewish home, when I reached the age of twenty-one, I repudiated Judaism and embraced Jesus Christ and Christianity. Eventually, I was baptized in the Russian Orthodox Church and now call myself an “Orthodox Christian.”

Having grown up in paradigm of upper-middle class synagogue lifestyle, I know, intimately, how Jews think and operate from the inside. I was taught and instructed - brainwashed - that I, as a Jew, was one of God’s ‘chosen’ and was therefore better than my non-Jewish friends. In fact, I and other Jews were/are ‘better’ than all the other peoples on the planet. I grew up knowing that Jews ran Hollywood, television, radio, the press, and the mass media.

Later, in my adult years as an Orthodox Christian, I came to understand that nearly 50 million Russian Orthodox Christians were murdered by Bolshevik Jews during the communist takeover of Czarist Russia and subsequently under both Lenin & Stalin. I was also to learn later that this massive slaughter of Christians was aided, abetted and financed by Wall Street Jews and the international Zionist money machine…the people of my own birth and upbringing.

I knew I had an enormous amount of information about the Jews and could expose them before a worldwide audience via the Internet if I wanted to. But I hesitated. Why? Because I feared being hated by the Jews and condemned as a ‘meshumad’ - a ‘traitor.’ I also feared being labeled by Gentiles as a ‘racist’ and being smeared by the Zionists and organized Jewry as an ‘anti-semite.’

It wasn’t until the summer of 2007 that the dam broke. This transformation was entirely due to my growing grief of what the Jewish-owned and funded American Civil Liberties Union (ACLU) was doing to eradicate all public expressions of Christianity in America.

Among many attacks, I observed the ACLU litigating against public displays of Nativity Scenes and the Cross - while at the same time getting their Jew judges to legally allow the Jewish Menorah to be displayed in public as a ’social symbol,’ but legally banning the Nativity Scene as a “religious symbol.” I was indignant. It was now time to go public and fight back. 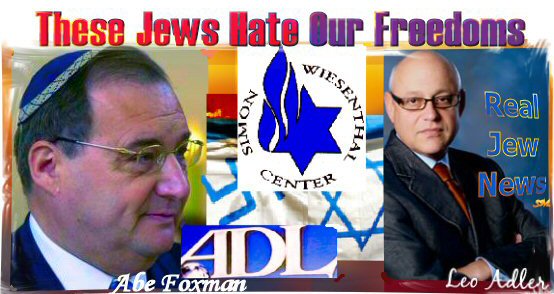 I STARTED REAL JEW NEWS in the autumn of 2007. It did not take long for me to realize that two wealthy Anti-Christian/Anti Freedom-Of Speech Jewish groups, namely, the Anti Defamation League and the Simon Wiesenthal Center, were out to stop me. They were/are obviously most concerned about a former Jew going public with the truth about their world domination plans and tactics.

These two Jewish organizations, do, indeed, have a formidable opponent in myself…one Brother Nathanael Kapner, former Jew, who is on to their evil agendas of destroying Christian civilization and ushering in a Jewish police state in which freedom of speech would be stopped, guns will be outlawed, and our Constitution riddled with Jewish Communistic malignancies.

The ADL/Wiesenthal fiat to police the Internet soon targeted this site, Real Jew News, as an object of their CENSURE. For on August 13, 2008, the freedom-hating Jew, Leo Adler, Director of the Canadian branch of the Simon Wiesenthal Center, forced Rack Force Web Hosting to ban Real Jew News from its servers by slandering Real Jew News as a “hate site.” View Entire Story Here.

Not long after that, the truly wicked Anti-Christ Jew, Abraham Foxman of the ADL, forced 2 back-to-back Web Hosting companies to ban Real Jew News, costing me much financial & emotional distress. And to top it all off, the same wicked Jew, Foxman, (he fears the dissemination of the Truth), got Pay Pal to ban me from using their services for donations. 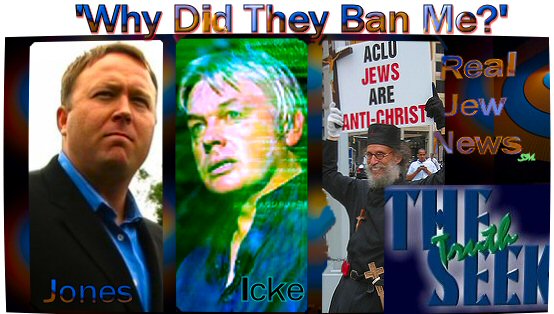 GETTING EXPOSURE OF REAL JEW NEWS has been an experience of much frustration and disappointment. Over and over again, Websites that I thought were committed to publishing the “Truth,” such as Info Wars & Prison Planet, both owned by Alex Jones, David Icke.com, and The Truth Seeker UK, have all censored my work. These sites are clearly and blatantly running protection for Zionist Jewry and do not believe in freedom of speech. That is beyond debatable.

On his Info Wars Forum, Alex Jones deleted all comments that had links to articles on Real Jew News. Jones even had a regular forum participator, a man named Nicolae Ibasfalean, BANNED from ever posting on Info Wars Forum again, simply because he posted links to various Real Jew News articles.

William Cooper exposed Jones as a fraud, and was shot to death a few weeks later. Some suggest Cooper was an obstacle…and was removed to clear the way for Jones to ‘fly-paper op’ as much of the patriot community as possible. View YouTube Videos Here.

Jones, with his massive ego and Protestant fundamentalist background, is clearly a Zionist operative and co-conspirator. Either in the closet or otherwise, it matters not. He is also one of the most notorious ‘borrowers’ of other site’s materials and other talk show host guests and topics. Sadly, his legions of sycophants and kool-aid drinkers are every bit as blind and brainwashed as those who will follow Obama into the abyss…and will never figure it out.

Particularly distressing was an occurrence on the allegedly open-ended ‘free speech’ David Icke.com Website. A Real Jew News article exposing Obama’s dependence on Jewish wealth and influence was featured on his site early one morning. I was informed two hours later that Icke had taken the entire article down without explanation and banned Real Jew News articles from ever appearing on his site again. This is extremely bizarre behavior by an otherwise remarkable man. 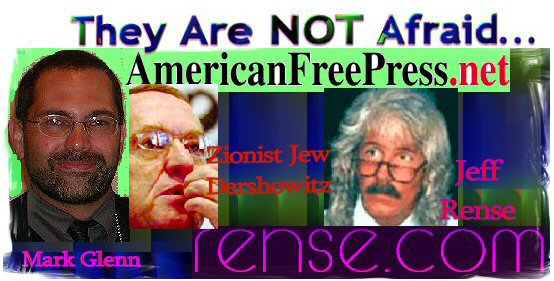 I ASKED MYSELF, “Why are these sites, supposedly dedicated to Anti-Zionism, either giving Real Jew News short shrift or banning Real Jew News altogether? In the case of David Icke, I am extremely concerned about his ultimate agenda.

I noticed on Icke’s site that he often uses David Dees’ illustrations featured on Rense.com, yet never acknowledges David Dees’ authorship & Rense.com as the source for these illustrations — as if — they were Icke’s own property. I do not know how Rense.com feels about this but it certainly presents a less than honorable ‘journalism.’ Rense.com states that its site is the most plagiarized site on the net. Of that there is NO doubt.

Again, regarding Alex Jones, I have learned from reliable and substantial sources (not flakes) that he is, in fact, a crypto-Zionist (which is certainly his right) and that many wealthy Jews not only support him but advertise on his site & radio program as well. This leaves the distinct impression with some that Jones is really not truly loyal to publishing the Truth, but rather to catering to his handlers and power base largely composed of wealthy Zionist Jews and various Jewish Hollywood elites. This is in NO way a gratuitous slam of these men but an honest portrait as I have personally experienced and observed it.

Finally, in the face of my many disappointments and after months of harassment, censorship and frustration, two fine men dedicated to the Truth and Anti-Zionism without compromising to Zionist pressure or sympathy came to my rescue: Jeff Rense, the world-renowned 15-year host of the Jeff Rense Program and Editor-in-Chief of the world news bastion (the last one?) of GENUINE journalism Rense.com Website, and Mark Glenn of the American Free Press. Both of these courageous Internet publicists began publishing Real Jew News articles on their sites and doing radio interviews with me…permitting me my right to freedom of speech on the airways. 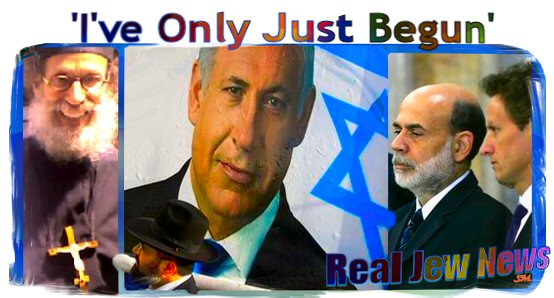 Presently, this journalist, Brother Nathanael Kapner, is an official journalist with the Rense.com Website. And Mark Glenn often posts Real Jew News articles on his various Websites such as The Ugly Truth and on American Free Press print editions. And, no, neither of these men had anything to do with my observations memorialized in this essay.

So, Real Jew News, in spite of enemies from without and from within, is growing in readership daily, now up to 700,000 page visits per month. And thus I say to all who would like to see Real Jew News and myself, Brother Nathanael Kapner, disappear from off the face of the earth, “I’ve only just begun…”

A Special Thanks To The Servants Of Jesus Christ For Their Generosity!
For More See: Why I Left Judaism Click Here