The ADL Hates Our Freedoms 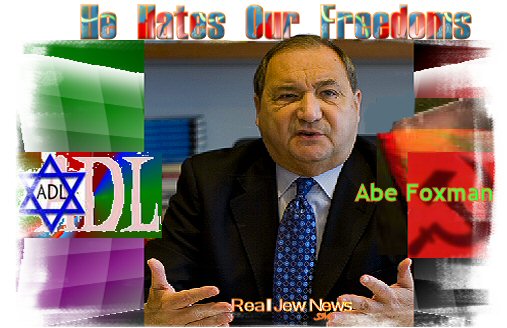 THE ADL HATES OUR FREEDOMS
By Brother Nathanael Kapner, Copyright 2008-2011

Unique Source: ADL Wants Boundaries On The Net! @ Rense.com Here
I HAVE BEEN LABELLED BY THE ADL as a “rabid Anti Semite.”

And Real Jew News has been harassed by the “Anti Defamation League” by intimidating my last two Web Hosting Companies and causing them to shut down Real Jew News without warning. I have incurred much expense both in money & time because of the ADL’s intimidation tactics.

The ADL indeed hates our freedom to disagree over US policy towards Israel. An example of this is illustrated in the incident known as “The Judt Affair.” On October 4 2006, a renowned NYU historian by the name of Tony Judt was scheduled to speak at the Polish Consulate in Manhattan. Judt was to give a talk on the Israel Lobby & planned to argue that the Israel Lobby stifles honest debate.

An hour before Judt was to arrive, the Polish Consul General, Christopher Kastryzk, canceled the talk. Kastryzk said that the Anti Defamation League had called and exercised “delicate pressure.” He quickly concluded Judt was too controversial. It was later discovered that it was Abraham Foxman, ADL’s director, who had called Kastryzk. 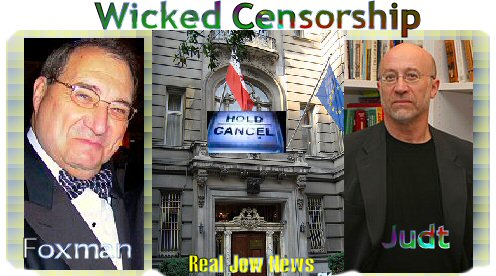 ADL BOASTS OF THEIR HATRED OF FREE SPEECH

THE ADL SEEMS TO BASK in its victories over those who wish to exercise their First Amendment rights. Here’s what Abraham Foxman, national director of the Anti-Defamation League, had to say about the Judt affair:

“The Polish Consulate made the right decision. Mr Judt has taken the position that Israel shouldn’t exist. That puts him on our radar. We’ve been keeping tabs on Mr Judt.” View Entire Story Here & Here.

But Judt had this to say about the ADL:

“This is serious and frightening. This is a Jewish organization that believes they should keep people who disagree with them away from anyone who might listen.” View Entire Story Here & Here.

And that about sums it up doesn’t it my fellow Americans? We have a true terrorist organization and terrorist leader right here in the good ‘ol USA.


And: “3 Main Characters Of The Jewish Lobby” Click Here