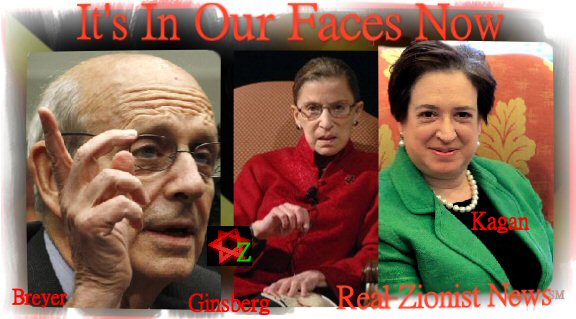 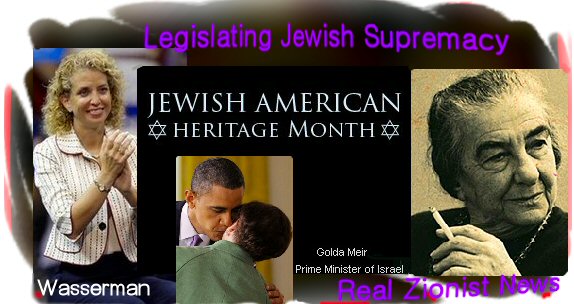 IT’S IN OUR FACES NOW. With no sign of diffidence, the Jewish Telegraphic Agency recently published the feature article, “Welcome To Obama’s Jewish America.”

Celebrating the first-ever Jewish America Heritage Month event at the White House on May 27, 2010, Obama let it be known that Jews have “immeasurably enriched our national culture” and that “Jewish Americans have maintained their own unique identity.”

Obama is certainly correct in his latter remark that American Jews have “maintained their unique identity.” For in their refusal to enter the great “American Melting Pot, ” (a concept which Jews themselves advanced so as to dilute a Gentile racial face in America), American Jewry remains distinctly pitted against the only force that could ever oppose their “unique identity” agenda, a White Christian power bloc.

But whether or not the Jews have “immeasurably enriched our national culture” is open to fierce debate. For in their litigations and media campaigns to annihilate Christianity—and instead, to impose perversion of every depraved kind—proves the opposite of Obama’s pandering avowal. 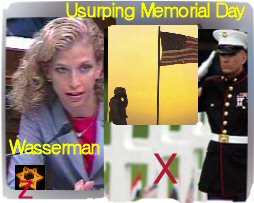 The month of May is traditionally set apart to celebrate Memorial Day, conferring special honor on America’s Christian war dead. But this national holiday month has been usurped by American Jewish Heritage Month, now to be officially observed by all American citizens, even though Jews make up only 1.7% of the population.

Yes, it’s official! The Jew, Rep Deborah Wasserman, passed House Resolution 315 in 2006 to please her Jewish power brokers, certainly not representing her constituency, foisting upon all Americans the observance of this new national “Jew” holiday. For what purpose? For the sole aim of exalting the Jewish race to the exclusion of 98.3% of the rest of the American population who are NOT Jewish and have no desire for things Jewish.

Lamentably, and to America’s continual cultural degradation by organized Jewry, alongside of the Congressional Resolution is a White House Proclamation and a de facto unification of synagogue & state.

It is to be specifically noted — under intense Jewish pressure — Obama omitted in his White House Proclamation, the traditional formulaic phrase attached to dates on government documents: “In the year of our Lord.”

Instead, the final paragraph refers merely to the “thirtieth day of April, in the year two thousand ten.” Indeed, the “Jewification” of America is now complete.

JEWISH LIES
FROM THE WHITE HOUSE

Eagerly awaiting her co-religionist, fellow leftist and despiser of the US Constitution, Elena Kagan, to join her and Justice Stephen Breyer at the Supreme Court, so as to comprise what Pat Buchanan cites as a disproportionate 33% of Jews on the highest judicial bench of the country, Ginsberg nodded in approval when Obama announced from the podium that he and Sandy Koufax, (also a guest), “are both lefties.” 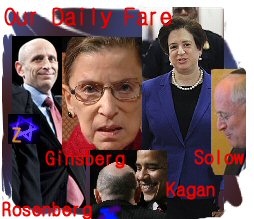 With Obama’s reception trumpeting the ad nauseum “unbreakable” US-Israel bond, Jewish guests such as Lee Rosenberg, president of the American Israel Public Affairs Committee (AIPAC), and Alan Solow, chairman of the Conference of Presidents of Major American Jewish Organizations, could thank their billions of Jewish dollars, NOT their so-called “values,” for perpetuating the lie that Israel represents a bastion of democracy in the Mid East.

But to the 1.3 million Palestinians who reside in Israel as “citizens,” first under a de jure and now a de facto Military Administration, Israel is about as much of a “democracy” as Hitler’s Germany.

It is the structural-legal discrimination within the Israeli legal system which allows for continual confiscation of Palestinian properties and provides the foundation for institutionalized bias against Israel’s Arab population. This legal tyranny precludes the Palestinians from enjoying full civic, political, economic, social and cultural rights which a true democracy should confer upon all of its citizens.

In other words, Obama’s proclamation of Jewish American Heritage Month and his reception in honor of wealthy and powerful Jewish Americans, is nothing more than the typical daily fare served up to the American sheeple.

Are steak and potatoes on this menu? No way. Rather, bagels and lox with a side of kosher influence-peddling now rammed down American’s throats in a Jewish-controlled America.

Where will it end? In a severe backlash against the Jews which will outdo all the uprisings against Jewish tyranny in Jewry’s not-so-innocent past?

History, although tampered with in Jewish-manipulated accounts, is a textbook itself in precedents of reactionary responses oft-repeated in actual events which never lie, they simply happen. And to the Jews, it may happen soon…