How The Jews Took The White House

HOW THE JEWS
TOOK THE WHITE HOUSE 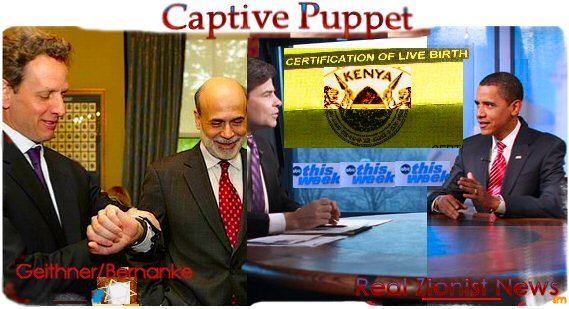 IF OBAMA EVER CROSSES THE JEWS, an army of Jewish publishers, journalists and lobbyists will destroy him instantly.

The Jews know of Obama’s alleged homosexual activities and his presidential ineligibility due to his birth in Kenya. In other words, the Jews who own America’s mainstream media, could ruin Obama in a minute.

Thus, the Jewish banking elite who work closely with their synagogue buddies at ABC, NBC, and CBS, have decided FOR Obama those whom he appoints as his key advisers and those whom he confirms as heads of the institutions connected with the White House.

Mikva is one of many influential Chicago Jews who have been among Obama’s earliest and most ardent backers. Through their large financial contributions and influence peddling, Obama’s Chicago enablers insured for themselves both a place in his administration and political leverage serving Jewish interests. These include the following, all of whom, are inter-connected:

As listed in the publication, The Barack Book, Jews have played and continue to play a key role in propping up Obama as a puppet for Jewish interests. Also listed in The Barack Book as amongst Obama’s Chicago ‘friends’ is The Joyce Foundation, a Gentile-sounding foundation, but is actually a Jewish organization that lobbies for gun confiscation of Gentiles, funded by the Jewish billionaire, George Soros.

Noted for his takeover of the Democratic party, Soros was the major financial contributor of Obama’s presidential campaign through his huge network of PACs and civic groups. 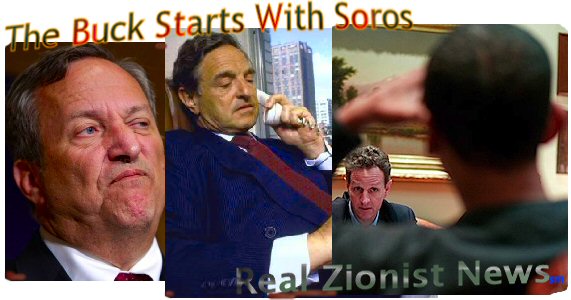 THERE ARE PRESENTLY 3 JEWS who have infiltrated the Obama administration, and for all practical and Jewish purposes, run the White House: George Soros, Larry Summers, and Timothy Geithner.

Born in Budapest in 1930 as Gyorgy Schwartz, when young Schwartz enrolled in the London School of Economics in 1947, he changed his surname to Soros so as to pass himself off as a Gentile. In 1956 Soros settled in NYC where he built his multi-billionaire hedge fund called the Quantum Fund.

Exposed as Obama’s “money man,” Soros’s involvement with Obama’s political career began in 2005 with Soros fundraising for Obama’s campaign for US Senate and continued through the 2007 Presidential campaign launch with huge fundraising operations. Soros has got his bought-and-paid-for White House stooge through whom he can operate.

As a Jewish manipulator par excellence of markets, political scenarios, and economic conditions, (Soros boasts, “I’m having a very good crisis!” with regard to his windfall profits in America’s current economic crisis), Soros is at the top of the food chain of Obama’s economic duo - Summers and Geithner - both totally under Soros’ thumb.

SOON AFTER FOX NEWS exposed Obama as a liar in his promise for “transparency” due to his denying access to the White House Visitor List, Obama was forced against his will to release a partial list of visitors which shows Soros visiting Summers no less than 4 times. Zionist Jew, Lloyd Blankfein, Chairman of Goldman Sachs, also met both with Summers and Obama. Rev Wright & Bill Ayers were among Obama’s ’secret’ guests.

Why did Soros visit Summers, Obama’s chief economic adviser, 4 times? Let’s back up a bit. Summers was forced out of his job as President of Harvard in 2006 on the pretext of his uttering ’sexist’ remarks. Out of a job and his reputation sullied, Soros, (who began courting Summers in 1991 to assist in his looting of Russia), came to Summers’ rescue.

Through his connections to the hedge fund, D.E. Shaw & Co, vis a vis his interlacing investments, Soros arranged for Summers to land a token high-salaried job with D.E. Shaw in 2006 through 2008 as an “investment strategy adviser.”

After granting Summers a day in the sun for a year, Soros began bringing Summers along with him to the Davos World Economic Conference and various other economic summits throughout 2008. Obviously, Soros was preparing the American public for a Soros lackey in the White House, which Soros knew he would soon own through his puppet presidential candidate, Obama. Now Summers marches to the beat of his master.

Timothy Geithner is the Secretary of the Treasury. Geithner was a close aide of Summers in his stint as Treasury Secretary during the Clinton administration where Summers addressed his protege as “young Tim.”

Just prior to his term as President of the NY Federal Reserve from 2003-2008, Geithner had failed to pay at least $34,000 in taxes. Soon after Obama nominated Geithner for Treasury, he was exposed as a tax cheat, yet the Jew-bought Congress still confirmed him.

With the economy in crisis due to Jewish Wall Street finaglers, Geithner went to work to protect his synagogue buddies by appointing as his closest Treasury aides, (none of whom faced Senate confirmation), the Jewish criminals who got us into the crisis to begin with.

As his chief-of-staff, Geithner chose the Goldman Sachs lobbyist, Mark Patterson, contrary to Obama’s promise (he’s a liar) that the White House would be off limits to lobbyists.

As past president of the NY Federal Reserve, which “maintains the nation’s payment systems,” Geithner knows where the trillions of Bail-out TARP dollars, (which Bernanke refuses to reveal), went. Geithner knows where the bodies are buried and that’s why he was appointed and has hired Wall Street shysters as his closest aides to PROTECT the GUILTY….Jews, that is, Wall Street bankster Jews….