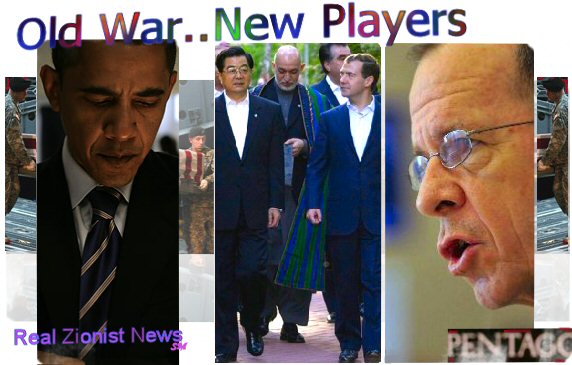 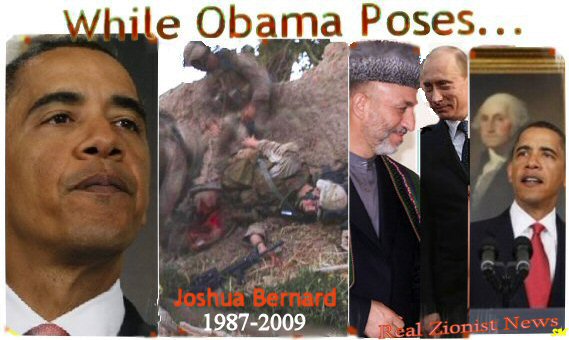 AS OBAMA PREPARES TO INCREASE US TROOPS IN AFGHANISTAN, both Russia and China have been making strategic inroads into the war-torn country.

Although the Jewish-occupied media, such as the Wall Street Journal, reported on September 21, 2009, that Obama “questions the Pentagon’s plan to add forces in Afghanistan,” this is nothing more than deception and typical ‘Obama staging.’

Obama is owned by the Military/Zionist complex and we must not fall for his lies and deceit. There WILL be a troop increase in Afghanistan, as US commander General Stanley McChrystal is now urging in his ‘leaked’ 66 page ‘confidential’ report to Obama, published by the Jew-owned New York Times on September 20, 2009.

The article quotes McChrystal as saying, “Without additional troops within the next year the conflict will result in failure.”

In other words, Obama has received his marching orders both from the Pentagon and the Jews who own the propaganda machine in our post-modern, fascist-tending America. Eurasia is the chess board and Obama is in the game with weapons of mass destruction.

RUSSIA SIGNALED ITS RE-ENTRY into Afghanistan in February of 2007 when Foreign Minister Sergei Lavrov visited Kabul to reopen the Russian embassy and meet with Afghan President Karzai. During the visit, Lavrov offered Russian military assistance through the Collective Security Treaty Organization (CSTO) to “help establish the organs of government.”

Both Russia and China are seeking to gain a greater foothold in Afghanistan - hoping to augment the role of the Shanghai Cooperation Organization as an essential player in any settlement of the Afghan question.

Although military assistance to Afghanistan could only come from Russia, the official reporting presents it as an initiative of the CSTO (Russia, Belarus, Armenia, Kazakhstan, Kyrgyzstan, Tajikistan, Uzbekistan). The delegation held meetings with these countries’ embassies in Kabul in March of 2007. At the same time, representatives from the Zionist-controlled West were NOT invited. 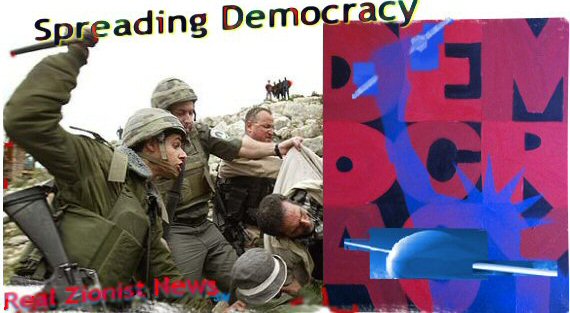 MOSCOW HAS PUT ZIONIST-OCCUPIED AMERICA on the defensive by helping Afghanistan. For its part, Russia cannot allow Pentagon-led NATO to establish itself between Russia, China and Iran - as this would give the US a greater influence in the region.

NATO, for its part, following the advice of Zbigniew Brzezinski in his CFR report, An Agenda For Nato, is currently seeking to ‘cooperate‘ with Russia so as to (in Brzezinski’s own words), “facilitate the fading of Russia’s lingering imperial ambitions.” (Putin is too smart to fall for this one Zbig, try again.)

Russia’s growing trade with Afghanistan is intensifying America’s fear of Moscow’s control of Central Asia. In 2008, Russian-Afghan trade rapidly increased to over $190 million. The May 14, 2009 Russian-Afghan Forum, the first of its kind, is confirmation of Russia’s desire to further economic relations with Afghanistan.

Kabul prefers trade with Moscow over Washington due to Putin canceling Afghanistan’s Soviet-era debt and his aid “to rehabilitate the country” — while the US, looked upon as foreign invaders, has contributed nothing to develop Afghanistan’s infrastructures. 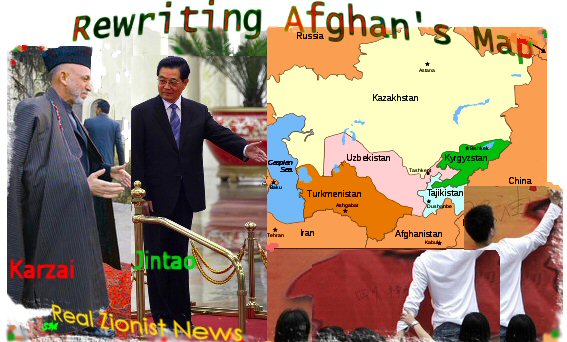 AFGHANISTAN IS SITTING ON A WEALTH of mineral reserves — perhaps the richest in the region.

“Significant deposits of copper, iron, gold, oil and gas, and coal — as well as precious gems such as emeralds and rubies — are largely untapped and still being mapped,” Minister of Industries Mohammad Ibrahim Adel told the Associated Press.

In November 2008, a 30-year lease for the Aynak copper mine was offered to the China Metallurgical Group Corporation in its tender of a $3.5 billion bid. CMGC began work along with its subsidiaries on July 13, 2009. Phelps Dodge, whose principal holder is the Zionist Jewish Rothschild dynasty, was pre-empted in the bidding by the Chinese conglomerate.

The copper field is estimated to be the largest undeveloped field in the world and has been virtually untouched since the Soviet invasion in 1979. The investment by China is the largest in Afghanistan’s history and involves not only mining but also the construction of a $500 million electrical plant and a railway into Pakistan to support exploration. 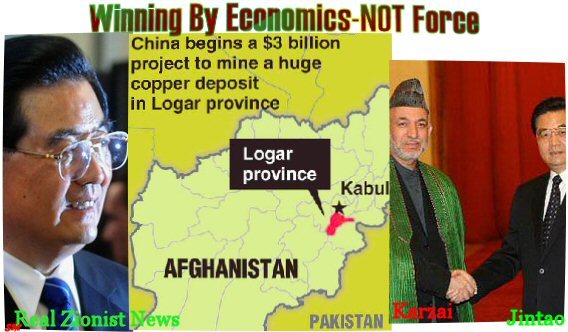 The Aynak mine, just south of Kabul in the Logar province, will be in full operation in 2015, leading to the employment of 10,000 Afghans, while $400 million of royalties will accrue to the Afghan government yearly – more than half of the present yearly state budget.

Since the mining award, China has increased its activities in Afghanistan. Chinese companies are currently implementing digital telephone switches, developing the Parwan irrigation project, restoring the water supply in Parwar province, as well as building hospitals and schools in Kabul and Kandahar - none of which - America and NATO has contributed to, only bloodshed and the massacre of hundreds of civilians.

Many factors indicate that China is set to increase its investments in Afghanistan in the near future. Afghanistan has unexplored reserves of oil, natural gas, iron ore and gold, of which, China is seeking to develop with their unending supply of money. 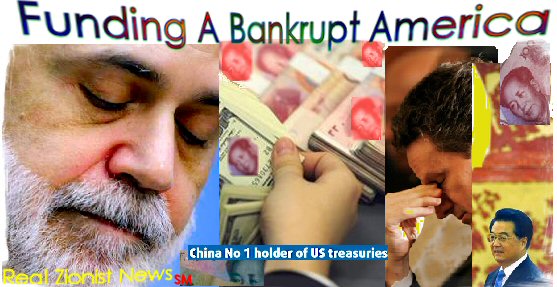 CHINA ENJOYS A COMPARATIVE ADVANTAGE over other foreign investors since its roof on spending is virtually limitless.

This serves to enhance Beijing’s position as “developer of choice” over America which is now bankrupt and depends on China to support its own debt. (China is now outmaneuvering America in its own backyard in trade agreements with both Cuba and oil-rich Venezuela.)

China’s ability to outbid its competitors such as Phelps Dodge has been met with resentment in American military circles. Pentagon officials recently stated that “the Afghan government’s decision to award the Aynak copper mining contract to China is worse than first reported.”

For handing over a huge investment to a Chinese company instead of America demonstrates the independent political power of Kabul to make decisions based on its policy to improve the standard of living - something which Washington has ignored in its “spreading of democracy” through Zionist-funded militarism. View Entire Story Here.

IN OTHER WORDS, the Jewish-occupied (and bankrupt) America is running scared before a WEALTHY China and an EMERGING Russia…

And: Russia’s “Wake Up Call” To America Click Here

And: AF-PAK War And The Battle For Oil Click Here