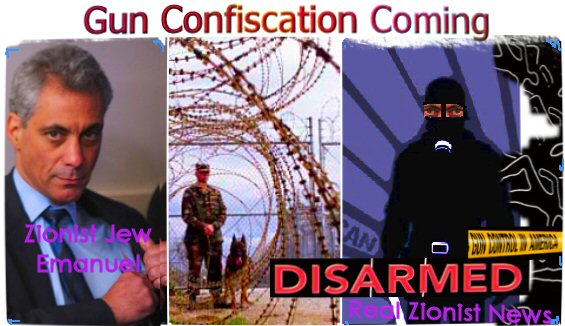 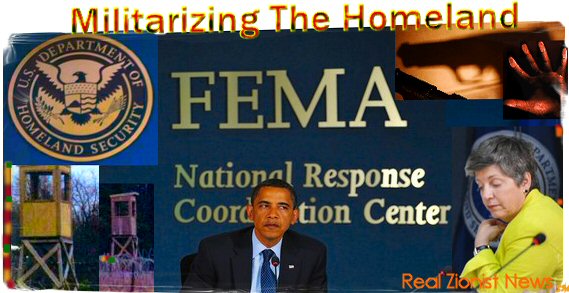 THE JEWISH-CONTROLLED US CONGRESS is now considering the opening of FEMA detention camps and to begin using them for their intended purposes — the militarization of civilian life.

HR 645 will serve “as the first step in the legislative process for the authorization to open and declare what these facilities can be used for and preparations for future use.” One of the key sponsors of the Bill, is, of course, a Jew, Congressman Steve Cohen.

HR 645 begins with the establishment of National Emergency Centers (FEMA Camps) which will mandate that “US Homeland Security use no fewer than six existing detention facilities in each of the existing FEMA regions to provide aid to individuals and families in the event of a declared emergency or natural disaster” (or ‘fabricated’ emergency.)

These facilities will also be used to train law enforcement entities as well as clergy and social workers that will assist the average citizen in the event of a major crisis (or ‘fabricated’ crisis.) The camps will be required to be equipped for long term stays by citizens. The Bill designates an initial funding of $360 Bn for a period of two years. 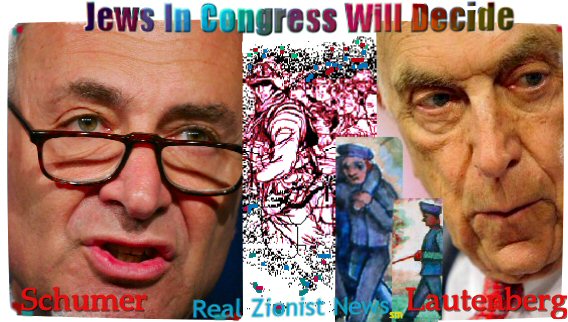 ATTACHED TO THE BILL is the related pending legislation, Handgun Safety and Registration Act of 2000, sponsored, (of course), by two Jews, Senators Frank Lautenberg and Charles Schumer.

Also on the table is Federal Ammunition Accountability Legislation which exists in 18 states and requires all ammunition to be encoded by the manufacturer in a database and to be included in all ammunition sales. The database will track how much ammunition an American citizen buys and of what calibers. In other words, control the ammo and the Jews control the guns.

Remember how Obama promised (he’s a liar) he wasn’t going to take American citizens’ guns? (He’s A Liar.) Well it appears that Obama’s Jewish enablers in the anti-gun world have no problem with seizing privately-owned ammunition.

As regards the FEMA camps and ammunition accountability, it’s all a matter of Jews installing their freedom-hating agenda in stages. That’s how the Jews work. 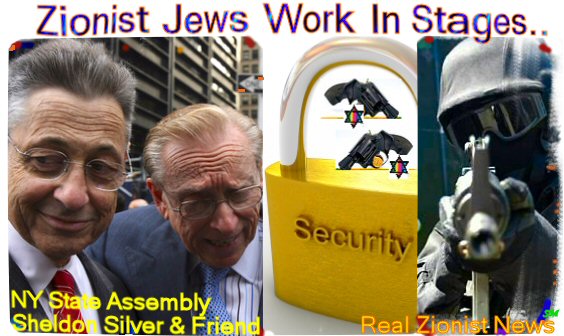 The confiscation provision, ostensibly to “enhance the safety of police investigating illegal firearms,” calls for the “repossession of 50-caliber or larger weapons and creates a program to recall those currently legally owned.” (Notice all the Jews listed who co-sponsored the Bill.) View Entire Bill Here & Here.

The Jew-inspired law also targets firearm dealers by which CONFISCATION of “legal possession of a 50 caliber weapon shall be personally delivered over to the division of the State Police.”

These firearms are very large, very heavy, and very expensive. Criminals aren’t hiding these under their coats to assault police with these bulky and very obvious weapons.

This law is simply a first step toward confiscating whatever guns the Jewish NY State Assembly deems to be a threat to their hegemony over America. Today - “50 cal firearms.” Tomorrow - “assault weapons.” Next month - “sniper weapons” (aka hunting rifles). It’s all a matter of Jews installing their freedom-hating agenda in stages. 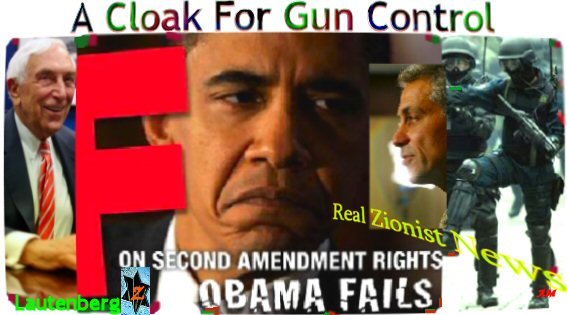 UNDER THE CLOAK OF ‘NATIONAL SECURITY’ the right-to-bear-arms-hater, the Jew, Senator Frank Lautenberg, introduced his new gun confiscation law, Denying Firearms and Explosives to Dangerous Terrorists Act of 2009, on June 22, 2009.

This Jew-inspired Act will place unprecedented authority in the hands of the Attorney General, (Eric Holder is a GUN-CONTROL lord), to deny American citizens their Second Amendment rights without having been convicted, or even charged, with any crime.

Instead, under this legislation, someone whose name is added – for whatever reason – to a terrorist watch list (now at 1 million names) can suddenly find himself or herself prohibited from exercising their constitutional rights based on nothing more than suspicion. 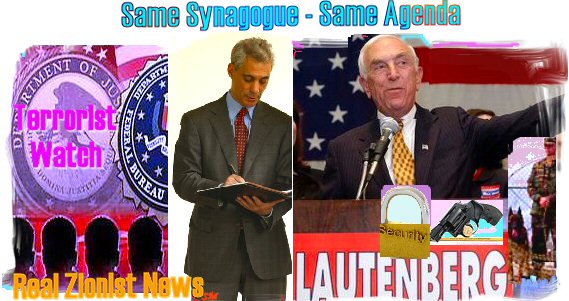 THE ZIONIST JEW LAUTENBERG, who has devoted his entire political career to stripping Gentiles of their right to bear arms, calls his Jew-legislation a “terror loophole.”

Yet neither Lautenberg nor any of his fellow freedom-hating Jews on Capitol Hill (a record number of Jews are now in Congress) can adequately explain how someone gets their name on the FBI terrorist watch list - and there appears to be no way to get one’s name off such a list once it’s there.

And of course, the Jews in Congress have as their synagogue buddy and fellow Gun Control advocate, Rahm Emanuel, installed by the Jew-bought Obama, as White House Chief of Staff. The National Rifle Association (NRA) rated Emanuel with an “F” (FLUNKED) in pro Gun Control voting as a US Congressman.


And: A Military Dictatorship Coming To America Click Here