AF-PAK War And The Battle For Oil 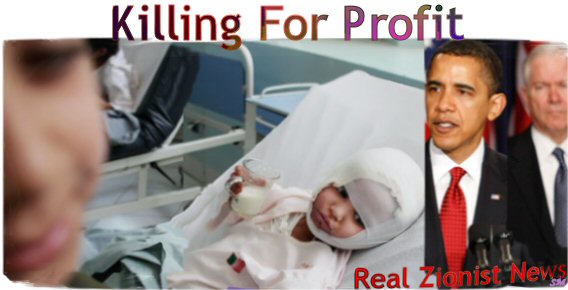 AF-PAK WAR AND THE BATTLE FOR OIL
By Brother Nathanael Kapner, Copyright 2009-2011 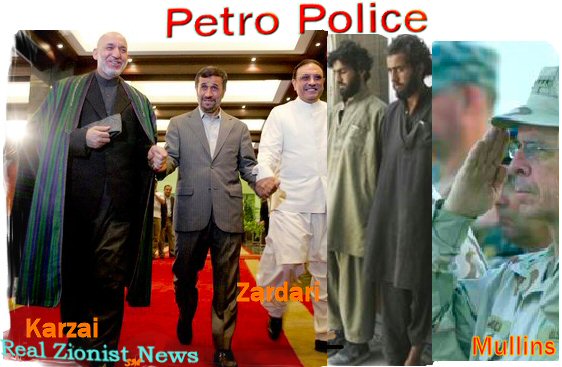 WHEN ANNOUNCING his new Afghanistan and Pakistan policy on March 27, 2009, Obama vowed “to disrupt and dismantle” the Taliban in Pakistan and Afghanistan and to “prevent their return to either country in the future.”

But who are the Taliban? Any Afghan or Pakistani who resists the US-led occupation.

Obama takes a huge leap beyond Bush’s Afghanistan policy in naming the issue “Af-Pak” — that is, widening the carnage in Afghanistan into Pakistan by moving US troops and launching deadly drones across the Pashtun-populated border.

Although Zionist Jews and imperialist war hawks applaud Obama for his new “Af-Pak” approach to his unwinnable war, others contend that he should have renamed the imperialist war, “Pak-Af,” to emphasize that from the perspective of US interests, the heart of the problem lies in Pakistan. Why? 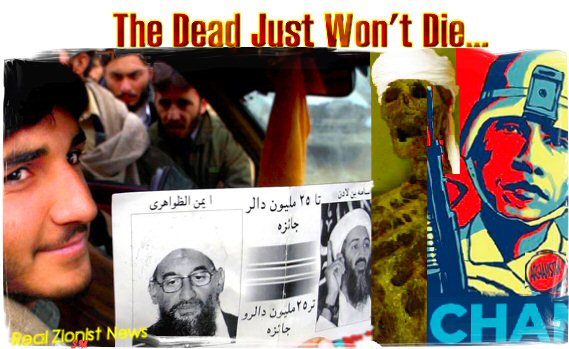 Harvard professor of International Affairs, Graham Allison, argues: “We must insure that developments in Afghanistan would not undermine Pakistan’s assistance in eliminating al Qaeda — and that Pakistan’s arsenal of nuclear weapons would not fall into the hands of terrorists such as Osama bin Laden.” (Sorry, Graham - al Qaeda does not exist and Osama bin Laden is dead for over four years.)

The question must be asked: What vital national interest does the US have in the region? Bush stated that America’s goal was “to defend the freedom of the Afghans to raise their children free from fear.”

But after subjecting Afghan children to the mortal “fear” of US bombs being rained on them daily, Bush changed America’s goal in his February 2003 speech to the neocon Jews of the American Enterprise Institute to: “building a nation that could stand as a model of democracy in the Muslim world.” And thus, the Zionist-inspired Bush Doctrine was born. 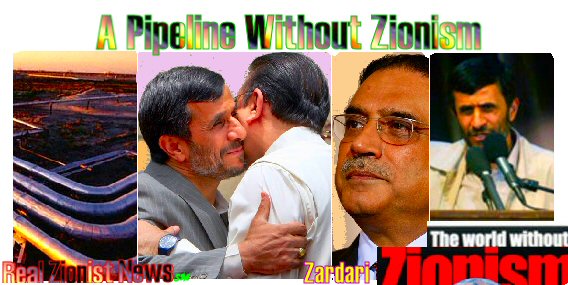 IN A SECRET MEETING SEQUESTERED from the Jewish-controlled press, Iranian President Mahmud Ahmadinejad and Pakistani President Ali Zardari signed a pipeline deal on May 24, 2009 during a summit in Tehran in which Afghan President Hamid Karzai participated.

The two countries plan to connect their economies via exported Iranian gas flowing to Pakistan daily. Construction of the pipeline is due to start in September 2009.

Discussions began in 1993 between Pakistan and Iran for the pipeline which Iran later proposed extending into India. Dubbed the “peace pipeline,” the Iran–Pakistan–India pipeline (IPI) would traverse from Iran’s gas fields through the Pakistani city of Khuzdar.

By expanding into India, Pakistan would amass huge transit fees.

The Zionist-controlled West sees the deal as having adverse implications for their global petropolicy. For Moscow, the Zionist West’s nemesis, is eager to join the Iran-Pakistan project in a dominant role. Gazprom is offering to act both as the construction contractor and as the pipeline operator after its completion.

While for Zionist-controlled America the IPI pipeline is an anathema, for Russia it is an opportunity. Moscow has been concerned that Iranian gas might compete with Russian exports on the European market.

A constituency within the European Union that seeks to lessen its dependence on Russia has been advocating the construction of the Nabucco pipeline to pump Caspian Sea gas to Europe which would bypass Russia.

It is therefore in Russia’s interest to derail the Nabucco Project by diverting Iran’s gas away from Europe and locking it through IPI to the Asian market which for Russia is secondary (80% of Gazprom’s export profits come from the Western European market). To this end, Gazprom is keen to participate in the Iran-Pakistan pipeline project. View Entire Story Here, Here & Here. 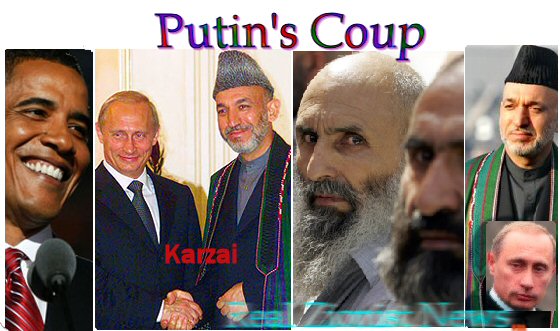 COINING THE TERM “PIPELINEISTAN” to describe the vast network of pipelines in oil-rich Central Asia, the Asia Times sees the Af-Pak conflict “at the core of “Pipelineistan.” As the Asia Times points out: it’s no coincidence that the map of terror in Central Asia is practically interchangeable with the map of oil.

How could Russia, the chief energy-player in Eurasia, not interpret the invasions of Afghanistan and Pakistan as a straightforward war for “Pipelineistan?” For plans to destroy the Taliban for opposing the American pipeline Unocal, was decided long before 9/11.

Obama and his war handlers, (David Rockefeller, Brzezinski, Gates, Jones), are scrambling to find “pipeline” alternatives besides the stalled Nabucco Project. Here are the options:

Turkmenistan-Afghanistan-Pakistan-India Pipeline - TAPI would carry natural gas from Turkmenistan via Kandahar in Afghanistan to central Pakistan and on to India. Purpose - to usurp Russia’s energy hold on Europe by diverting Iran’s energy for European consumption. Still in its planning stages, Af-Pak instability and Russia’s bagging of Turkmenistan energy undermine the pipeline’s viability.

Albanian Macedonian Bulgarian Oil Corporation Pipeline
- AMBO would bring oil from the Caspian basin (mainly Azerbaijan) through Georgia, Bulgaria, then through so-named ‘Macedonia’ and finally to Albania. Purpose - to usurp Russia’s energy hold on Europe. The US-funded AMBO has been held up since 1994 as high financial losses and regional conflicts undermine the pipeline’s viability.

Baku-Tbilisi-Ceyhan Pipeline
- BTCP would bring oil from the Caspian coast of Baku in Azerbaijan to the Mediterranean port of Ceyhan, through Georgia and then Turkey. Purpose - to usurp Russia’s energy hold on Europe. Sabotage by Turkish militants and the Georgian debacle undermine the pipeline’s viability.

WHEN NATO RESUMED HIGH LEVEL CONTACTS with Russia in early March this year, US Secretary of State Clinton stated before NATO officials that the US intends “to cooperate with Russia” on Afghanistan.

During the same ceremony, however, Dmitri Rogozin, Russia’s envoy to NATO, stated confidently how Russia after the crisis in Georgia “negotiates from a position of strength.”

While applauding the re-opening of the Kyrgyzstan Manas Airbase for US transits into Afghanistan, little did the Zionist West know that it was Putin who convinced the Kyrgyz Republic to expel the US from the base in February of 2009 and then bring them back again.

At the same time, Putin offered transit rights to the US through Russian airspace. What’s the upshot? Putin makes the continuation of the Afghan mission dependent on his good will.

Beginning in 2007, and crystallizing after Obama took office, Putin has cancelled Afghanistan’s Soviet-era debt and has pursued diplomatic exchanges with Kabul. Recently, an Afghan delegation was invited to Russia to develop a “strategic dialogue between Moscow and Kabul.”

In other words, Putin is posturing Russia to have a strong influence over Afghanistan’s domestic politics in the post-election scenario. View Entire Story Here.

Thus, the Zionist West will soon be moaning over the terms of Russia’s “cooperation” which suggest nothing less than that the US is being duped…