China Vs The Zionist Economy 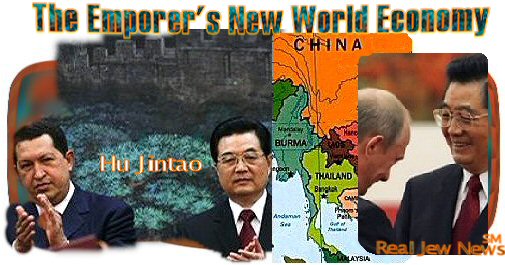 CHINA VS THE ZIONIST ECONOMY
By Brother Nathanael Kapner, Copyright 2008-2011

Sources: China’s Rise In The World Economy Here
“US Dollar Is Losing To Asia” @ Rense.com Here
THE CENTER OF THE WORLD ECONOMY has shifted to Asia.

A burgeoning Asian economy centered in Beijing is now threatening to take over the failed Zionist banking system as evidenced in the current US financial crisis that no bailout is going to solve.

Economists say that soon China will supersede the now biggest economy of the world, the USA, especially owing to the current problems of the failed US banks. China is presently the world’s second-largest economy after the United States.

The rapid economic development in China is strengthening a China-centered manufacturing base in East Asia. China is also building up its capacity to project military power in the region and is pushing outward into other parts of the world causing America’s ally, Japan, much alarm. 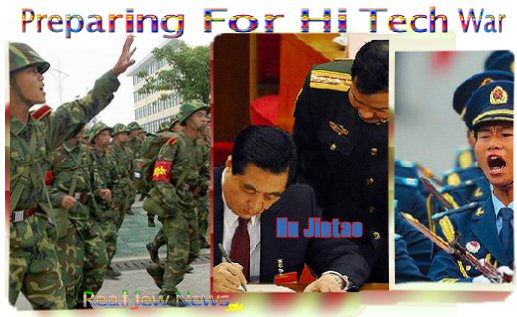 WITH THE ABILITY TO OPERATE ANYWHERE IN THE WORLD, China is rapidly developing a highly modern military that will be the equal of the combined forces of NATO. Many military analysts fear that the growing might of the Chinese People’s Liberation Army (PLA) will “embolden” it to military action.

Fears were intensified in March of 2008 when China’s state media announced that Hu Jintao called on the military to improve its ability to “win high-tech regional wars.”

“China is developing a modern maneuverable force able to operate anywhere in the world. This force will be as good if not better than Western armies. New air-to-air refueling planes are being delivered from Russia that will double the range of the China’s current modernized fighters” Here. 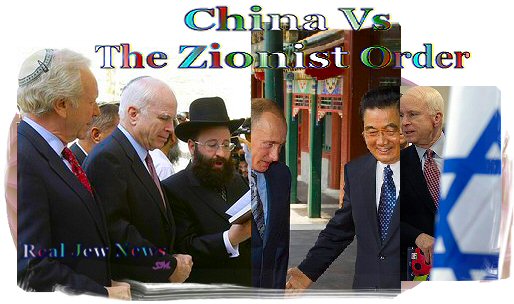 “STRATEGIC COOPERATION BETWEEN China and Russia continues to grow,” reported The China Daily on September 30 2008. Recently, Russia signed a contract with China to deliver 34 transport planes and 4 aerial tankers.

Russia is also supplying China’s expanding nuclear power industry. In May of 2008, Russia signed a $1.5 billion deal with China to provide uranium and to build two nuclear reactors in China.

Following his attendance at the opening of the Olympic Games, Russian Prime Minister Vladimir Putin met with President Hu Jintao on August 9 2008 to discuss economic and political cooperation. Hu greeted Putin with some very telling plans:


And: “Should US Bail Out Jewish Bankers?” Click Here

And: “Is The Bailout A Rothschild Trick?” Click Here