Why Obama Will Fail In Afghanistan 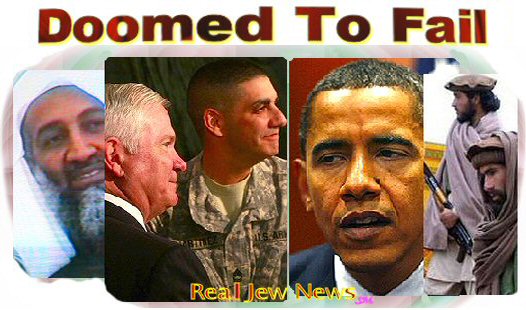 WHY OBAMA WILL FAIL
IN AFGHANISTAN

Source: What Is the Afghanistan War About? By William Pfaff @ Here

On November 12 2008, only 8 days after winning the election, Obama promised that he would invade Pakistan to capture Bin Laden if Pakistan doesn’t produce him. Critical of Bush’s failure to “catch” Bin Laden, Obama said in a presidential debate on October 7 2008, “We will kill Bin Laden. We will crush al Qaeda. That has to be our biggest national security priority.”

Obama’s foreign policy advisers, Robert Gates, General James Jones, and Admiral Michael Mullen, point to “intelligence” that Osama is “hiding” in Pakistan. Yet this same “intelligence,” after many months of American air attacks and special forces operations into the badlands of the Pakistani-Afghanistan frontier, has failed to capture Osama. 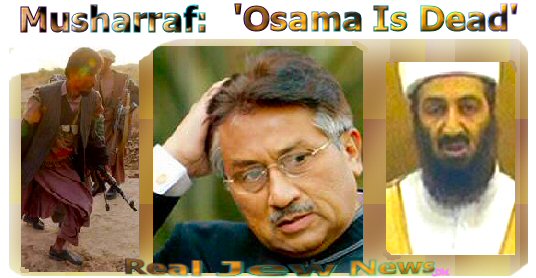 Obama, calling Afghanistan, “the central front in the war against terrorism,” preaches that he wants to “ensure America’s security” by sending an additional 20,000 troops to the Afghanistan/Pakistan border. On December 11 2008, Defense Secretary Robert Gates, arrived in Afghanistan. While visiting a US military base in Kandihar, he told reporters that he “hopes to have all 20,000 American troops in Afghanistan by summer.” This will increase the number of American troops to 58,000 from the current level of 34,000.

Pakistan views Obama’s threats regarding hunting for his ‘useful terrorist’ through their borders as a pretext to destabilize their country. Former Pakistan President Musharraf, who stated numerous times that Bin Laden is dead, announced in January of 2008 that Pakistan would not hunt for Bin Laden - thus setting up Pakistan for America’s imperialist designs in that unhappy region.

ON DECEMBER 7 2008, Taliban chief Mullah Mohammad Omar warned Western forces to take a “golden opportunity” to leave Afghanistan before thousands of their troops were killed in the Islamist group’s renewed insurgency. Omar also warned that a planned increase in US troops would fail to curb violence and would instead fuel the insurgency.

The war in Afghanistan has brought on the worst bloodshed this year with 267 allied military deaths and at least 4,000 Afghans killed in the first half of 2008, about a third of them civilians. Omar asserted that any increase in civilian deaths would help boost the Taliban’s insurgency. “The more you destroy our people’s houses, the more you martyr our people, the more you will face the wrathful reaction of our mujahideen,” Omar said. 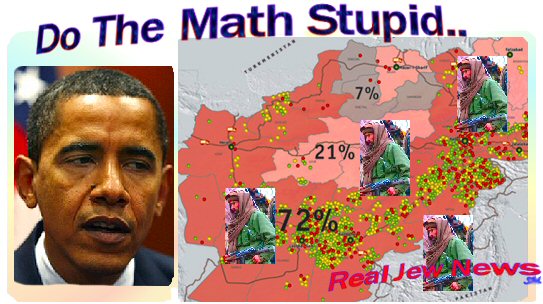 Given the Taliban’s high morale contrasted with young American soldiers who have little or no ideological convictions, Obama will doubtless be in for a long, protracted war. The Taliban belong to the largest ethnic group in the country, the Pathans - 40% of the population, with millions more of them in adjoining Pakistan. Presently the Taliban have a “permanent presence” in three quarters of Afghanistan and are tightening a noose around the capital, Kabul.

Drawing on an array of guerilla warfare tactics, an effective intelligence network, and growing support from village leaders with grievances against the American-installed government, the Taliban has managed to embed its influence and “presence” throughout Afghanistan. NATO is downplaying the Taliban’s advance saying that although the Taliban is “intensifying” their insurgency, they have not made significant gains with regard to control. But Bloomberg.com, in a startling and candid article, says that “NATO is in denial.” 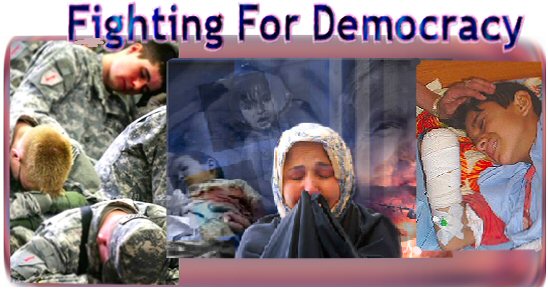 A ‘RELIGION’ US SOLDIERS DON’T BELIEVE IN

INVADING SOVEREIGN COUNTRIES for the purpose of “nation-building” is part of the Military/Zionist agenda for world hegemony. In an article for Foreign Affairs published in July 2008 titled, Rethinking the National Interest, Condoleezza Rice wrote:

“American military and civilian agencies are being retrained to carry out counter-insurgency missions to achieve democratic state building in Asia and the Middle East. It is absolutely clear that we will be involved in nation building for years to come.” View Entire Story Here.

Spreading America’s secular religion of democracy, which has been propagandized ad nauseum by the Jewish-occupied press, has become America’s missionary activity abroad. But rather than building nations, we are instead, ‘attacking’ nations. Is this what Obama is being told to do by his Zionist handlers?

If so, (and it is so), Obama’s mission in Afghanistan is doomed to fail. For the religion of democracy is simply a belief system that young American soldiers do not have the fervency to fight for…