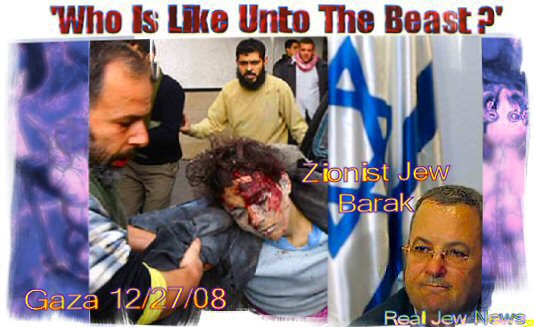 For The Best ‘Gaza-Attack’ Coverage CLICK: Rense.com Here
___________________________________
“TODAY GAZA, NEXT WEEK THE WEST BANK, TOMORROW THE WORLD,” writes political analyst, Kawther Salam. “The plans for ethnic cleansing against Palestinians have been written in the 1880’s and Israel is not about to refrain from those plans,” Salam continues.

The Zionist enterprise has indeed called for the annihilation of the indigenous Palestinian population beginning with Zionism’s founder, Theodore Herzl. In the late 1880’s, Herzl called for an enforced separation of Arabs from Zionist Jews:

“It is best to spirit the penniless Palestinian population across the borders by denying it any employment in our own country.” View Entire Story Here.

It was Israel’s first Prime Minister, David Ben Gurion, who in 1948, expanded on Herzl’s enforced separation, by covertly promoting an agenda of ethnic cleansing:

“The UN partition of a Jewish State being offered to us is not the Zionist objective. Within this area it is not possible to reach our historic goal. But it can serve as a decisive stage along the path to a greater Zionist implementation. Within the shortest possible time we will consolidate a Jewish force throughout Palestine.” View Entire Story Here.

And in foreshadowing of what is now occurring in Gaza, in 1967, Ben Gurion overtly stated the means by which the Zionist historical goal would be implemented:

“We must use terror, assassination, intimidation, land confiscation, and the cutting of all social services to rid Palestine of its Arab population.” View Entire Story Here. 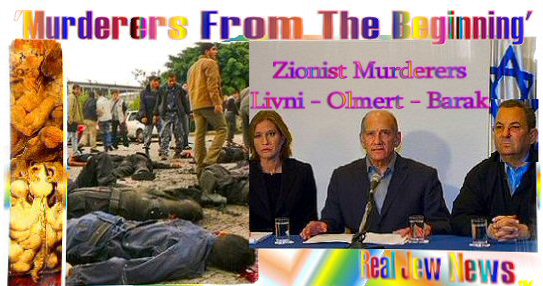 “WHO IS LIKE UNTO THE BEAST?” heard St John the Divine in the “Revelation” given to him during his exile in Patmos in 64 AD.

In his Biblical account of those things which “must be hereafter,” St John spoke of this “beast” whose power was given to him by the ancient dragon, Satan himself. “Who can make war with the beast?” St John heard the multitudes exclaim in awe of the beast’s powers. And today, it is the multitude of deluded Christian-Zionists who are in awe of the Israelis, turning a blind eye to their atrocities against the Palestinians.

The bestial assault on the civilian population of Gaza by Israel, which began during their Anti-Christ festival of Chanukah on December 27, 2008, is being decried the world over.

But the “false prophet” who, as St John describes, “causes many to worship the beast,” has predictably rebuked Hamas for sending rockets into Israel, placing the onus on Hamas for the escalation of violence. No, not even a peep from the US in censuring Israel for its genocidal attack in Gaza this Christmas season. “Happy Chanukah!” to the Bush administration, Israel’s enablers in the bloodshed of innocent Palestinians.

At the outset of Israel’s airstrikes on Gaza, Israel’s Defense Minister, Ehud Barak, in a display of Jewish malice towards the Gazans, stated, “this is only the beginning,” and, “there is a time for a cease-fire and a time to fight. Now is the time to fight.”

But who is this bloodthirsty Zionist Jew, Ehud Barak, fighting? Palestinian women, children, and unarmed civilians residing in the Gaza Strip? I now call out to all decent Americans, I, Brother Nathanael Kapner, a former Jew, but now an Orthodox Christian:

Now Is The Time For Us To Fight!
Against The Enemy Of Mankind – The Zionist Jews Of Israel!

And: Kill Civilians? - The Jewish Talmud Tells Me So Click Here