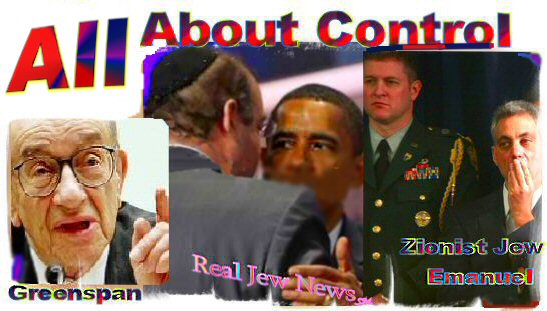 An example of how the Jewish Community gives priority to ‘Jewish interests’ before America’s can be found at Election Central USA, one of the Web Sites run by the powerful Jewish Telegraphic Agency (JTA). 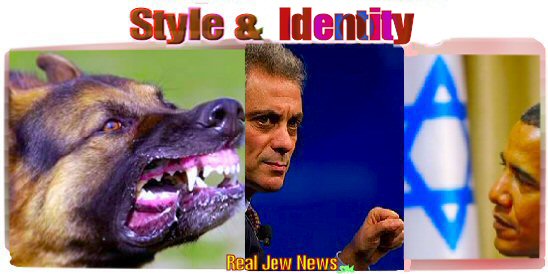 In a recent JTA article, Jewish Possibilities In Florida For 2010, the focus is not on whether the candidates in the next Congressional election will benefit America - but whether or not they are “Jews.” This is because the Jewish Community knows that regardless of party or platform, a Jew in political power will always place the interests of the Jews before the interests of America. To this end Jews are heavily involved in both the Democratic & Republican parties.

Just look at the JTA article on Rahm Emanuel, Obama’s Chief of Staff. The title of the article tells it all, “Rahm Emanuel: Attack Dog, Political Wonk, Committed Jew.” What matters to these Jewish Media Moguls is not the party, not the moral character, nor the political platform of Emanuel, but rather Emanuel’s modus operandi as a “committed Jew.” And nothing is mentioned whether or not Emanuel is a “committed American.” 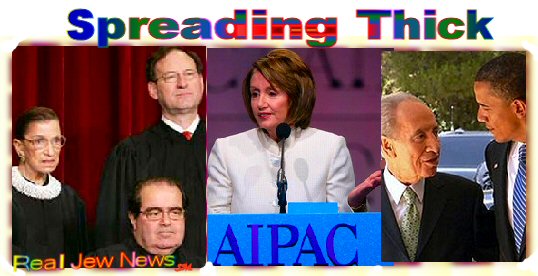 “IF THERE IS ONE QUALITY THAT ATTRACTS JEWS” wrote Henry Ford in his Dearborn Letters, “it is power.”

“Wherever the seat of power may be, thither the Jews swarm obsequiously. Behind all Gentile fronts,” Ford continues, “look for Jewish control.”

Here is a list of the spheres of control in which Jews are the dominant force:

Political Control: The Jewish Lobby rules supreme in the realm of political control. Lobbies such as AIPAC, ADL, and the American Jewish Congress (AJC), decide which candidates will be elected. They do this by pouring millions of Jewish dollars into the campaign coffers of Pro Israel politicians, and smearing, through their connections in the Jewish-occupied media, their opponents.

Newly elected President, Barack Obama, had enormous amounts of money poured into his campaign by an elite contingent of wealthy & influential Chicago based Jews - so much so, that Obama now has an excess of $30 million from a $745 million haul.

Financial Control: The Jewish-owned Federal Reserve Bank which is neither “federal” nor has any “reserves,” has as its Chairman & Vice Chairman, the Zionist Jews, Ben Shalom Bernanke & Donold L Kohn. The Zionist Jew, Randall S Krozner, is also on the 5 member Board of Governors.

To protect Americans from Jewish bankers, the framers of the Constitution specifically stated in Article I-Section 8, “Congress shall have power to coin money and regulate the value thereof, and of foreign coin.”

Through intense Zionist intrigues, bribes, threats, and intimidation, Congress handed over the power to coin money to the Federal Reserve System, a consortium of Jewish banks controlled by the Rothschild Dynasty. This was effected through the Federal Reserve Act Of 1913.

The Federal Reserve Act Of 1913 marked the end of American sovereignty by sinking America into eternal debt. “The present day parasitic control of the gentile host,” points out historian Eustace Mullins in an exclusive Rense.com Interview, “depends largely upon the Jewish monetary system of private money issued by Jewish banks and bearing interest so as to enslave the debtor.”

Judiciary Control: Jews vomit up their Separation of Church & State slogan when it comes to eradicating every form of Christian expression in America’s public life.

But when it comes to promoting Judaism and its Anti-Christian agenda, Jews abandon their pet phrase, “Separation of Church & State,” and press full throttle ahead in pursuit of fusing Judaism with the State.

Recently, yet another Jewish organization, The Institute For Jewish Law, hosted a Kosher dinner in the Supreme Court Building. At the dinner, the Institute’s Jewish speakers promoted the Talmud as the source of American jurisprudence. In attendance were Supreme Court judges, Ruth Bader Ginsberg & Stephen Breyer, both Zionist Jews.

Associate Supreme Court judge, Antonia Scalia, who recently appointed to his staff, two Talmudic Jews, Attorneys Moshe Spinowitz and Yaakov Roth, wrote a letter to the
Institute’s founder, Attorney Noson Gurary, saying, “Jewish law is one of the oldest and most highly developed systems and the study of its legal traditions is beneficial.”

What Scalia failed to mention is that “Jewish Law,” as applied to the Gentiles, are the
Noahide Laws, which calls Christianity “a religion of idolatry.” The Noahide Laws are based on Talmudic passages which calls for the death penalty of Christians:

“According to traditional rulings, christians are idol worshippers.” (Likkutei Sichos 37:198)

“A gentile is liable for the death penalty if he has invented a religious holiday for himself.” (Hilchos Melachim 10:9)

“Extermination of the christians is a necessary sacrifice.” (Zohar, Shemoth)

On December 1 2008, Supreme Court judge, Ruth Bader Ginsberg, an advocate of abortion who cites anti-slavery laws to protect women’s’ autonomy, spoke at a synagogue in Washington DC about her Jewish heritage. “The change in US acceptance of Jews can be seen on the Supreme Court where two members are Jewish, myself and Judge Stephen Breyer,” Ginsberg told her Jewish audience.

What Ginsberg could have said and she would not have been off the mark: “The change in US submission to Jews can be seen not only on the Supreme Court but in every sphere of American life.”

Methinks That The Zionist Control Of America Is Ready For A ‘Change’
May It Be O Lord! – May It Be!