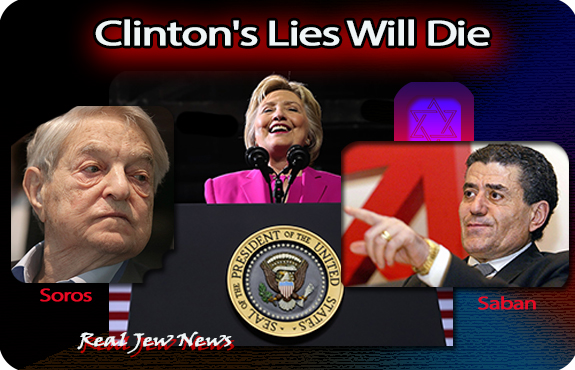 WHEN AMERICA WAS NOT under the rule of Jews, a Hillary Clinton would have gotten no further than employed as an hourly wage clerk at the local five-and-dime.

But times have morphed into Jewmerica’s culture of deceit, the politics of lying is commonplace, and rank mediocrities who act as puppets for Jews can park their arses on a swivel chair all the way into the Oval Office at the White House.

And although FBI Director James Comey told Congress that Clinton lied about her emails when testifying under Congressional oath, pressing “perjury” charges is a problematic task and could take months to pursue.

And besides, a prosecutor required to prove “intent to deceive” as an element of perjury will give Hillary and her Jewish enablers—like George Soros, JB Pritzker, and Haim Saban—plenty of wiggle room in a trial court to crawl out of the charge…especially with the Star of David parked on Capitol Hill.

It wouldn’t be the first time Hillary set up a scheme to conceal in order to bypass customary channels of public information, official business, and justice. 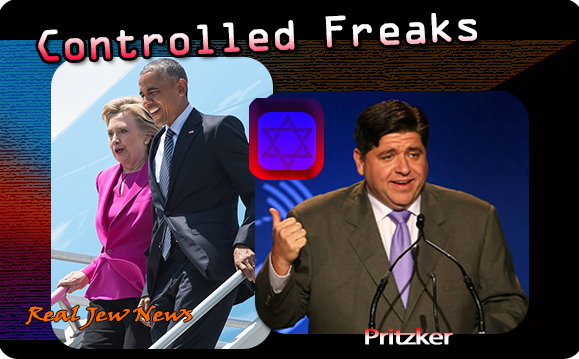 HERE’S WHAT FBI DIRECTOR James Comey had to say at today’s hearing:

Gowdy: Clinton said there was nothing marked classified on her emails either sent or received. Was that true?

Gowdy: Clinton said, ‘I did not send classified email to anyone on my email. There is no classified material.’ Was that true?

Comey: There was classified material emailed.

Gowdy: Clinton said she used just one device. Was that true?

Comey: She used multiple devices during the four years of her term as Secretary of State.

Gowdy: Clinton said, ‘All work-related emails were returned to the State Department.’ Was that true?

Comey: No. We found work-related emails, thousands, that were not returned. View Entire Story Here.

THAT’S ENOUGH EVIDENCE to toss any candidate into the trash bin of political stalking…or used to be, in better times, (pre-Jewish rule), when merely the scandal alone would have killed Hillary’s chances.

But Clinton is so prized by Jews—who control the entire electoral system—though drawn out of a sewer, Hillary’s Jewish enablers will douse her with eau de cologne so she smells like the queen of the prom while the sewage seeps from her skin.

And the queen may soon be king, and her partner in crimes and misdemeanors, Bill, may soon be queen.

Cross-dressing is now the fashion and every White House closet will soon nestle even more Jews. Even the mothballs, turned rancid, will be marked “Kosher.”