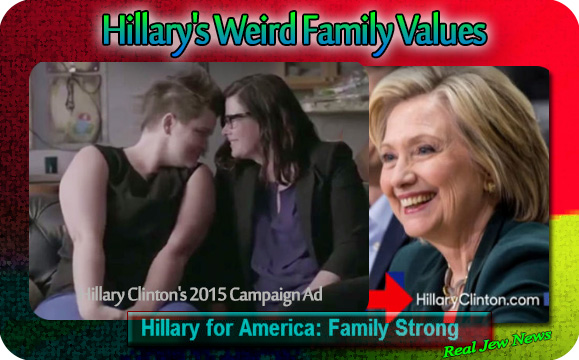 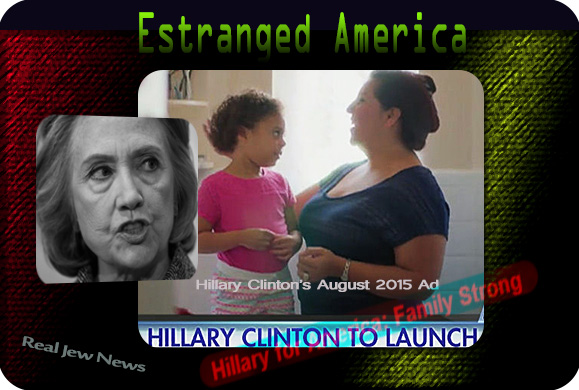 CAMPAIGN ADS TELL A STORY that either uplifts or depresses the spirit.

A strange dissonance sounds forth from her ads where Hillary ‘champions’ homosexual marriages, lesbian courtships, and broken inter-racial marriages.

Hillary’s own family life strikes a discordant tone due to her husband’s adulterous affairs and her peculiar vague responses.

With images of estrangement, separation, and disharmony awash in Hillary’s ads, an echo of her own broken life dins in our ears.

And there’s no need to rehash the old Clinton scandals, like Whitewater, the Arkansas Prison Blood Scandal, and Mena, because you can look at the new ones.

In or out of the White House, fun with the Clinton family never stops — Benghazi, the Emails, Sidney Blumenthal, and the Clinton Foundation Scandals. 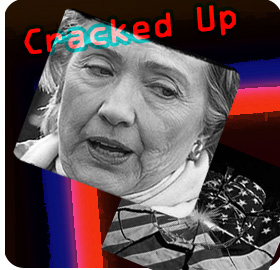 Hillary Clinton is a metaphor for America, for in her own person she embodies cracks in a country gone amok.

America as a united nation no longer exists, and Hillary is not the one to put it back together again, she’ll only make it worse.

It’s not for nothing that her loyal supporters, New York Jews, are future-casting Hillary as the “first woman president.”

The Jews trashed us with their “first black president” and they’ll pile the trash even higher with Hillary Clinton.

AND DON’T YOU KNOW that young blacks instinctively despise Hillary?

Bad things are coming to America’s “family”…if the Jews get their “first woman prez.”