Why Hillary Could Win 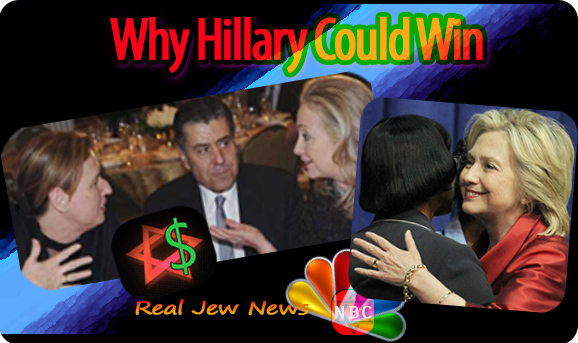 WHY HILLARY COULD WIN
By Brother Nathanael Kapner June 11, 2015 © 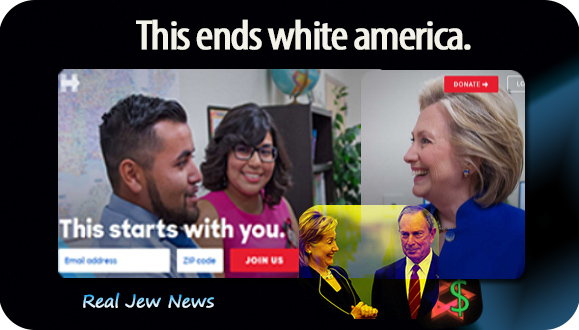 WITH MONEY AND MEDIA backing her, (Jewish money and media), Hillary’s on her way to becoming the next president.


With her slogan, “Hillary For America,” (not “Hillary for President”), a slick advertising campaign is underway geared to get Clinton into the White House.

While Jewish money is funding Jeb Bush and Marco Rubio, Hillary’s got both Jewish money behind her and the Jew-owned main stream media promoting her.

That’s a combo Jeb and Marco will find tough to beat.

The Jews want her and what the Jews want is bad for everyone else. Hillary’s already being pitched by the Jew-owned media as “making history” as “the first female president.”

That’s “history-making” of Jew-making. Just like they made “history” by creating Obama as the “first black president.” America has hit the skids for it.

These are phrases that win elections. Jews are masters of empty maxims. They don’t run Madison Avenue for nothing. 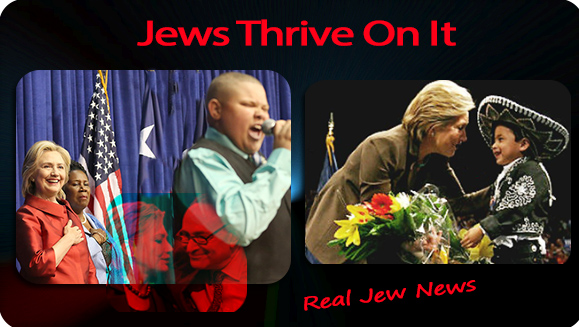 JEWISH SLOGANS won’t help America. Only by bringing our jobs back and ridding Capitol Hill of Jewish control can America find relief of its woes.

But Jewish Wall Street has offshored US manufacturing and Jewish money owns DC.

How then could legislation be penned that will put AIPAC out of business if every hack is owned by the Jews?

The face of Jewish arranged politics has a “diversity” look about it. Jews thrive on it. Their hate speech laws are built upon it.

It heralds the end of White Christian America, the bloc that could make the US judenfrei.

AND THAT BLOC is about to be rendered impotent if Hillary has her way.

With her vow to expand Obama’s “amnesty” for illegals and use “executive power” to override Congress should it (it won’t) oppose her, White Christian America is over.

Hillary’s the “champion” of America’s minorities, including white homosexuals.

Doesn’t bode well for the future of white families, does it?

For a nation of muddling minorities, only one minority rises to the top, Jews.

They’ve surely been our misfortune. Greater misfortunes are yet to come.

For More See: Who Said: ‘The Jews Are Our Misfortune?’ Click Here