Your Jewish Guide To The Media 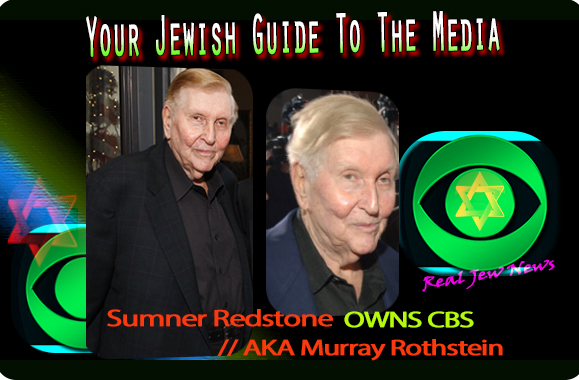 Your Jewish Guide To The Media
By Brother Nathanael Kapner February 25, 2015 © 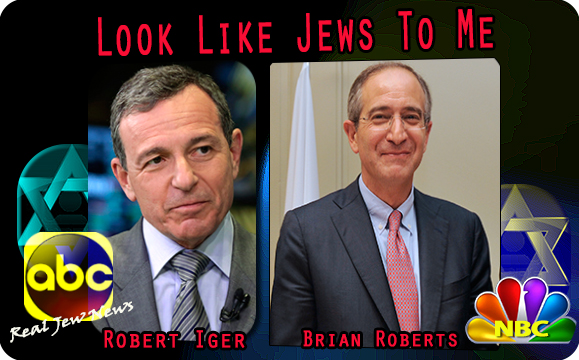 IT’S TIME WE QUIT with the “corporation” crap put out by Information Clearing House and “presstitute” deception put out by Gerry Celente and Paul Craig Roberts.

What are Tom Feeley, Gerry Celente, and PC Roberts afraid of?

That they will offend Christ-killers and liars?

For that’s what Jews are…and to America’s grave misfortune…JEWS own the press, media, and Hollywood. And thus they brainwash and form the minds and opinions of the Goys.

Did you know that America was once on friendly terms with Russia?

But due to Jew-hatred of Orthodox Christian Russia, they have poisoned the minds of the Goyim via the media against Russia.

Here’s Your Jewish Guide To The Media (and who controls your minds): 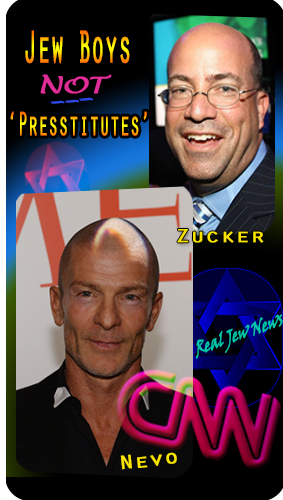 • NBC/Universal Studios is owned by the Jew, Brian Roberts.

• CBS/MTV/Paramount Pictures/Viacom is owned by the Jew, Murray Rothstein (aka Sumner Redstone).

• ABC/Disney is run by the Jew, Robert Iger, who is Chairman & CEO.

• CNN/Time Magazine is primarily owned by the Jew, Aviv Nevo, with the Jew, Jeff Zucker, as president.

• The New York Times is owned by the Jewish Sulzberger family, the major influence behind Columbia University. Arthur Sulzberger Jr is current Chairman of The NY Times.

• Numerous Newspapers & Magazines throughout North America are owned by the Jewish Newhouse family.

SAY IT Paul, say it Gerry, say it Feeley: JEWS own the media.

You see dear Paul, Gerry, and Feeley, JEWS who own and run the media do not “presstitute” themselves to their Synagogue buddies who own and control Washington DC.

They’re more like in a Jewish marriage that joins lies and an agenda in a copulating union.

But for fear of the Jews so-called ‘truthers’ can’t muster up the courage to state the FACT:

JEWS…NOT “corporations” and “presstitutes”…OWN the media. I rest my case.