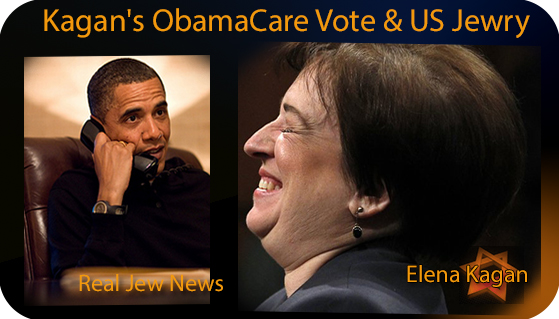 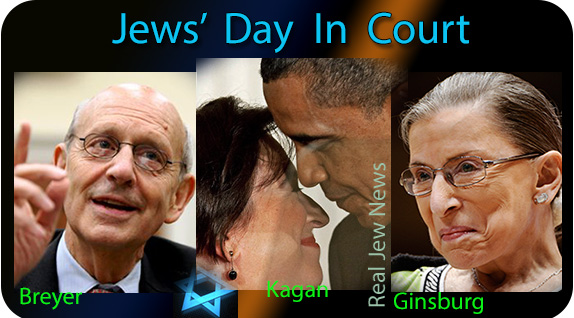 A CALL TO IMPEACH Supreme Court Justice Elena Kagan has been initiated by Congressman Louie Gohmert.


Standing on the steps of the Courthouse immediately following the decision affirming the constitutionality of ObamaCare on Thursday, June 28 2012, Gohmert called for an “investigation” that would lead to the removal of Kagan from the nation’s highest bench.

Kagan, a Jew, joined her “Yea” vote with her fellow Jews on the bench, Ruth Bader Ginsburg and Stephen Breyer—which, of course, comes as no surprise—given American Jewry’s push to further centralize their control in usurping state and local government.

Gohmert contends that Kagan should have recused herself from ruling on ObamaCare due to her serving as Solicitor General when the law was passed in 2010.

“Kagan needs to be removed from the Supreme Court,” Gohmert cried out on the Courthouse steps, calling for her impeachment…adding that the decision upholding ObamaCare is “illegitimate.”

The case for Kagan to “recuse” herself is supported by a chain of e-mails allegedly demonstrating that Kagan’s office mounted an early and aggressive effort to prepare for legal challenges to the individual insurance mandate before its passage in March of 2010. 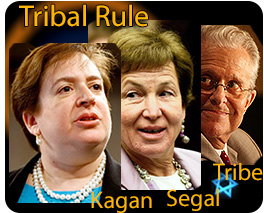 But on October 14, 2011, US District Judge Ellen Segal Huvelle, a Clinton appointee AND a Jew, ruled that the Justice Department did not need to release “personal” e-mails Solicitor General Kagan typed on her taxpayer-purchased computer to people in the White House.

Moreover, it is a known fact that Kagan wrote an e-mail to Laurence Tribe, (YES - a member of the “tribe”) a Harvard constitutional law professor who was also working for the Obama administration at the time the law passed.

In the e-mail, Kagan wrote: “I hear they have the votes, Larry! Simply amazing.” The e-mail’s subject line was, “Fingers and Toes Crossed Today!” View Kagan Documents Proving Involvement In ObamaCare Here.

The Justice Department rejected the request in a return letter that Assistant Attorney General Ronald Weich sent to Smith on October 27, 2011. 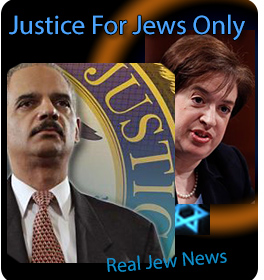 Smith then sent his own return letter to Holder on October 28, 2011, asking that he comply with the committee’s original request for Kagan-related documents and interviews by November 4.

According to the House Judiciary Committee, the November 4 deadline came and went and the DOJ did not respond to Smith’s October 28 letter.

When Holder appeared before the Senate Judiciary Committee on December 8, 2011, he refused to release any documents that would have disqualified Kagan from ruling on the mandate. Holder fudged and weaseled his way out of not providing incriminating documents.

“I’m not familiar with that request. I’d have to look at it,” said Holder.

IT’S ALL OVER NOW and the votes have been cast. Better said, the dying of America has been cast.

Cui bono? Jews, of course, who through political maneuvering got three of their own to vote for ObamaCare.

And how does American Jewry benefit with ObamaCare now firmly in place?

Because the BIGGER the Federal government the BIGGER control the Jews have over the hapless nation of Jewmerica.

And: Jews Back Kagan For Supreme Court Click Here