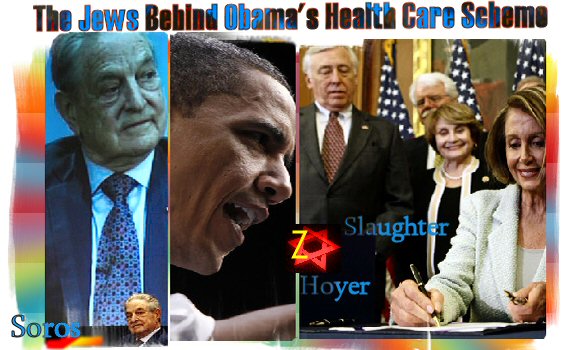 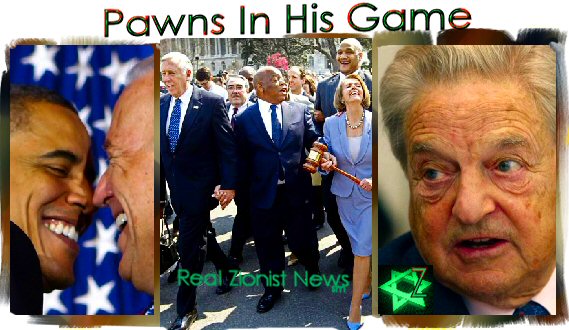 With his endless purse of money—gotten by sinking the US economy in 2008 and at the same time making billions doing it—to back whatever cause he chooses, Soros has the means to engineer the destinies of entire nations. Indeed, Soros has already implemented his global agenda in both Georgia and Kosovo.

Soros has also been pouring money into the Democratic Party with the intent of amassing a horde of lawmakers with socialist leanings.

“George Soros has purchased the Democratic Party,” said Republican National Committee spokeswoman, Christine Iverson, “and he who pays the piper calls the tune.”

Much of Soros’ funding goes into radical leftwing groups addressing a range of issues from government-funded health care to establishing a borderless America with special rights for illegal aliens — all in his quest to subvert a white Christian power bloc.

As one who turned against his own people as a Nazi informer in Hungary, nothing prevents Soros from sending to death a whole nation while living off the people who host him. 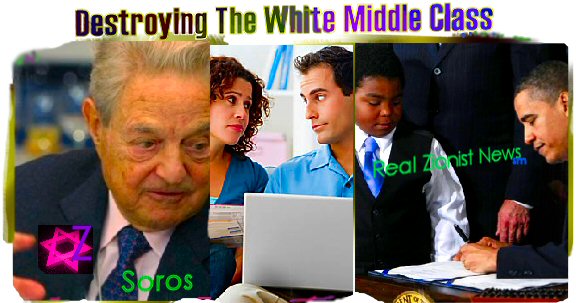 WELCOME TO THE WELFARE STATE

ASSISTED-SUICIDE, EUTHANSIA, & ABORTION SUBSIDIES, being part of Soros’ vision for nationalized medical care, the hedge fund magnate initially plunged $15 million to “overturn the dominance of marketplace values in the practice of medicine.” These are Soros’ exact words when addressing a group of physicians and surgeons during a recent speech at Columbia University.

Soros is peddling financial and political influence through the Institute On Medicine As A Profession which he founded in 2003 with a $7.5 million grant from his umbrella group, The Open Society Institute, a leading promoter of health care reform.

In its Mission Statement, Soros’ Institute On Medicine As A Profession calls for centralized regulation of the medical profession:

“There is a clear need for formal regulation of the medical industry whether through state or federal legislative and administrative bodies.” View Entire Story Here.

A cast of Jewish medical professionals make up Soros’ Board of Directors and Faculty of his Institute On Medicine As A Profession. Along with President of the Board, Dr David Rothman and his wife, Dr Sheila Rothman, (both of Jewish-owned Columbia University), is Wendy Levinson MD and a sprinkling of Gentile doctors conveniently used as ‘non-Jewish’ window dressing.

Allied with Soros’s Institute On Medicine As A Profession are two of Soros-funded Jewish organizations that promote “wealth redistribution” of OTHER PEOPLE’S MONEY - not theirs. The Center For American Progress and its parent company, The Democratic Alliance, are Soros’ leading vehicles in his drive to drain the white Christian middle class in a Marxist welfare state. 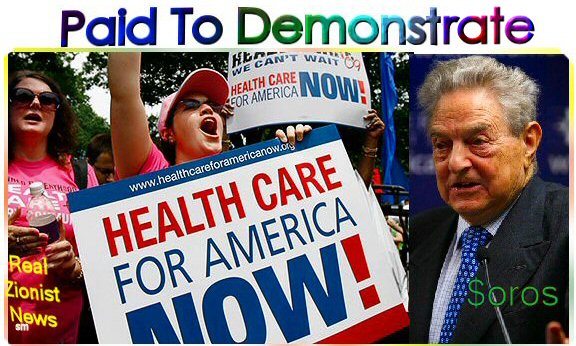 DEMONSTATORS IN THE NATION’S CAPITOL supporting Obama’s health care reform plan have failed to capture the enthusiasm of the American people, 60% of which, reject Obama’s scheme to nationalize their medical care.

The rallies were organized by Health Care for America Now!, a “national grassroots campaign of more than 1,000 organizations dedicated to the US government’s financing of health coverage for all Americans.” The group is known for its “close ties” to the Obama administration and the Democratic Party. 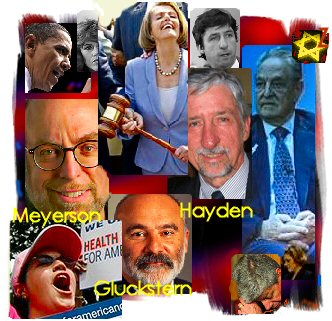 Most of Health Care for America Now! component organizations have two things in common: they have no expertise in health care and are the furthest thing from being a “grassroots campaign” with virtually all receiving large tax-exempt grants from far-left Jewish billionaires George Soros and investment banker mogul, Steve Gluckstern.

The leading members of the groups’ “grassroots” steering committee are MoveOn.org, The Center for American Progress, and The Campaign for America’s Future, all created with Soros-money. View More Members Here.

Each year, The Campaign for America’s Future holds a “Take Back America” conference, a gathering of DC “progressives,” (a euphemism for “Marxists”). In 2006, prominent speakers at this conference included Barack Obama, Nancy Pelosi, and Senator Russ Feingold, all socialized medicine advocates at the time. View Entire Story Here, Here, & Here.

The coalition of these groups, which foists its Marxist agenda on America’s domestic life, is steered by the financial and political fingers of George Soros and his Jewish adjuncts. What is their aim? The redistribution of white Americans’ wealth. The result? Total Jewish control over the fleeced, dispirited, and bankrupted white Gentiles and their country…

And: Why Obama’s Health Care Plan Can Kill You Click Here