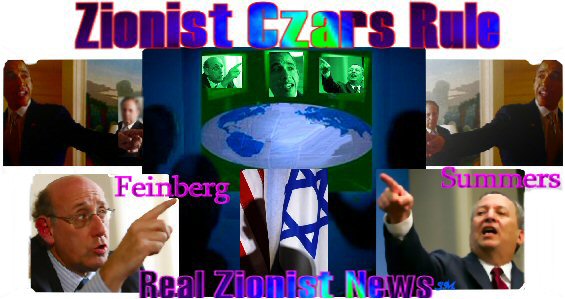 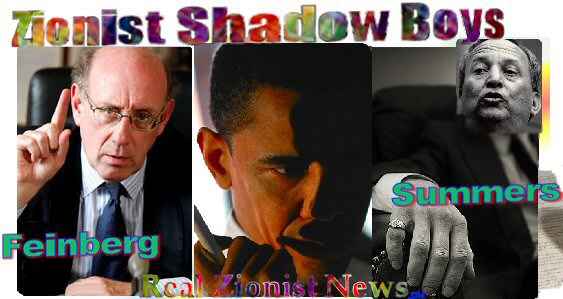 ANOTHER ZIONIST JEW IS OBAMA’S LATEST ‘CZAR’ APPOINTMENT as America falls further under the total domination of one of the world’s tiniest minority groups.

Washington Zionist Jewish attorney, Ken Feinberg, will now have the power to actually determine compensation of the senior executives of seven firms that have received US taxpayer bailouts.

Executives at companies such as the American International Insurance Group (AIG), Bank of America and General Motors, will be marked for special oversight by Feinberg who will be operating inside the White House with complete autonomy.

This latest move by the puppet teleprompter ‘President’ reflects his masters’ agenda that companies cannot decide for themselves on matters of pay but will now have a Zionist deciding compensation arrangements. This, of course, comes on the heels of Obama completely reversing himself on his call for salary caps for elite banking and other key executives.

Even Vladimir Putin Warned The US Against Obama’s Creeping Socialism Here.

OBAMA’S ‘CZARDOM’ BRINGS OUR NATION one step closer to a blatant Soviet-oriented socialist Zionist government in what is supposed to be, and what was, an American republic. With Obama’s latest appointment, Zionist-Jewish power in America’s legal and economic infrastructure expands and intensifies to staggering levels.

America’s bailout scam payoffs to wealthy, top Zionist Jewish banksters last year - as ordered by the Fed and Wall Street - showed the world how far the US has been taken over by world Zionism.

Feinberg becomes the newest member of what can quite arguably be called Obama’s Zionist shadow government. Keep clearly in mind that these ‘czars’ - appointed by Obama without Congressional approval - not only oversee Congressional-approved cabinet members, but act as independent national policy makers. ALL of Obama’s leading ‘Czars’ are Zionist Jews…who come from a fraction of a percent of the American population. 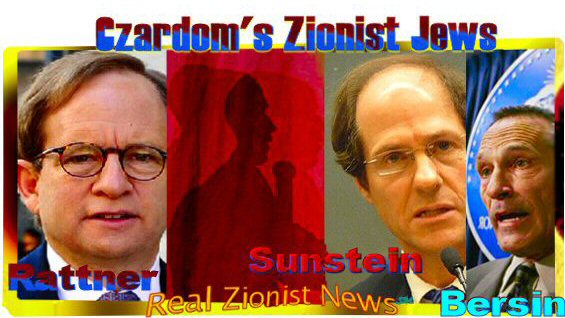 WITH ACCOUNTABILITY TO NO ONE BUT OBAMA, our new puppet president has embarked upon a wholesale power grab in his appointments of over 16 White House ‘czars.’ In a recent CBS News Interview, Senator Robert Byrd, who has the constitutional authority as President Pro Tempore of the US Senate, expressed his and many Americans’ concerns with the unconstitutional ‘czardom’ in Obama’s White House:

“Obama’s czars are a slick way of governing without having to answer to Congress. The rapid and easy accumulation of power by White House czars threatens the constitutional system of checks and balances.

Oversight of federal agencies is the responsibility of officials approved by the Senate, not appointees of the White House who operate with complete autonomy. These czars are accountable to no one but Obama. They have far reaching powers and Congress cannot stop a single decision they make.” View Entire Story Here & Here.

Senator Byrd is absolutely correct. Obama has taken the appointments of ‘czars’ to an unprecedented level wherein he is liable for acting against the US Constitution. The Constitution (Article II) commands that government officers with significant authority (called “principal officers”) are nominated by the president but are subject to the “advice and consent” of the US Senate.

Thus, any person, for example, whose pay is deemed excessive by the Zionist Jew, Feinberg, or affected by any other Zionist ‘czar,’ could file a federal suit asserting that the order is an unconstitutional exercise of government power, and have the court both invalidate the order and hold that the position itself doesn’t legally exist. Then we all could just ignore these ‘czars’ - because they would simply be private citizens, without the authority to order any of us to even tie our shoes. View Entire Story Here, Here, & Here. 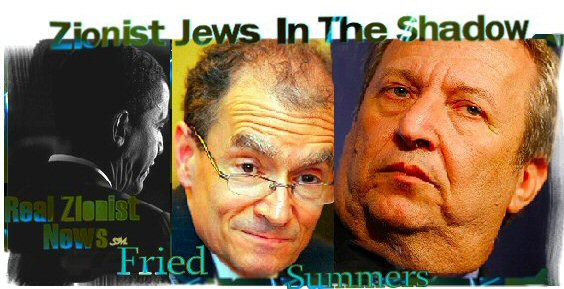 HERE IS A LIST of Obama’s leading ‘czars,’ (all Zionist Jews save one), and their Zionist agenda to install a Zionist inspired socialist system in America’s government:

In a recent article: Is Larry Summers Taking Kickbacks From The Banks He’s Bailing Out?, Summers is exposed as acting in his own interests and not America’s in his role as Obama’s economic ‘czar.’ On June 12, 2009, Summers addressed the Zionist-led Council on Foreign Relations, defending his policies against the accusation of “backdoor socialism.”

Regulatory Czar - Cass Sunstein. Director of Obama’s Office of Regulatory Affairs. A Zionist Jew, Sunstein joined the faculty of the Zionist-run Harvard Law School and began serving as the director of its Program on Risk Regulation.

A leading architect of the Cyber Security Act of 2009, now before Congress, Sunstein stated that the Internet is a “threat to democracy.” Indeed, our last bastion of freedom, the Internet, may soon be under the dictatorial control of this Zionist Jew, Sunstein.

Pay Czar - Kenneth Feinberg. Appointed by Obama to “regulate the pay for over 175 US corporate executives.” Feinberg, a Zionist Jew and Washington lawyer, worked for President Bush to prevent lawsuits against the US by the families of victims of the alleged 9-11 terrorist attacks, thus assisting in the Zionist cover-up of 9-11’s “inside job.”

A Zionist Jew and Clinton retread, Fried is currently the State Department’s Assistant Secretary for Europe and Eurasian Affairs, responsible for the division that handles NATO enlargement and coordination with the European Union on the war on terror.

Acting on behalf of the US State Department, this Zionist Jew, Fried, opposed Congress’ Armenian Genocide Resolution. Fried stated that recognizing the 1915 Armenian genocide by Muslim Turks, (plotted by Zionist Jews), would “damage US interests.”

As Assistant Secretary of State for European and Eurasian Affairs during the Clinton administration, this Zionist Jew, Fried, supported the bombing of Christian Serbs during the Kosovo crisis in 1999.

Rattner, who reported his overall networth of between $188 million and $608 million, enjoys a close friendship with both New York Times owner, Arthur Sulzberger, and NYC Mayor and financial magnate, Michael Bloomberg.

Border Czar - Alan Bersin. Director of Obama’s Special Representative For Border Affairs. Raised as a Talmudic Jew, Bersin’s appointment brings yet another Jew to America’s Department of Homeland Security, of which, Bersin is now a Zionist insider by serving as Assistant Secretary for International Affairs.

Climate Czar - Todd Stern. Named by Obama as Envoy for Climate Change. Stern is a Zionist Jew and longtime friend and advisor to both Hillary and former President Bill Clinton. Stern, a Clinton retread, served as his staff secretary.

Currently, Stern is a senior fellow at the Zionist “think tank,” Center for American Progress, funded & staffed by Zionist Jews. Stern promotes the Center’s Zionist ideology of perpetual war for perpetual peace in Afghanistan, Pakistan, and the Middle East, all in the name of “US security.”

Global Warming Czar - Carol Browner. Appointed by Obama as Energy Coordinator. Browner, yet another Clinton retread as administrator of the EPA, was listed until recently as one of 14 leaders of a socialist group, Socialist International, that advocates “global governance.”

The Washington Times reported that Browner’s name was listed on the member’s Web page for Socialist International. But Browner, not wishing to prompt objections to her White House appointment due to her socialist ideology, asked the organization to remove her name and biography from their site. See More Obama ‘Czars” Here & Here.

THUS, WE HAVE NON-ELECTED ‘CZARS’ – Zionist Jews in the leading positions – who operate with impunity – who are backed by Obama – and who are given the tools and resources to implement their pernicious, Anti-American, Zionist agenda …

And: ‘The ‘Plunder’ To Enrich Jewish Bankers Click Here

And: The Slow Death Of Zionist America Click Here