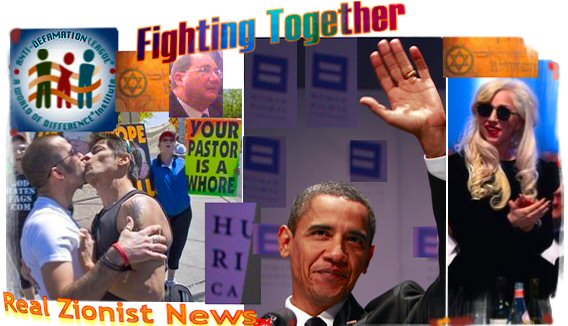 OBAMA’S HOMOSEXUAL AGENDA
AND THE JEWS BEHIND IT 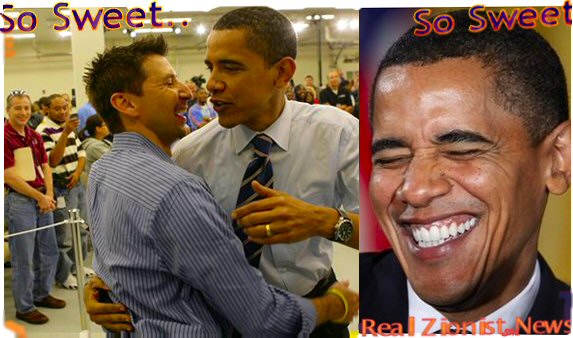 Promising to “change America’s laws” and the “hearts and minds” of all Americans at the HRC’s Annual Dinner in Washington DC, Obama delivered the keynote address with a speech that drew an enthusiastic response.

The Human Rights Campaign has emerged as a powerful lobby, curried up to by Jews on Capitol Hill such as Diane Feinstein and Joseph Lieberman, funded by major corporations, and of course, given huge support by American Jewry.

In his speech, Obama gave his whole hearted support to the homosexual quest to destroy the American family, stating, “I’m here with you in your fight!” Obama said that those who disagreed with his homosexual agenda were simply wrong. “There’s still laws to change and there’s still hearts to open,” Obama told the group of deviant sex activists.

Declaring what NO former American President would ever say even in his wildest dreams, Obama, in an effort to DESTROY the traditional white Christian American family, promised that his presidency will help homosexuals, lesbians and transgenders. And by Obama redefining the meaning of the family, he furthers the disintegration of American society: 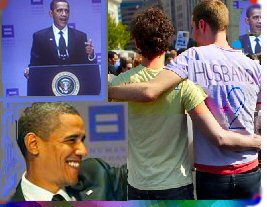 “There are still fellow citizens who hold fast to outworn arguments and old attitudes — who fail to see your families like their families — and that’s painful and it’s heartbreaking.

I expect to see our nation cherishing these relationships as we build a more perfect union—a union in which gay Americans are an important part. (Applause!) I am committed to these goals. And my administration will continue fighting to achieve them.

I’ve required all agencies in the federal government to extend as many benefits as possible to LGBT (lesbian, gay, bisexual, and transgender ) families. And I’ve called on Congress to repeal the Defense of Marriage Act and to pass the Domestic Partners Benefits and Obligations Act.“ View Entire Speech Here & Here.

It should come as no surprise to those who follow American Jewry’s agenda, that the key sponsors of Obama’s desired Domestic Partners Benefits and Obligations Act are Jews who also are hell bent on destroying the white Christian American family: Democrats Gary Ackerman, Howard Berman, John Adler, and Shelly Berkley. Zionist Jew Rahm Emanuel, now White House Chief of Staff, co-sponsored the Act when it was first introduced. The Homosexual lobby just LOVES Emanuel, who received a 100% vote rating from the pro-homosexual Human Rights Campaign. 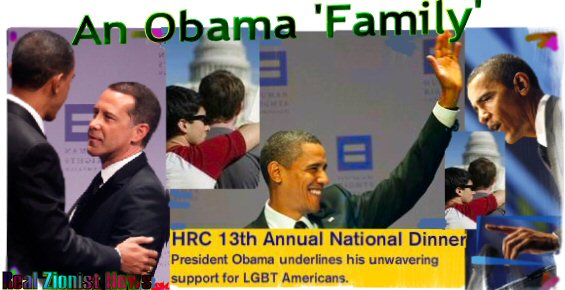 BIRDS OF A FEATHER

OBAMA’S SPEECH MAKES IT CLEAR that for the FIRST TIME in the history of America, a President affirms the radical homosexual agenda. In doing so, Obama claims he is “upholding the ideals on which this nation was founded.” Nonsense. This is just another piece of Obama’s habitual Orwellian doublespeak. America’s founding fathers upheld the essential role of the TRADITIONAL FAMILY as the “foundation of national morality.”

But what does Obama care about “morality” or the “traditional family?” He’s a proven liar and an alleged homosexual himself. For on June 18, 2008, before a large audience of political notables at the National Press Club in Washington DC, a man named Larry Sinclair revealed that a homosexual liaison took place between himself and Obama: 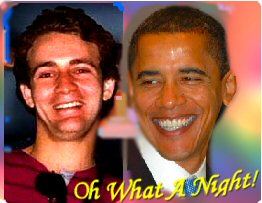 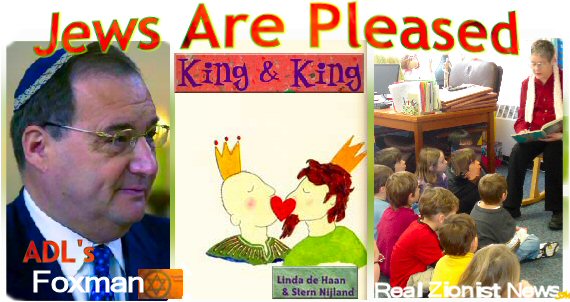 THE SUBVERSION OF WHITE CHRISTIAN CULTURE by organized Jewry and the Jew-controlled entertainment industry, is part of a two-pronged attack on social homogeneity in American life.

By promoting deviant sexual lifestyles and lobbying for open immigration, Jews insure for themselves a safe haven to further their own ethnic solidarity while dissolving the ethnic identification of White Christian Americans.

The traditional foundations of European society - and by way of extension in America - has rested on three pillars: patriotism, a Christian basis for morality, and social homogeneity. But Jews are very uncomfortable with this formula for they refuse to relinquish an exalted view of themselves as a “separate people” with their own set of interests within the Gentile nations which host them.

Thus American Jewry has attacked the very race that are the purveyors of this formula, white Europeans, who have carried Christian culture for centuries in Europe and in the three successive centuries since America’s founding.

Leading the charge against the white American race and its traditional Christian culture are the Anti Defamation League (ADL) with their intensive Gay Pride Early Childhood Education Programs in public schools and the American Civil Liberties Union (ACLU) with their LGBT Project aimed at defending odious Gay students and litigating against virtuous Christian students and Bible distribution in public schools. Both the ADL and the ACLU are headed and funded by Jews. 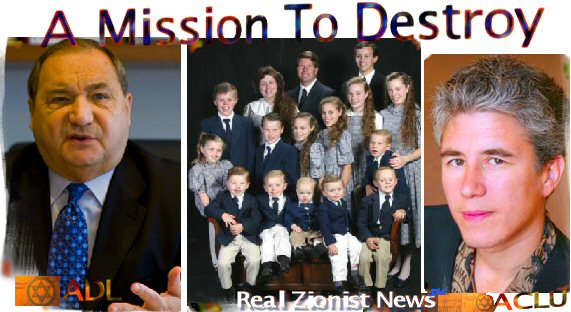 These two groups have targeted white Gentile children in America’s public schools by providing teaching aids, currucilae, and books such as the Early Childhood Activity Kit for Pre-K to 6th grade, which promotes homosexuality, lesbianism, and transgenderism.

Jewish children are exempt from this brainwashing as a high percentage are enrolled in private schools and taught at home and synagogue that the propagation of the Jewish race through traditional marriage is crucial for Jewish survival. But for the white Gentiles, so the Jews propose, “let deviant sex destroy their race!”

The legitimization of homosexual unions — as the jewel in the crown of a host of Jewry’s initiatives aimed at destroying the white race — is moving 180 degrees opposite the family stability and growth whites need to exist as a viable force in America. Jewry’s promotion of personal license and deviant sexual mores will prove deadly to an already endangered race, White Americans of European descent, in an America they can hardly still call their own…


And: The Jewish Debasing Of American Culture Click Here