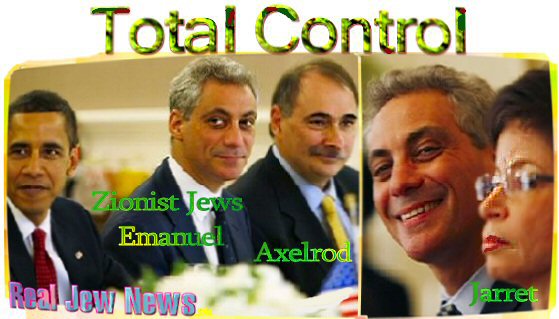 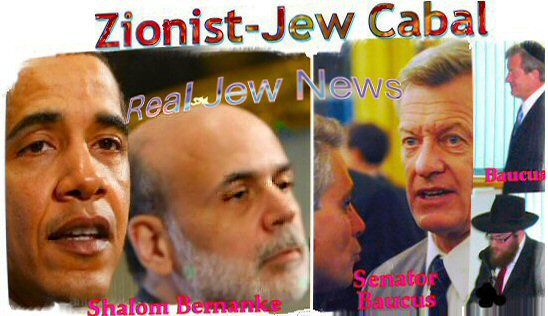 Rabbi Chaim Bruk Confers A ‘Blessing’ (A CURSE)
On Democrat Senator Max Baucus
Here
THE ZIONIST THREAT TO WESTERN CIVILIZATION with its attending “Jewification” of every sphere of Western society’s infrastructure, continues to grow at an alarming rate every year.

Not a single aspect of Western society’s social components has been left untouched by Zionist-Jewish leaders in their quest to install an Anti-Christian/Pro-Jewish agenda into the prevailing culture of the Western world.

Whether it’s in the field of politics, banking, finance, academia, education, religion, public events, the press & the media, Zionist Jewish leaders are at the helm - steering the course of their agenda headlong into global hegemony. The final sphere of attack by the Zionists is the last bastion of free speech: the Internet. 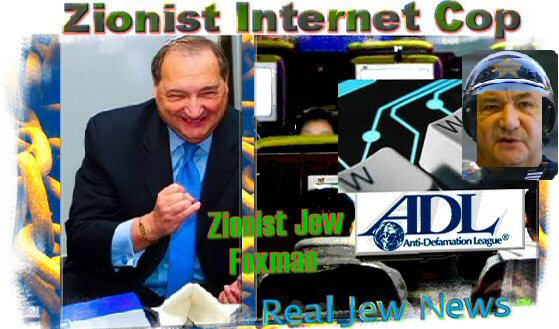 ONE OF THE BIGGEST THREATS by Zionist leaders to what was formerly a Christian society in the West, is their war against freedom of speech. Their aim is to eliminate all valid criticism of their Zionist-Jewish agenda.

Along with this threat by Zionist Jews against freedom of expression, is their quest to prevent national aspirations from emerging in accordance with the innate desires of predominating Gentile populations, of which, Jews make up less than 2% in the leading nations of the Western world.

The following are quotes from three Zionist-Jewish leaders - “modern portraits of evil” - which demonstrate their evil designs to eradicate the historical Christian & free consciousness of the collective psyche of the nations of the West.

First to be quoted is the Zionist Jew, Abraham Foxman, the Director of the Anti Defamation League (ADL). Foxman seeks to pressure Internet Service Providers into denying hosting of sites that are critical of Jews. Notice also, that Foxman boasts of receiving a one-million dollar grant, (from the Jewish-controlled Congress), to achieve his freedom-hating designs:

“The growth of hate on the Internet is due to Internet Service Providers willingly hosting their customers’ World Wide Web pages. They provide unlimited use of the hardware and communications lines necessary for creating a Website, even for those who know nothing about computer programming.

The World Wide Web has turned every user into a potential publisher. It has never been easier for broadcasting extremist ideas and plans to the world. Purveyors of hate make use of all the communication tools that ISP’s provide.

Many extremist sites target the young. We are working to respond to this challenge. We have recently received a one-million dollar government grant to implement this endeavor to prevent youth-initiated hate.” View Entire ADL Story Here, Here, & Here 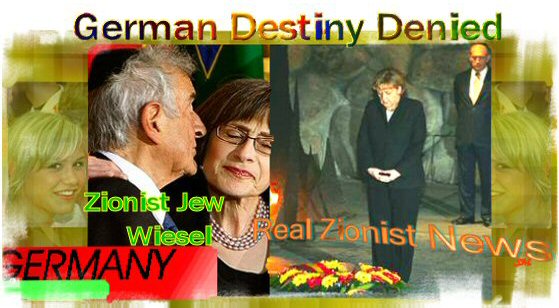 NEXT, WE HAVE A MALICIOUS QUOTE AGAINST THE GERMAN PEOPLE by the hate-mongering Zionist Jew, Elie Wiesel - a self-proclaimed prophet of ‘Holocaust-Hype.’ One is struck with an extreme case of nausea whenever a Wiesel statement appears due to his exaltation of “Jewish martyrdom.” (It fails to convince since the majority of modern Jews live in luxury.) Wiesel, in Christ-hating fashion, refuses to forgive all present-day Germans because of an event that allegedly occurred 65 years ago:

“Every Jew, somewhere in his being, should set apart a zone of hate — healthy, virile hate — for what the German personifies and for what persists in the German. To do otherwise would be a betrayal of the dead. Thus, we must protect ourselves by changing the world.” Excerpt From Legends of Our Time - Appointment With Hate. View Entire Story Here. 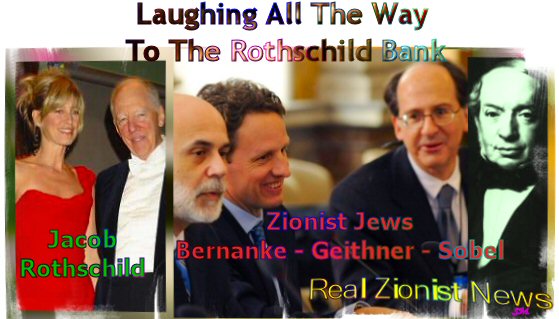 OBAMA’S ZIONIST JEW AT TREASURY, Timothy Geithner, recently spoke on credit card reform at the IMF-World Bank Conference in Washington DC on April 25-26, 2009. But the real reform that Geithner is after is a “global financial system” operating under a unified regulatory framework.

What this means is that the Zionist-Jewish Dynasty, namely, the Rothschilds, who are the principal holders of the US Federal Reserve Bank, would have TOTAL control of all global financial dealings. The following is a quote from Geithner’s article in the London Financial Times, a Rothschild publication, in which he spells out the Rothschild-global-scheme:

“The main global banks need to operate under a unified framework that provides a stronger form of consolidated supervision.

We need to put in place a stronger framework of oversight-authority over the critical parts of the payments system – not just the established clearing and settlements systems - but the infrastructure that underpins the decentralized over-the-counter markets. The Federal Reserve should play a central role in such a framework.” View Entire Story Here.

Indeed, this Jew, Timothy Geithner, is a Zionist careerist with a lust for power. Already the Federal Reserve has 4 Jews ruling its 5-member Board of Governors. Apparently, Geithner would like to be Chairman of the Board of a new global regulatory system & rule the world (He’ll still be a Rothschild puppet…)