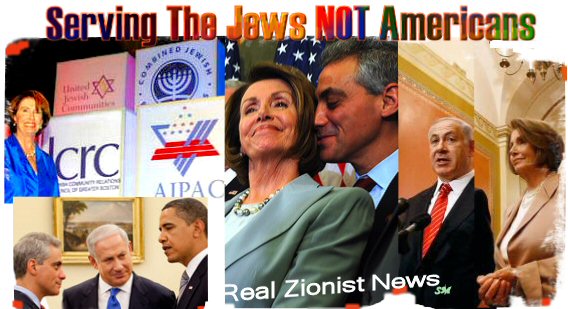 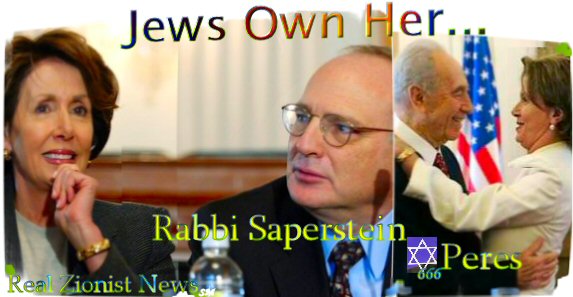 “RABBIS AND JEWISH CONGRESSMEN all thronged to Pelosi’s first celebratory event in DC to congratulate the Congresswoman in her role as the first woman to serve as Speaker of the House,” wrote the Washington Jewish Week in January of 2007.

“Nancy is our Queen Esther of modern times,” exclaimed Jewish Congressman Robert Rush, as a myriad of Jews, (along with Rabbi David Saperstein who gave the keynote address and joined Pelosi on the podium with her six grandchildren, two of whom are Jewish), basked in their Jew-bought politician, Nancy Patricia Pelosi, during the reception.

Designated in Newsweek’s 2009 list as the most influential rabbi in America and described in a Washington Post profile as “the quintessential religious lobbyist on Capitol Hill,” Rabbi Saperstein represents the national Reform Jewish Movement to Congress. And conversely, Pelosi represents the all-pervasive Jewish movement around which the nation revolves.

The scope, depth and centralized structure of Jewish influence in the political life of America far exceeds anything which can be conceived as a “lobby.” Nancy Pelosi is a prime illustration of the breadth of Jewish influence-peddling in America.

Jewish influence is exercised indirectly through censure of any utterance by Gentiles that employs the word “Jew” in a critical manner. Jews own not only the political and cultural life of America but the minds and tongues of the downtrodden White Christian majority.

A KEY COMPONENT of Pelosi’s rise to power is rooted with the old-money California Jewish political machinery with networks all over the San Francisco Bay Area, especially the “new Jew-money” of Silicon Valley.

Unlike publicity hungry Jews elsewhere, old money San Francisco Jews tend to stay out of the national limelight, preferring to flaunt their wealth only among each other usually at some private enclave. One of these private enclaves is Nancy Pelosi’s own multimillion-dollar home in the Pacific Heights neighborhood in San Francisco at which she hosted her Jewish enablers in August of 2009.

Among the Zionist Jewish guests, that is, the Jewish manipulators of US Congress, with whom Pelosi was “schmoozing with the wealthy and well-connected,” were the Jews, David Axelrod, Obama’s special adviser, Mark Zandi, an economic adviser to Obama, and Congresswoman Debbie Wasserman Schultz of Florida. 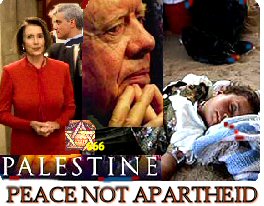 In other words, Jews donate to Pelosi and Pelosi returns the favor by legislating for Jewish interests. Pelosi was the key sponsor of HR 34, a Pelosi-led declaration passed on January 9, 2009 which recognized and applauded the Jewish slaughter of Gaza civilians.

Pelosi is a personal friend of Naomi Lauter, the national community consultant for AIPAC. “We were neighbors in Presidio Terrace in 1970,” remembers Naomi Lauter. “The Pelosis would come to our house for Passover.” Lauter fondly recalls Pelosi serving on the committee to build San Francisco’s Holocaust Memorial.

“Nancy Pelosi is deeply connected to the Jewish community,” says Sam Lauter, son of Naomi Lauter, a Zionist lobbyist in San Francisco who has an extensive network of contacts in DC and served as Senator Biden’s personal assistant. “It comes from her soul.” (He means from her bank account provided by San Francisco Jews.)

Jews make up less than 2% of the American population—yet they have 100% influence over Congressmen, Senators, and Jew-bought Congresswomen like Nancy Pelosi, who serves the interests of the Jews, NOT her American constituency.