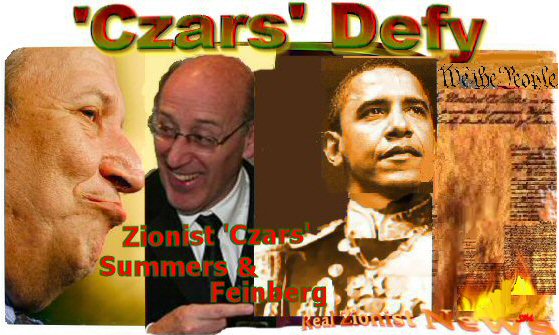 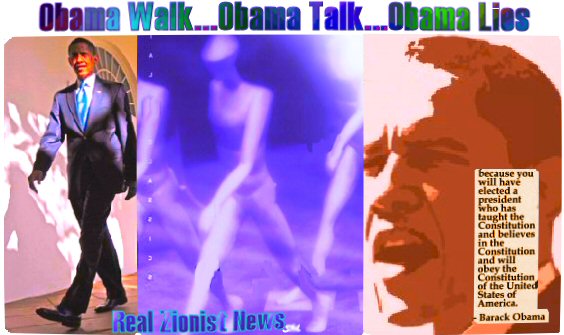 CONGRESS HAS NOT AUTHORIZED A SINGLE ‘CZAR’ that puppet president Obama has appointed.

According to Senator Robert Byrd, who has the constitutional authority as President Pro Tempore of the US Senate, Obama’s appointments of White House ‘czars’ to oversee federal policy: “amount to a power grab by the executive branch.”

Senator Byrd is absolutely correct. Obama has taken the appointments of ‘czars’ to an unprecedented level wherein he is liable for acting against the US Constitution. The Constitution (Article II) commands that government officers with significant authority (called “principal officers”) are appointed by the president but are subject to the “advice and consent” of the US Senate.

Thus, any person, for example, whose pay is deemed excessive by Obama’s new ‘pay czar,’ the Zionist Jew, Kenneth Feinberg, could file a federal suit asserting that the order is an unconstitutional exercise of government power, and have the court both invalidate the order and hold that the position itself does not legally exist.

Then America could rightfully and constitutionally ignore Obama’s fascist coup attempt with his Zionist ‘czars’ - because they would simply be private citizens - without the authority to order any of us to even blow our noses. View Entire Story Here, Here, & Here.

In a recent letter to Obama, Senator Byrd demanded that Obama limit his claims of executive privilege by ensuring that the White House ‘czars’ have no authority over Cabinet officers confirmed by the Senate:

“These White House ‘czars’ are not accountable for their actions to the Congress, to cabinet officials, and to virtually anyone but the president. They rarely testify before congressional committees, and often shield the decision-making process behind the assertion of executive privilege. In too many instances, White House staff has been allowed to inhibit transparency and reduce accountability.” View Entire Story Here.

This was due to Walpin’s investigation of Obama’s political supporter and crony, Sacramento Mayor Kevin Johnson. A former NBA basketball star known as “Obama’s basketball playing crony,” Johnson was charged by Walpin for misuse of federal funds.

In violation of a Law established to keep watchdogs independent and free of political pressure or interference,

Obama has refused to give a reasonable explanation why he fired Inspector General Walpin besides saying he “lost confidence” in Walpin.

AmeriCorps annually receives millions of federal dollars to address everything from illiteracy to public service jobs for the youth. Much of the work is done through local nonprofits which receive hundreds of thousands of dollars in federal grants from AmeriCorps.

One of the local charities (St Hope Academy) that has benefited tremendously from the arrangement is based in Sacramento is operated by Obama’s crony, Mayor Kevin Johnson.

Walpin found that Johnson illegally misused $1 million in federal grants to pay volunteers for political activities, run personal errands and even wash his car. The mayor, who said that there “may have been administrative errors,” reached a settlement to repay half of the money.

Yet in spite of Johnson’s admission of guilt, Obama abused his executive privileges by firing Walpin vis-a-vis the intervention & meddling of his wife, Michelle Obama. 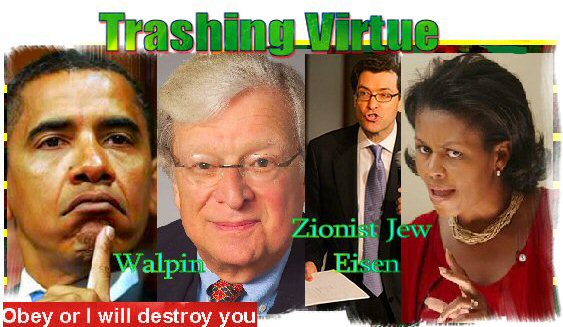 NOT ONLY WAS MICHELLE OBAMA INVOLVED in the firing of Walpin - but one of Obama’s Zionist Jews at the White House, Norman Eisen, was called upon to trash Walpin.

As Special Counsel to the President, Eisen telephoned Walpin and demanded that he resign within an hour. Walpin, pointing out that he was not a political appointee and did not serve at the President’s pleasure, declined to resign. So Obama fired him the next day.

By statute, Obama is required to give Congress 30 days’ written notice of his intention to fire an Inspector General and set forth his reasons for doing so. Obama failed to comply, merely saying that Walpin no longer has his “fullest confidence.” That is not sufficient reason to fire an Inspector General. View Entire Story Here, Here, Here & Here.

In a letter to Obama, Iowa Senator Charles Grassley urged Obama to review The Inspector General Reform Act Of 2008 — co-sponsored by both men — pointing out that the law safeguards the independence of Inspector Generals from the heavy hand of the executive branch.

WILL CONGRESS STAND UP to Obama’s ‘heavy hand’ and protect the American people from his continual ‘power grabs?’

Or will Congress roll over and allow Obama to accrue even more power to protect his buddies AND his Zionist Jewish ‘czars?’

Only time AND the removal of the Zionist ‘czars’ will tell…