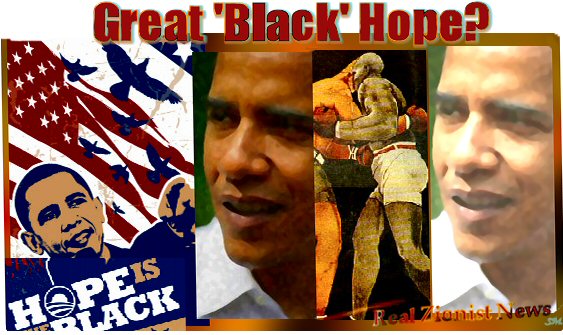 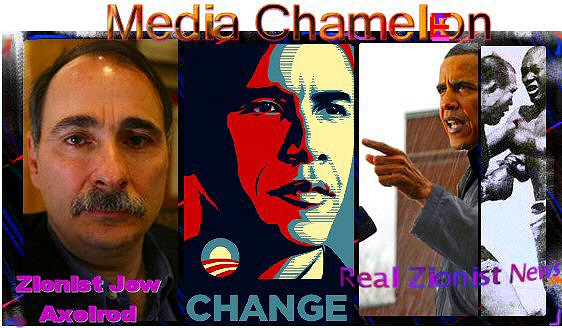 Though the question is debated pro and con by many Gentiles, American Jewry would not have it otherwise. And neither would the Zionist-Jewish presence of lobbyists, banksters, and warmongers in power in the Obama administration.

Having been raised in Judaism in an upper-middle class synagogue, I was brought up in an environment in which the Jewish community always championed the ‘black cause.’ It was American Jewry specifically that promoted civil rights of blacks during the 1960’s.

Not that Jews care all that much for the blacks and their needs. For behind closed doors, Jews deridingly call blacks, “schwartzas,” and consider it a great shame if forced by financial circumstances to live in a black neighborhood. 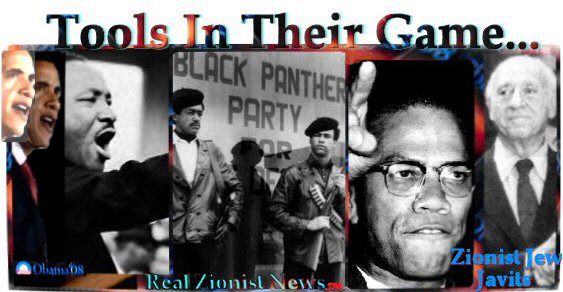 BUT SUPPORTING THE ‘BLACK CAUSE,’ as they did in the civil rights era, gives Zionist Jews a leverage of power by undermining the influence of American homogenous social forces and making it politically incorrect to criticize minorities, that is, “Jews” themselves.

Indeed, the Jewish-occupied media and academic world engages in a massive attack against generic prejudice as a tool in fending off criticism of Jewish agendas.

Thus, Zionist Jews can label any criticism of Jewish activities as “racist” & “Anti-Semitic.” And a ‘black’ president is no match for Zionist Jews who control not only the media and academia in America, but the entire American political system as well.

Perhaps Obama would be the Great Black Hope for Gentile Americans - (who do not use Obama for their own agenda as the Zionist Jews do) - if Obama were actually black.

With his father from Kenya, where Obama was born, and a white mother, Obama looks more like his white mother. That’s why whites have been able to embrace him. In truth, Obama is 50% Caucasian from his mother’s side and 43.75% Arabic and 6.25% African Negro from his father’s side as reported by Rense.com.

But America turned to Obama in the last election as the Great ‘Black’ Hope with the anticipation of a new era of peace, “change” and trust in Government. Now Americans are seeing promises broken with no apologies. 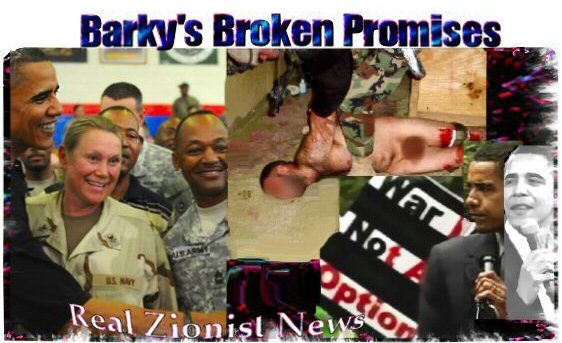 A COUNTLESS NUMBER OF REVERSALS BY OBAMA is costing him credibility amongst his liberal supporters. One of Obama’s promises during his election campaign was to initiate an immediate pullout of US troops from Iraq:

“Most of you know that I have opposed this war from the start. I thought it was a tragic mistake. That’s why I have a plan that will bring our combat troops home by March of 2009.” Obama Campaign Promises. View Entire Story Here.

“March of 2009″ has come and gone and the War in Iraq continues. Obama’s promise to “bring the troops home by March of 2009″ was an outright lie. Obama now intends to leave the bulk of American forces in place while combat units will remain in new roles - even beyond a declared August 2010 target for withdrawal.

Indeed, the War in Iraq rages on as a barrage of reports of suicide bombings and special US troop missions come in almost every day.

AND, even after August 2010, Obama plans on keeping at least 50,000 US troops in Iraq, including combat units reassigned as “Advisory Training Brigades.” So much for Obama’s promise to “bring the troops home.” View Entire Story Here, Here & Here. 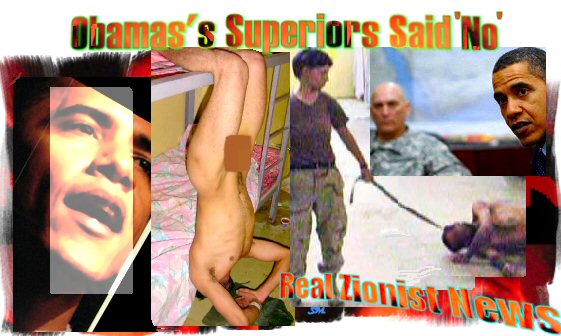 IN YET ANOTHER REVERSAL OF HIS CAMPAIGN PROMISES, on May 13, 2009, Obama said he would “fight the release” of dozens of photographs showing the use of torture used on terror suspects in Iraq and Afghanistan.

The decision was a blow to Obama’s liberal supporters who see the photos as part of a broader effort to investigate war crimes committed by Bush-era officials, bring them to justice, and cleanse America’s tarnished moral image abroad.

Many former supporters are now accusing Obama of reversing his campaign promise of “transparency” & applying the “rule of law” in government dealings, and his promise not to use torture against terror suspects.

Only a month ago, Obama said he would comply with a court order to release the photos by May 28, 2009, stating that legal options to prevent their release were limited. But Obama shifted gears after senior military commanders, who have no respect for the “rule of law,” expressed misgivings about the potential for the photos to generate violence against US troops in Iraq and Afghanistan.

Now, the lying President is seeking a court order to block the release of the photos, so as to accommodate his military superiors, whose troops in Iraq and Afghanistan are there to perpetrate VIOLENCE against “enemies” who naturally will return the “violence” being perpetrated against them.

Any 5th grade student of military history knows that a release of photos exposing torture has nothing to do with “returned” violence when both sides are waging war. View Entire Story Here, Here & Here. 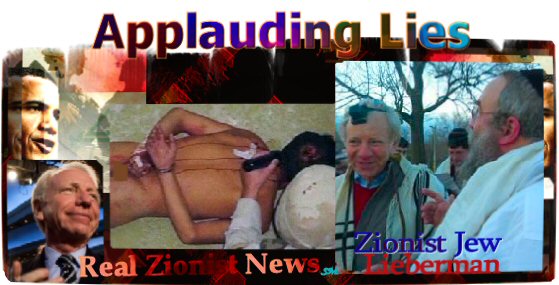 Executive director, Larry Cox, released the following statement in response to Obama not fulfilling his campaign promises of transparency in government, stopping the use of torture, and closing the military commissions at the detention facility in Guantanamo Bay:

“Obama is reneging on his legal obligation to release the torture photos, a critical disclosure in helping Americans understand the range of abuse that was committed in their name.

The President is also breaking his campaign promise regarding Guantanamo Bay detention camp. Obama is reinstating the same deeply-flawed military commissions that in June 2008 he called an ‘enormous failure.’

In one swift move, Obama both backtracks on a major campaign promise to change the way the United States fights terrorism and undermines the nation’s core respect for the rule of law by sacrificing due process for political expediency.” View Entire Story Here & Here.

Zionist Jews, with Senator Joseph Lieberman leading the pack, applauded Obama’s reversals, announcing that Obama’s change of mind was a “strength not a weakness.”

In other words, lying to the American public is considered a “strength” by those who would undermine all that America once stood for…

And: Iraq: A War For The Jews? Click Here

And: Obama - Photos Of Blasphemy, Sex And Deception Click Here