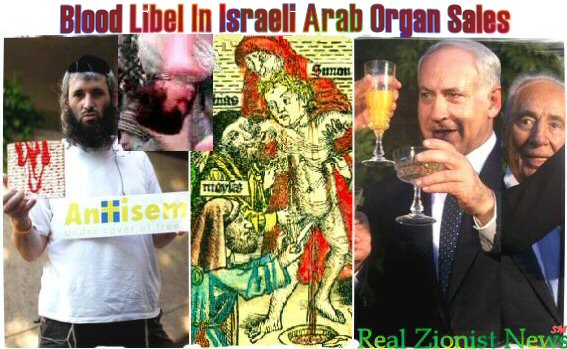 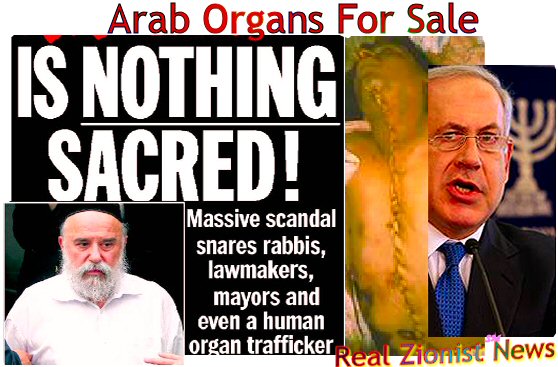 “THEY PLUNDER THE ORGANS OF OUR SONS,” reads the headline in Sweden’s largest daily newspaper, The Aftonbladet, which devoted a double spread in its cultural section to the article on August 17, 2009.

The reporter, Donald Bostrom, quotes Palestinian families whom he interviewed that young men from the Gaza Strip and the West Bank had been regularly seized by the Israel Defense Forces and their dismembered bodies returned to the families with missing organs.

The IDF denies the charges, claiming that the scars on the Arab corpses were only the result of routine autopsies performed on them.

But Arab parents, themselves victims of countless Israeli war crimes, claim the bodies of their sons come back without hearts and kidneys.

“Our sons are used as involuntary organ donors,” mothers, uncles, and relatives of Arab teens told Bolstrom. “They disappeared for a few days and returned by night, dead and autopsied,” the relatives of the victims said. 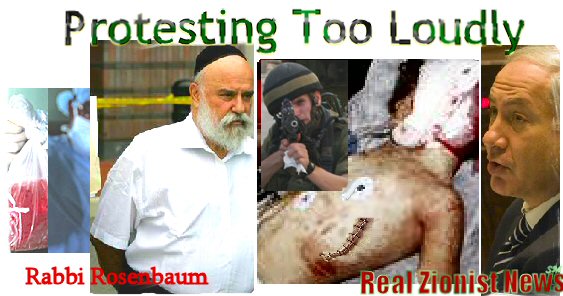 The claim by the Swedish paper that Israeli soldiers have been abducting Palestinians in order to steal their organs has prompted accusations of ‘Anti-Semitic’ blood libel from leaders of world Jewry, including Prime Minister Benjamin Netanyahu.

Netanyahu is demanding Sweden to condemn the article. “The Swedish government cannot keep silent any longer,” Netanyahu said. “In the Middle Ages, Jews were accused of preparing Passover matza with the blood of Christian children. Today it is Israeli soldiers who are accused of killing Palestinians to take their organs,” Netanyahu added. (For once a statement by Netanyahu has a ring of truth to it.)

The Swedish government, thus far, has refused to buckle under world-wide Jewry’s pressure, saying it “respects the principle of freedom of expression.” 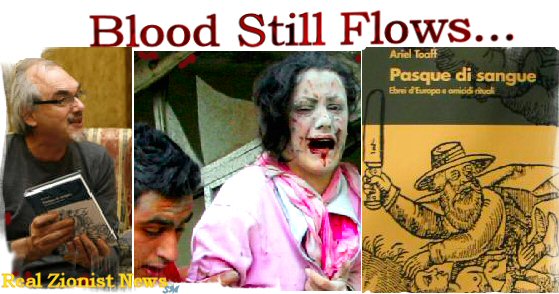 ONLY TWO YEARS HAVE PASSED since Ariel Toaff, an Israeli professor of Medieval History, published his book Blood Passover (Pasque di Sangue) only to be forced by the Anti Defamation League (they hate our freedoms) to withdraw it from publication.

Toaff stated that ritual murders might have really taken place - that were committed by Jews seeking revenge for conversions of their fellow Jews beginning with the First Crusade of 1096 and onwards.

“Such acts were instinctive, visceral, virulent actions, in which innocent Christian children became victims of vengeance,” Toaff wrote in the book’s preface. “Their blood bathed the altars of a god who, it was believed, needed to be guided, sometimes impatiently pushed to protect and to punish.” Read Blood Passover In English Here. Read Jewish Blood Ritual of St Simon of Trent Here.

BRINGING THE ‘BLOOD LIBEL’ CHARGE UP TO DATE, it comes as no surprise that Israel is looked upon as the focal point in the illegal organ trade.

In a recent article by former analyst with the US National Security Agency, Wayne Madsen, Israel is shown to be the center of the global organ trade.

Madsen reports that Chinese police discovered that a restaurant in the Shenzen province was an organ harvesting center with links to Israel. The center was operated with medical expertise from Turkish military surgeons who identified usable organs for Israelis. (Turkey and Israel have a military alliance.)

The Shenzen restaurant’s refrigerators were packed with human remains: limbs, spines, and heads which were boiled down and dumped into the sewer. Bones were crushed and likewise went down the sewer pipes. But the usable organs were packed off to Israel and Saudi Arabia.

Who knows? Perhaps a dozen kidneys were sent to Rabbi Rosenbaum through his Israeli agents as well…