Putin & The Battle For Oil 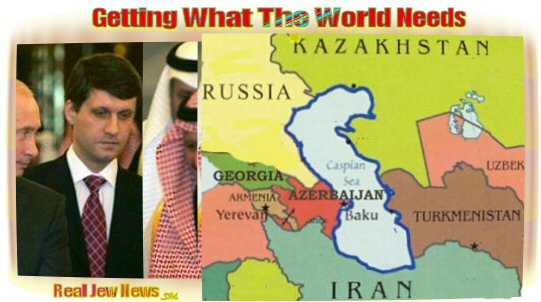 PUTIN & THE BATTLE FOR OIL
By Brother Nathanael Kapner, Copyright 2008-2011 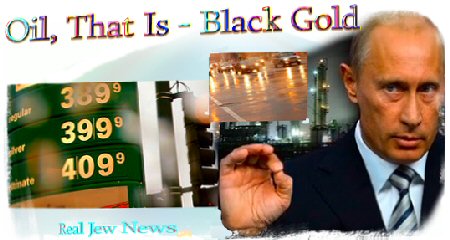 VLADIMIR PUTIN IS THE MOST POWERFUL national leader in the world today. Putin’s agenda with regard to the “geopolitics of oil” is to regain Russia’s position as the dominant power in oil-rich Eurasia.

The recent discovery of vast oil reserves in the Caspian Basin turned it into an arena of intense international competition. Zbigniew Brzezinski, an Obama insider, called Eurasia “the axial super continent” & “home to all the historical pretenders to global power.”

Initiating his oil agenda at the very outset of his presidency, Putin told the Azerbaijani parliament in Baku, (home of the Baku-Tbilisi-Ceyhan (BTC) pipeline), that his visit was an important step “towards a new phase” in relations with Azerbaijan and Eurasia in general:

“With this new phase of relations, we should seek a higher level of economic ties. Russia wishes to cooperate with Azerbaijan in all aspects of the fuel and energy sectors. We are ready to be involved in the development of oil deposits and the use of our Russian pipelines.” View Entire Story Here.

In two recent “upsets,” Putin bought majority shares in Kazakhstan’s Caspian Pipeline Consortium (CPC) and gained access for a new pipeline to run from Turkmenistan through Kazakhstan before entering Russia from where it will be exported to Europe & China.

Since the Georgian crisis in August of 2008, (which changed the world forever), the key energy states in Eurasia - - Azerbaijan, Kazakhstan, & Turkmenistan - - have tilted away from the West and are now safely in Putin’s lap. 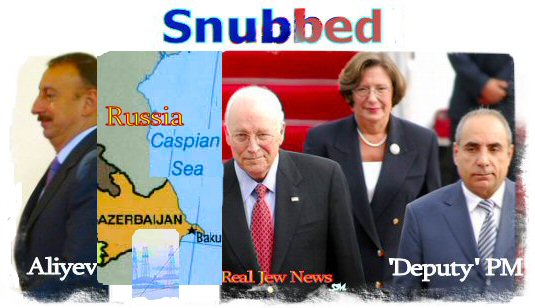 CHENEY GETS THE SHAFT

“AMERICA NO LONGER produces what the world wants (goods & services) - so it is going to war to control what the world needs (the supply of oil),” observes political analyst Marshall Auerback in his article, Putin And The Geopolitics Of Oil.

When Cheney arrived in Azerbaijan on September 3 2008 to gain that control, President Ilhan Aliyev did not even bother to meet him at the airport. Instead, only the “deputy” Prime Minister showed up. Cheney’s visit was all down hill from there on in.

In the article, Moscow Wins A Major Victory On Pipelines, Eurasian expert Paul Goble sums it all up in Putin’s favor:

“With Iran opposing construction of any undersea pipelines in the Caspian on ‘ecological grounds,’ America’s Nabucco & BTC pipelines will be effectively blocked. Putin can now claim his first major victory from his trouncing of Georgia.” View Entire Story Here.

With the EU agreeing to Putin’s Russia-European Security Pact & in opposing the US missile shields in Eastern Europe, it appears that America is suffering a slow and painful death at the hands of Vladimir Putin.

And: Russia’s ‘Wake Up Call’ To America Click Here

And: The Dollar Drops - The ‘Amero’ Cometh Click Here