IRAQ: A War For The Jews? Interviews! 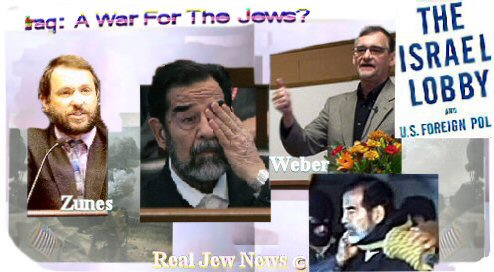 IRAQ: A WAR FOR THE JEWS?
INTERVIEWS!

I HAVE ARRANGED to have two outspoken critics of the Iraq war, Mr. Mark Weber, Director of the Institute for Historical Review (IHR) Here and Dr. Stephen Zunes, Professor of Politics and International Studies at the University of San Francisco Here to participate in a debate over who is to blame for the War in Iraq.

In sorting out the motives and forces behind the war, Mr. Weber stresses Jewish-Zionist interests and the role of pro-Israel Jews, while Dr. Zunes stresses the role played by Oil companies and the Military-Industrial Complex. (Thus Dr Stephen Zunes presents an “alternative view” to that which is normally articulated on this site.) 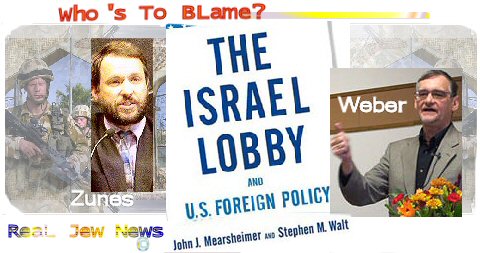 Brother Nathanael: Who is primarily to blame for the Iraq war?

Mr. Mark Weber: Whatever the secondary reasons for the war, the crucial factor in the decision to attack Iraq was to help Israel. With support from Israel and America’s Jewish-Zionist lobby, and prodded by high-level Jewish neo-conservatives in the Bush administration, President Bush and Vice President Cheney who were already fervently committed to Israel, resolved to invade and subdue one of Israel’s chief regional enemies.

As US Senator Ernst Hollings said in May 2004, the US invaded Iraq to secure Israel and everybody in Washington knows it. On at least two occasions, President Bush himself acknowledged the importance of overthrowing the Saddam Hussein regime in Iraq because it was a threat to Israel.

I’ve laid out this and much more evidence in numerous essays and lectures. See, for example, “Iraq: A War for Israel” Here.

Brother Nathanael: Why, Dr. Zunes, do you say that the Jewish Lobby is not directly responsible for the US invasion of Iraq?

Dr. Stephen Zunes: While the so-called “Jewish Lobby,” the American Israel Public Affairs Committee (AIPAC) undeniably has influenced Congressional votes regarding Israeli-Palestinian concerns and other issues, it has not played a major role in lobbying for support of the U.S. invasion of Iraq.

Some of Israel’s strongest supporters in Congress were among the harshest critics of the invasion.~ There are far more powerful interests with a stake in what happens in the Persian Gulf region than AIPAC.

These include the oil companies, the arms industry, and other special interest groups. Indeed, U.S. interests in the oil-rich states of the Persian Gulf have existed for many decades and even pre-dates the establishment of modern Israel. 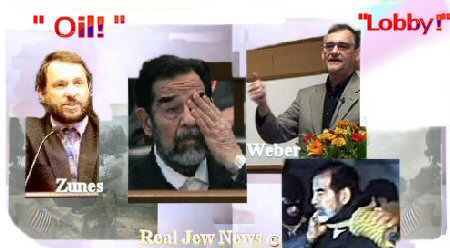 BN: What is your response to this Mr. Weber?

Weber: Jewish-Zionist plans for war against Iraq had been in place for years, even before George W. Bush became president.

The 2001 Nine-Eleven attack served as a useful pretext to put those plans into operation. There is abundant evidence to show that during the months prior to the March 2003 invasion, Israel and its supporters in the US prodded and encouraged the Bush administration to go to war.

To be sure, the US business-political Establishment seeks to secure and further its interests by trying to impose a global Pax Americana as Dr. Zunes has pointed out. But there is no direct evidence that US oil companies pushed for war with Iraq.

In fact, the traditional US business-political Establishment opposed the invasion of Iraq. In the months prior to the attack, high-level retired US military figures, and prominent former Washington officials such as Brent Scowcroft and Zbigniew Brzezinski, spoke out against attacking Iraq.

— “Pressure from Israel and the Pro-Israel Lobby was not the only factor behind the decision to attack Iraq in March 2003, but it was critical.

Some Americans believe that this was a war for oil, but there is hardly any direct evidence to support this claim. Instead, the war was motivated in good part by a desire to make Israel more secure.

Within the United States, the main driving force behind the Iraq war was a small band of neoconservatives, many with close ties to Israel’s Likud Party. In addition, key leaders of the Lobby’s major organizations lent their voices to the campaign for war.” 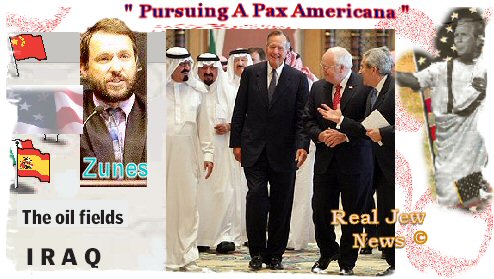 BN: Why, Dr. Zunes, do you maintain that the Jewish Lobby and neocons played only a secondary role in US policy in the Middle East?

Zunes: There are strategic planning documents and reports from right-wing think tanks with close ties to the White House, that prove that the U.S. invasion and occupation of Iraq was part of an effort to create a Pax Americana in the Middle East.

Iraq is the only Arab country that combines significant oil reserves, a sizable population, and an adequate water supply to maintain an independent foreign and domestic policy.

This, in effect, is what makes Iraq a threat to perceived American interests and why Saddam Hussein’s desire to create a deterrent capability through the development of weapons of mass destruction was seen as intolerable.

Should the United States, (as is still hoped for by the Bush administration, but now appears to be highly unlikely), end up controlling Iraq, permanent military bases would then be established.

Iraq, as an American vassal state would control the 2nd largest oil reserves in the world and the US would have enormous leverage over Iraq’s immediate neighbors - Iran, Saudi Arabia, Syria, and Turkey, among others. Israel would be a junior partner in this endeavor.

Regarding the neo-conservatives, the notorious Feith/Wurmser “Clean Break” paper was a call for Israel to break from the US-led peace process and the perceived restraints on Israeli actions by the U.S. government, then under the leadership of the more moderate Clinton administration, not a call for the United States to take risky initiatives at the behest of Israel. 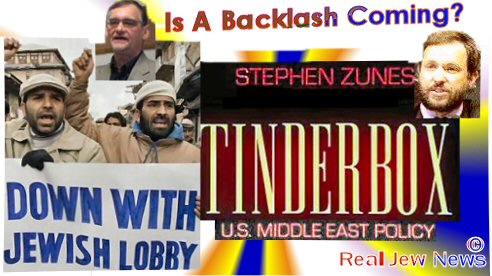 BN: Let’s move on to another topic: Do you two foresee a possible anti-Jewish backlash arising from a drawn out and ever more costly US role in Iraq?

Weber: Americans have already paid a high price for the US alliance with Israel. But in the years ahead we will doubtless pay an ever higher price in squandered dollars, lost international prestige, and wasted American lives.

In the short run, I don’t foresee any significant rise in anti-Jewish sentiment, even if the Iraq situation gets worse. But that could change quickly if, for example, the US were to become involved in a regional war against Iran on behalf of Israel.

Such a war would have terrible consequences, and would likely generate widespread anti-Jewish rage, especially if the US economy falters.

Zunes: As I have pointed out many times, US foreign policy wishes to establish a Pax Americana, that is, hegemony throughout the Middle East, using Iraq as a vassal state.

But like other powers that have tried to control the Middle East, such efforts at hegemony will inevitably spawn their own resistance. With the United States itself on the other side of the globe, Israel may become an easier target by those resisting this hegemonic American effort in the heart of the Middle East.

In other words, as a flip side of the current situation, where U.S. support for Israel has led to increased anti-Americanism in the Arab-Islamic world, Israeli support for an American invasion and occupation of Iraq will inevitably exacerbate anti-Israeli and anti-Jewish sentiments.

The disastrous consequences of the invasion would be a great opportunity for concerned Americans to demonstrate that this tragedy was a result of the undue influence of the oil companies, military contractors, right-wing ideologues, and excessive corporate influence over our government’s policy initiatives.

This could spur demands for badly-needed radical reforms in the political and economic system. Those who would rely on the time-honored tactic of “blaming the Jews” would divert attention from the real issues and would indeed be a dangerous distraction

.For More See: “How The Jews Took Washington” Click Here